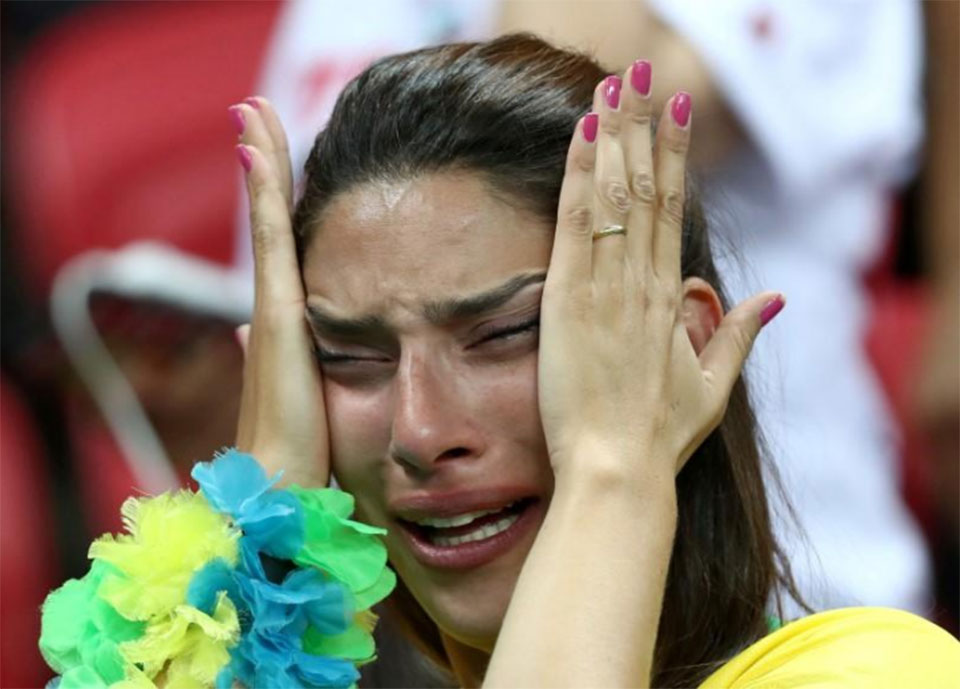 KAZAN, July 7: Kazan’s official participation in the World Cup was coming to an end on Saturday as the Brazil squad made their way to the airport for the long flight home and their fans consoled each other over beers on the streets of the Tatarstan capital.

The Selecao’s quarter-final exit at the hands of Belgium in the last of the six matches in the city on Friday night ensured this would be the first World Cup without at least one of Brazil, Argentina or Germany in the semi-finals.

Remarkably, all three of the soccer superpowers, who have won 11 World Cups between them, bowed out of the tournament at the Kazan Arena.

First to go were defending champions Germany, beaten 2-0 by South Korea to finish bottom of their group in a match that certainly made up for in late drama what it lacked in quality.

Next to depart were Lionel Messi’s Argentina, who were overwhelmed by the pace of Kylian Mbappe and 4-3 losers to France in thrilling last-16 clash that married quality football with tension and atmosphere.

Finally, it was the turn of the Brazilians, unpicked early by the counter-attacking of Belgium’s richly talented side and unable to quite clamber back into the contest.

If it was a rude ending for the travelling fans of the three powers, they at least got the chance to spend some time in Kazan, an elegant city that must rank among the more surprising secrets Russia has revealed to the world during the tournament.

The city, which has a reputation for harmony largely because of the way equal numbers of Muslim Tatars and Orthodox Russians have managed to rub along for centuries, welcomed throngs of foreign fans to their bars and restaurants with open arms.

Their reward was the memories of a four-week football-themed party played out in sultry summer weather with barely a sour note for the accompanying media to report.

There are more permanent reminders of the tournament in the murals of Neymar and Messi painted near the team hotels to afford them the same honour that Cristiano Ronaldo received when he came to Kazan for last year’s Confederations Cup.

Kazan has many older and more impressive monuments, not least the Annunciation Cathedral and Qol Sharif Mosque that tower above the river in the Kremlin, but sport has a special place in the life of the city.

The World Cup is only the latest major event to be held in “Sports capital of Russia”, which has hosted the Summer university games, the world swimming championships and world fencing championships over the last five years.

The ambitious government eventually wants to launch a bid for the Winter Olympics but on Saturday, the people of Kazan looked happy enough to still have a team in the World Cup, for a the few hours until the quarter-final against Croatia at least.

KATHMANDU, June 10: World champions Germany will be looking to defend its title when it kicks off its 2018 FIFA World... Read More...