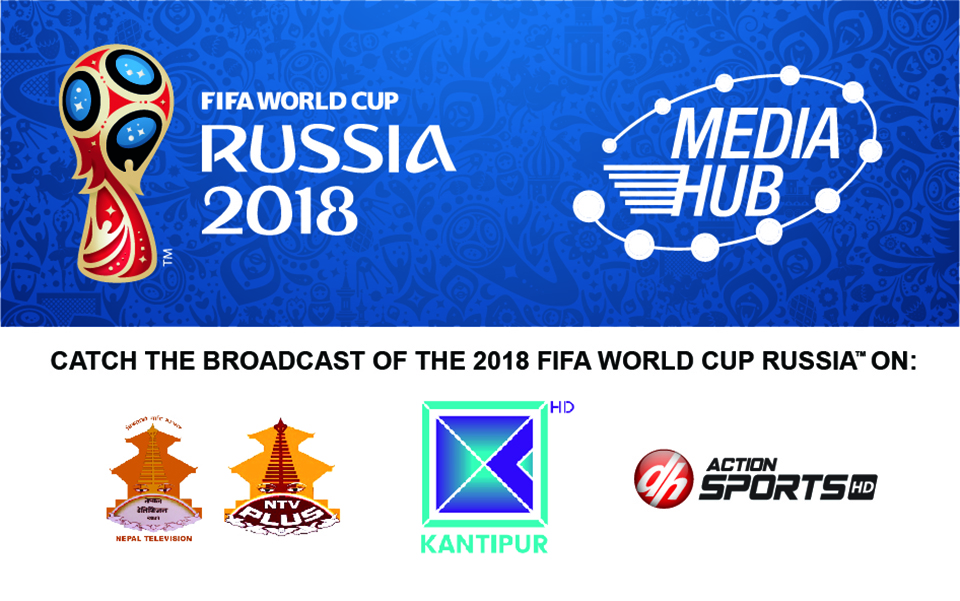 KATHMANDU, June 13: At the moment when football fever is running high everywhere in the world, Media Hub Pvt. Ltd, the official licensee of FIFA World Cup 2018 in Nepal, will broadcast live FIFA World Cup 2018 through four Nepali channels for the convenience of Nepali football fans.  The matches will be broadcasted live through four Nepali channels; NEPAL TELEVISION (NTV), KANTIPUR HD, DH ACTION SPORTS and NTV PLUS.

According to a press released on Wednesday, the company has stated that it has facilitated this convenience with the slogan of Ramro Nai Heraun, Hamro Mai Heraun. Media Hub Pvt. Ltd the oldest and largest media buying agency in Nepal has been the sole authorized Official Television Broadcast Partner of FIFA World Cup 2018 for Nepal.