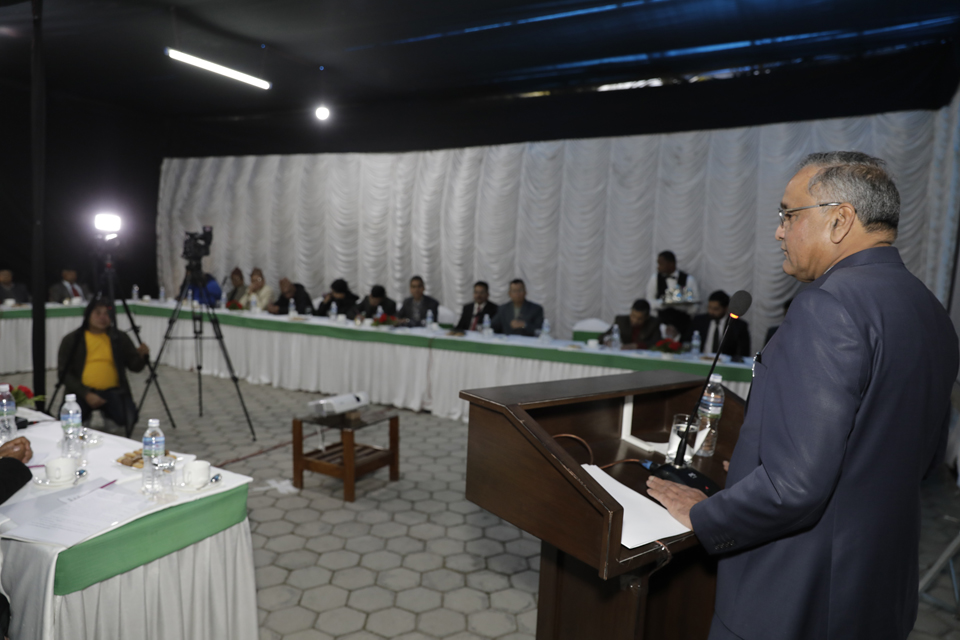 KATHMANDU, Feb 5: On the occasion of the Kashmir Solidarity Day, Pakistan Embassy in Kathmandu organized a talk program on “Jammu Kashmir Dispute: Past and Present”, on Wednesday.

The day is observed every year on February 5 by Pakistanis all over the world to express their solidarity with the people of Jammu Kashmir in their struggle for the right of self-determination.

Speaking at the program, Ambassador Mazhar Javed recollected the genesis of the dispute and the adoption of UN Security Council resolutions giving the people of Jammu and Kashmir their right to self-determination. He also recounted the recent events following the revocation of Article 370 by India. He said that the peace and stability in the region would remain elusive till the Kashmir dispute was resolved in accordance with the wishes and aspirations of the people of Jammu and Kashmir.

Messages from the President, Prime Minister and Foreign Minister Pakistan on Kashmir Solidarity day were read out during the program.

In his message, President of Pakistan Arif Alvi said that Pakistan will continue to raise the issue of Jammu Kashmir at every available forum. He added that India’s illegal actions of August 5 have further strengthened the bond between the people of Indian Occupied Jammu and Kashmir and Pakistan.

In his message, Prime Minister Imran Khan urged the international community to play its role in ensuring respect for the fundamental human rights and freedoms of the Kashmiri people.

Expressing Pakistan’s unshakable solidarity with the people of Indian Occupied Jammu and Kashmir, Khan said “Pakistan will continue its full moral, political and diplomatic support until the Kashmiri people have realized their legitimate right to self-determination in accordance with the United Nations Charter and the relevant UN Security Council Resolutions."

Foreign Minister Shah Mahmood Qureshi said “The international community must do more to support the people of Occupied Jammu & Kashmir in this time of trial and tribulation."

The program was attended by around forty writers, media persons and analysts, as well as representatives of human rights organizations.

Every year, Pakistanis all over the world observe February 5 as ‘Kashmir Solidarity Day’—a designated day to express a feeling... Read More...