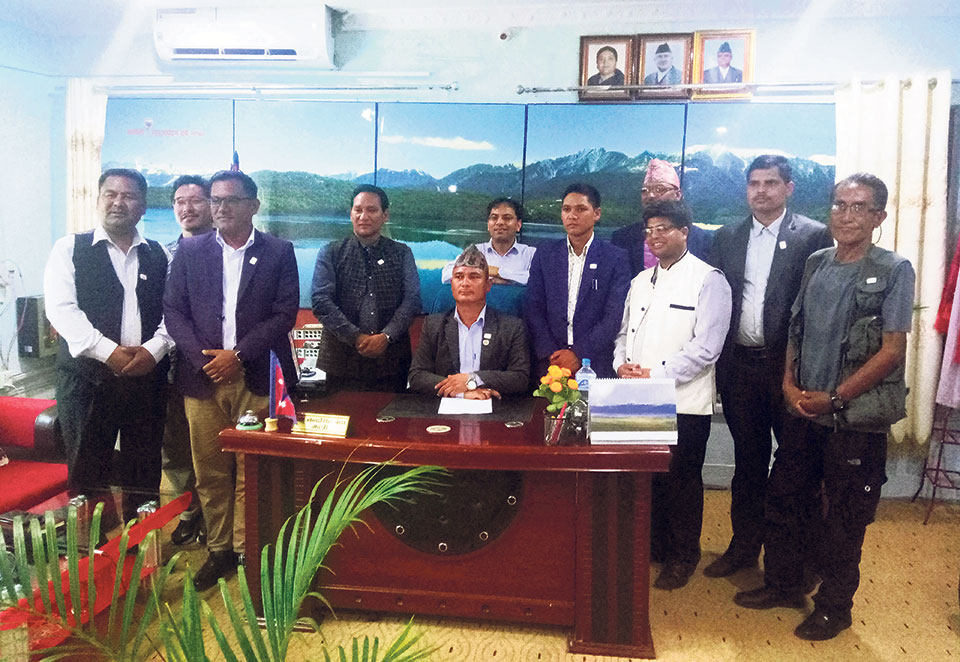 SURKHET, Aug 5: Karnali Province has announced 40 tourist destinations as it warm for Visit Nepal Year 2020 campaign. Of the 40 destinations, 20 are targeted at internal tourists.

Unveiling the destinations, the Minister for Industry, Tourism, Forest and Environment, Karnali Province, Nanda Singh Budha, said the provincial government will focus on promotion and infrastructure development in the destinations.

Limi Valley, Reling, Dudhedaha Lake and Kharpunath of Humla; Rara Lake and Chayanath of Mugu; Chandannath, Patarasi and Sinja Valley of Jumla; Pachal Jharana, Chulimalika and Kot Durbar of Kalikot; and Rakam Karnali and Panchakoshi of Dailekh have made it to the list of destinations unveiled by the provincial government for international tourists. Other destinations include Kankre Bihar, Bulbule Lake, Panchapur and Bidhyapur of Surkhet; Kupinde Daha, Khiarabang and Chhaya Kshetra of Salyan; Sisne mountain, Syarpu Lake, Musikot, and Digre Temple of Western Rukum; among others.

The provincial government has decided to promote Panchdewal of Kalikot; Kalika temple, Dahachaur, Kushe Jalajala of Jajarkot; and Kharpunath Shivalaya and Patarasi Mountain of Humla as the destination for internal tourism. It has also prepared 'Ancient Karnali, Land of Civilization' as the province's slogan for Visit Nepal Year campaign. The provincial government also plans to appoint five goodwill ambassadors to promote tourism in Karnali Province.

Similarly, the province has also decided to open a liaison office in Kathmandu for promotion of Karnali Province.