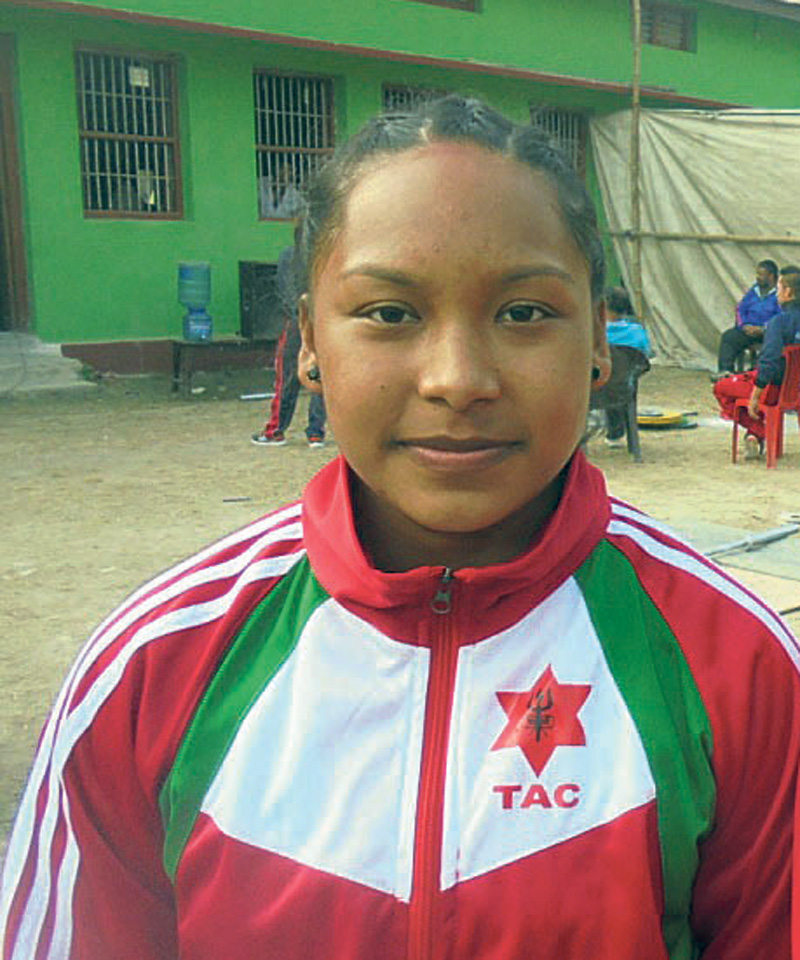 Kamal who competed in men’s 85 kg section lifted 155 kg in clean and jerk to surpass Gyan Bahadur Shrestha’s record of 154 kg set during the 10th South Asian Games in Colombo, Sri Lanka in 2006. Kamal, also the gold medalist of the same edition of Colombo SAG lifted 105 kg in snatch for a total of 260 kg for gold.

Kamala who participated in women’s 58 kg set three national records including 66 kg in snatch, 79 kg in clean and jerk for a total of 145 kg. She broke Jhanta Katuwal’s  record of  65 kg in snatch and 142 kg in total 11 years ago in Luvu, Lalitpur. She eclipsed Uttam Khatri’s 78 kg record in clean and jerk set five years ago in Birgunj. Earlier, on Sunday Devi Chaudhary of Nepal Police Club set new national record in women’s 53 kg section.

Women’s 63 kg event saw, Junu Maya Chhantyal of Police secure top finish. She lifted 60 kg in snatch and 80 kg in clean and jerk for a total of 140 kg.