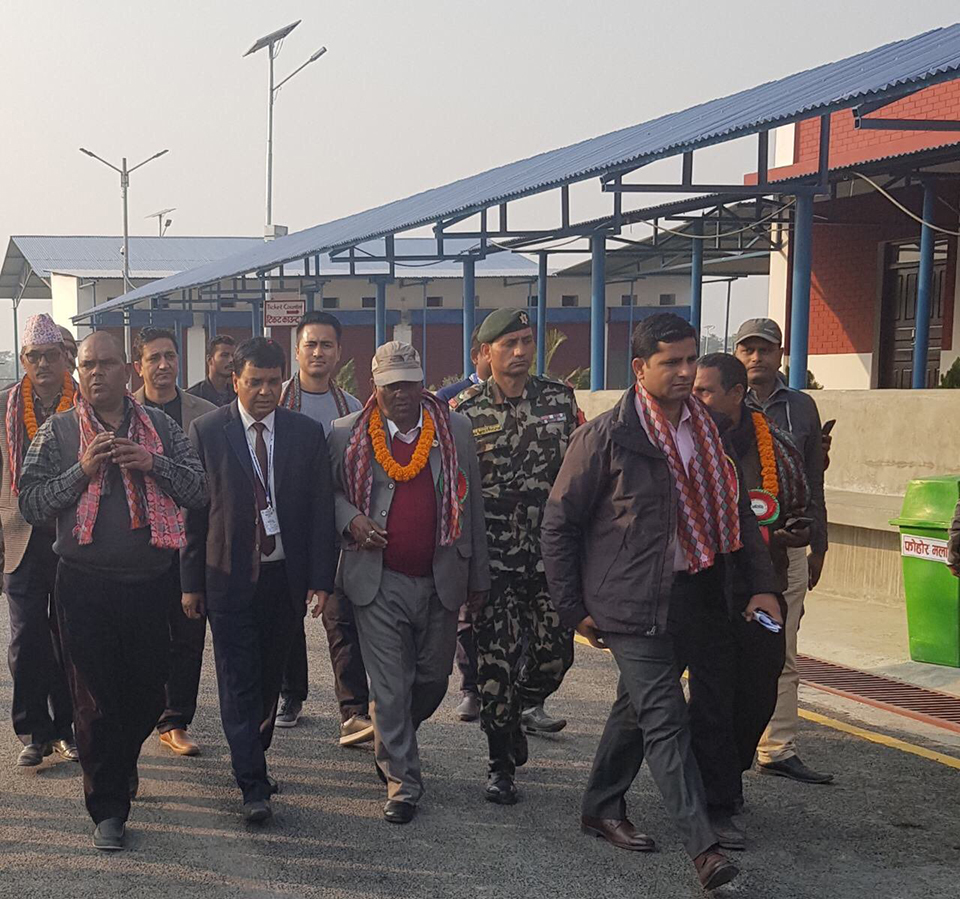 The company completed its works at the bus terminal (bus park) under a project worth Rs 1.02 billion, at a time when most of the development projects are constantly delayed and have caused problems to the government due to both time and cost overruns.

Ujjwal Prasai, chief of the federal government's project implementation unit based in Morang under the Ministry of Urban Development, announced completion of the project and handed it over to the mayor of Inaruwa Municipality, Rajan Mehta.

Prasai also informed that the contractor was felicitated for completing works before deadline.

The Ministry of Urban Development has also recognized the contractor for completing its tasks. The project's set deadline was August this year.

Unlike most public infrastructure of the country, the bus park is disabled-friendly.

However, despite being lauded for its notable work in the project, the company is not free from controversies and corruption charges.

The Commission for the Investigation of Abuse of Authority (CIAA) has filed a charge-sheet against the founder of the company Bikram Pandey, who is also a former lawmaker, at the Special Court for corruption due to the company's substandard works in the Sikta Irrigation Project.

Benches fixed at SC, hearing yet to start
12 minutes ago

Omicron coronavirus variant found in multiple US states
44 minutes ago

NC releases banner for its general convention
45 minutes ago

Both Thapa and Lingden announce their teams, 235 delegates nominated to the convention
53 minutes ago