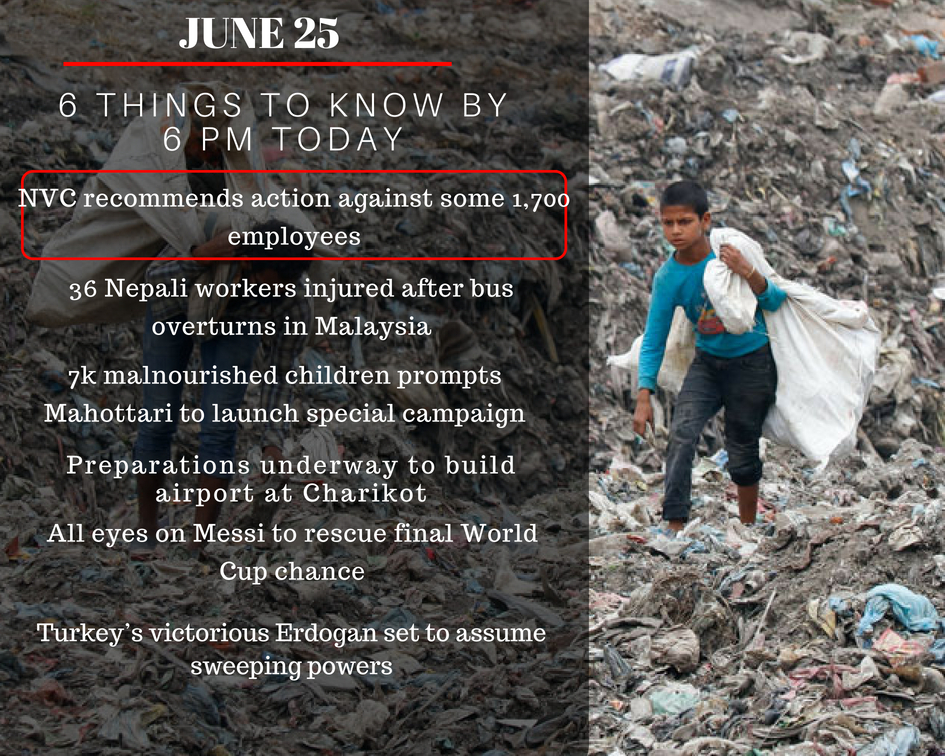 NVC recommends action against some 1,700 employees Thirty six Nepali workers sustained minor injuries after a factory bus carrying around 38 workers overturned after crashing into a road divider at Tingkat Paya Terubong, Ayer Itam in Malaysia early morning today, according to a local newspaper. The factory bus of Plexus, a company that manufactures electrical materials, was heading to Sea Side when it overturned. More than 1,000 Nepali workers work in the company. Bhimeshwar Municipality of Dolakha has started doing homework to construct airport in the district.  The municipality has started working on the airport construction taking the traffic congestion, growing number of tourists and activities due to hydropower projects into consideration. The world will be watching Lionel Messi on Tuesday as he and his Argentina team-mates attempt to rescue their Russia 2018 campaign against Nigeria. Recep Tayyip Erdogan is set to extend his rule and take on sweeping new powers after winning landmark presidential and parliamentary elections. Erdogan has dominated Turkish politics for the past 15 years. The Turkish leader is accused by critics of adopting increasingly authoritarian tactics. Analysts predict an economic downturn amid rising inflation and a struggling currency. His win could deepen Turkey’s rift with Western allies, who are already concerned by setbacks in democracy and human rights as well as Turkey’s closer ties with Russia