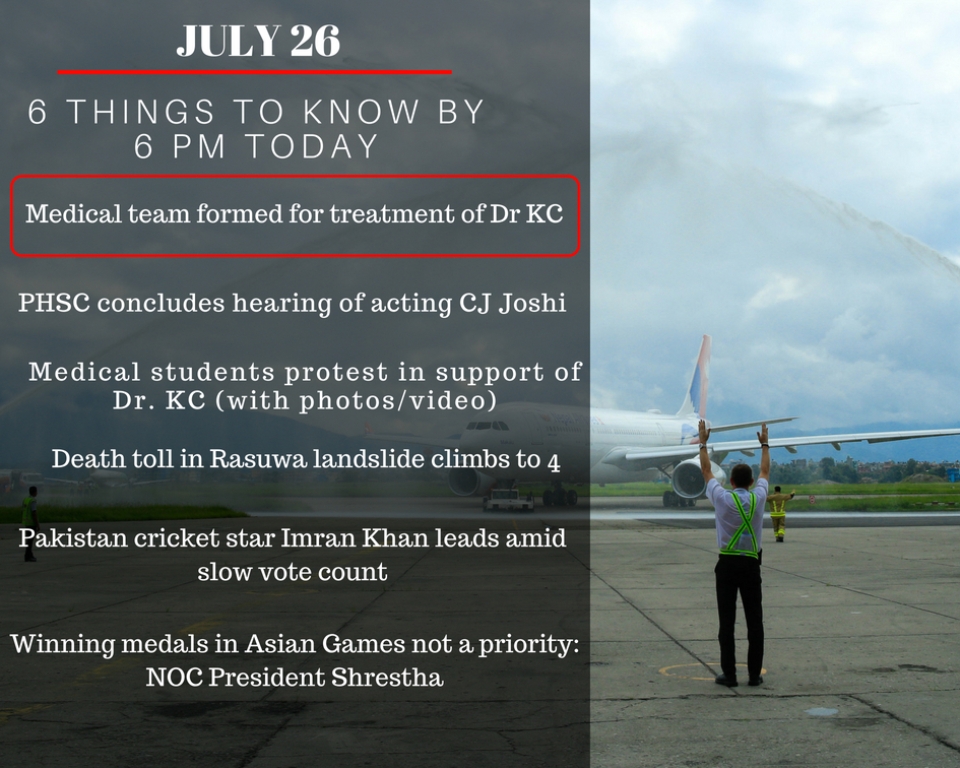 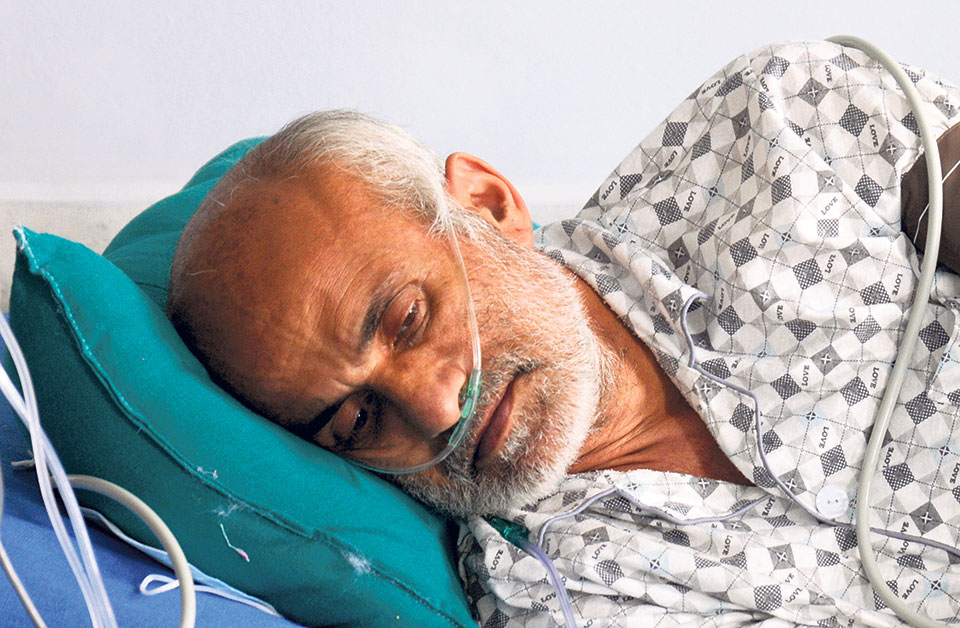 Hospital has formed a 9-member medical team for the treatment of Dr Govinda KC who is on a hunger strike for the last 27 days, the longest so far. Executive Director of the hospital Mandira Wanta has formed the team led-by Dr Pradeep Krishna Shrestha, department head of general physician and nephrologist Dr Divya Sing Shah on Thursday. Shah is personal doctor of Prime Minister KP Sharma Oli. 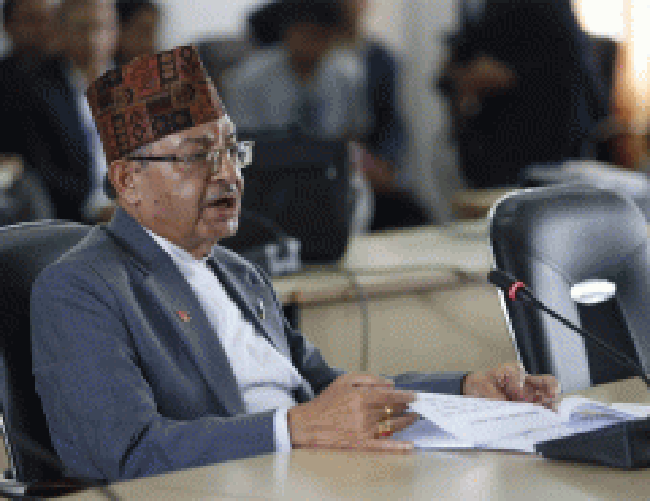 The Parliamentary Hearing Special Committee (PHSC) has concluded hearing for acting Chief Justice Deepak Raj Joshi on Thursday. The PHSC will give its decision on Friday. In the meeting, Acting CJ Joshi refuted media reports questing his educational certificates and submitted a copy of his SLC certificate to the hearing committee.

Medical students protest in support of Dr. KC (with photos/video) 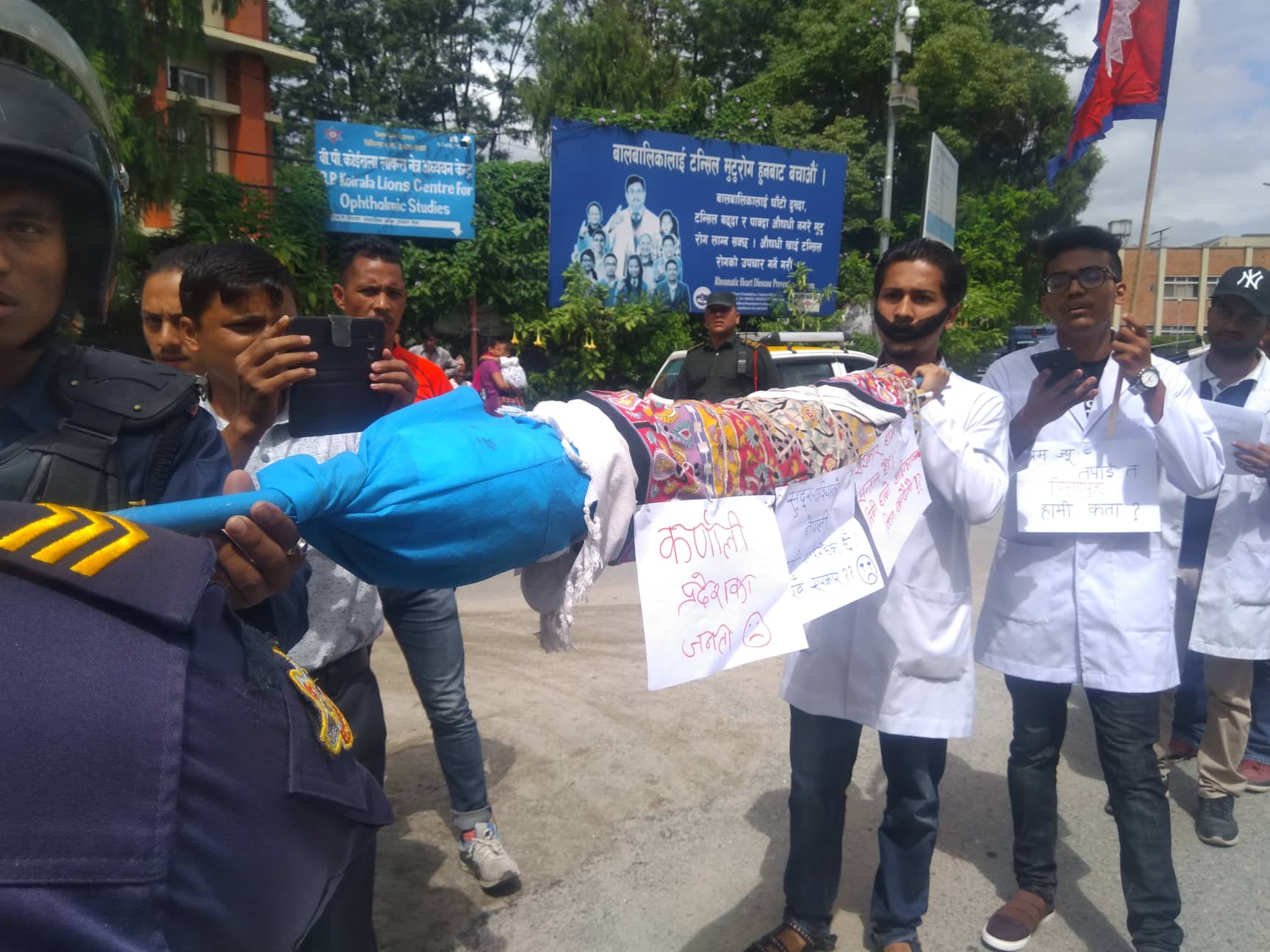 Medical students are staging a demonstration at TU Teaching Hospital in support of Dr. Govinda KC on Thursday. A huge number of students in white apparel have gathered at TUTH and are trying to advance toward Prime Minister's residence, Baluwatar.They are staging a demonstration to pile pressure on the government to address the demands raised by Dr Govinda KC. The talks between the respresentatives of Dr KC and the government team held at the Ministry of Education ended inconclusively yesterday. 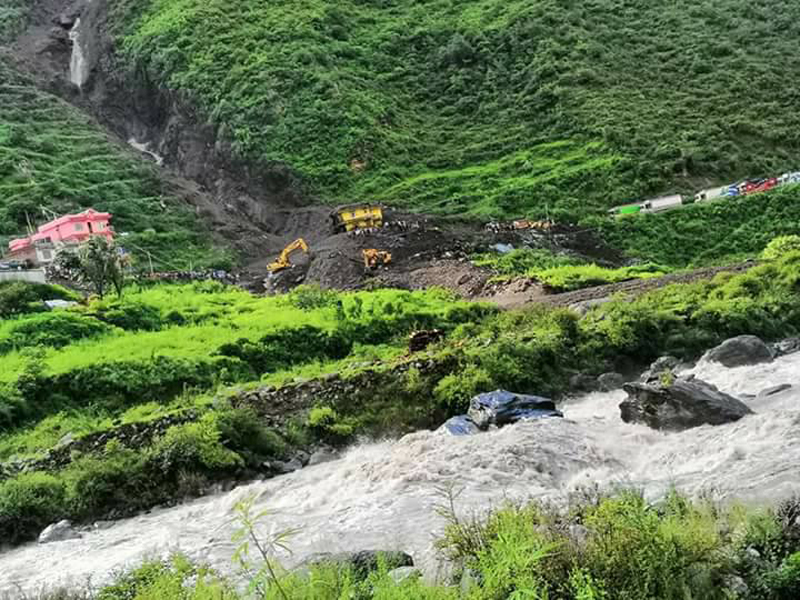 At least four people have died while five others have gone missing in a landslide that occurred in Timure of the district on early Thursday.The deceased have been identified as Shyam Tamang, Mangal Tamang, Bikram Newar and Sus Khadka of Bhotekoshi-4. All the four killed were the cargo drivers, according to Police Inspector Dilip Chhetri. Police said they are searching the missing ones.

Pakistan’s former cricket star Imran Khan and his party were maintaining a commanding lead Thursday amid slow and tedious counting of ballots from a historic election the previous day that was marred by allegations of fraud and militant violence. Election officials said an official count confirming Pakistan’s next government was expected later in the evening. 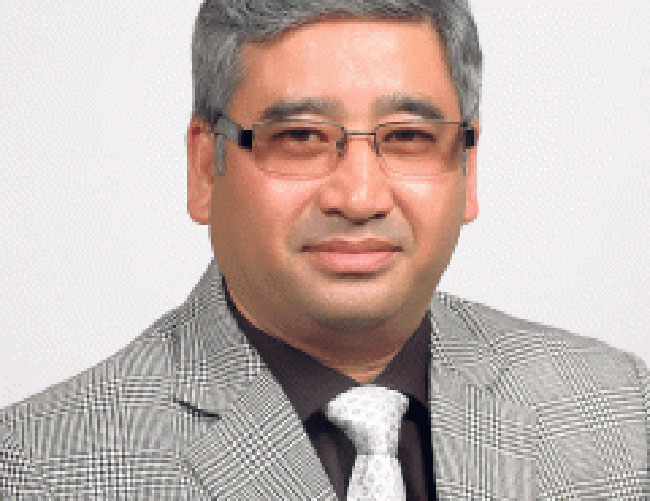 Nepal’s preparations for the 18th Asian Games, which is just around the corner, are on a rapid track. However, a major sport authority of the country sees the games more as a warm up for the next year’s South Asian Games (SAG) than an opportunity to win medals.