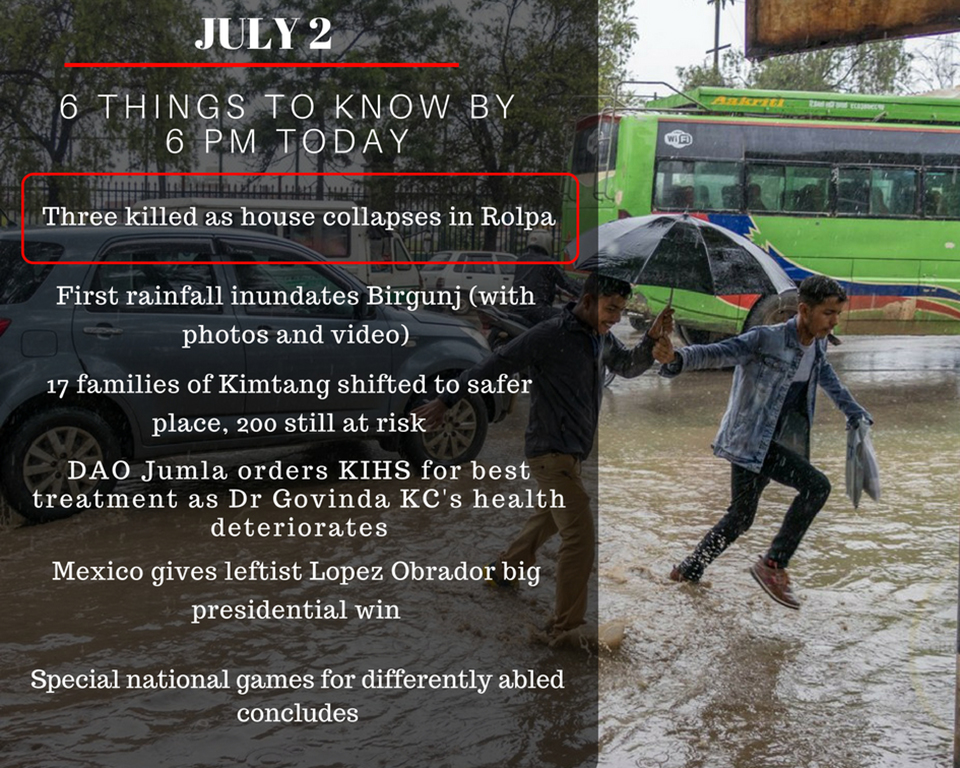 Three people were killed after their house collapsed in Runtigadhi Rural Municipality-5, Sauwang of Rolpa.They were sitting around a fire to keep themselves warm when the roof fell down. 17 families of Kimtang shifted to safer place, 200 still at risk

Seventeen families from Myagang rural municipality-4 of Nuwakot have been shifted to safer locations after landslides posed threat to their settlements. The local administration shifted the familes to Chandradevi Secondary School. Mexican voters delivered a tidal wave presidential election victory to leftist Andres Manuel Lopez Obrador, giving him a broad mandate to upend the political establishment and govern for the poor. Lopez Obrador, who campaigned on vows to transform Mexico and oust the “mafia of power” ruling the country, rode widespread voter anger and discontent with the governing Institutional Revolution Party, or PRI, of President Enrique Pena Nieto and had led opinion polls since the beginning of the campaign.