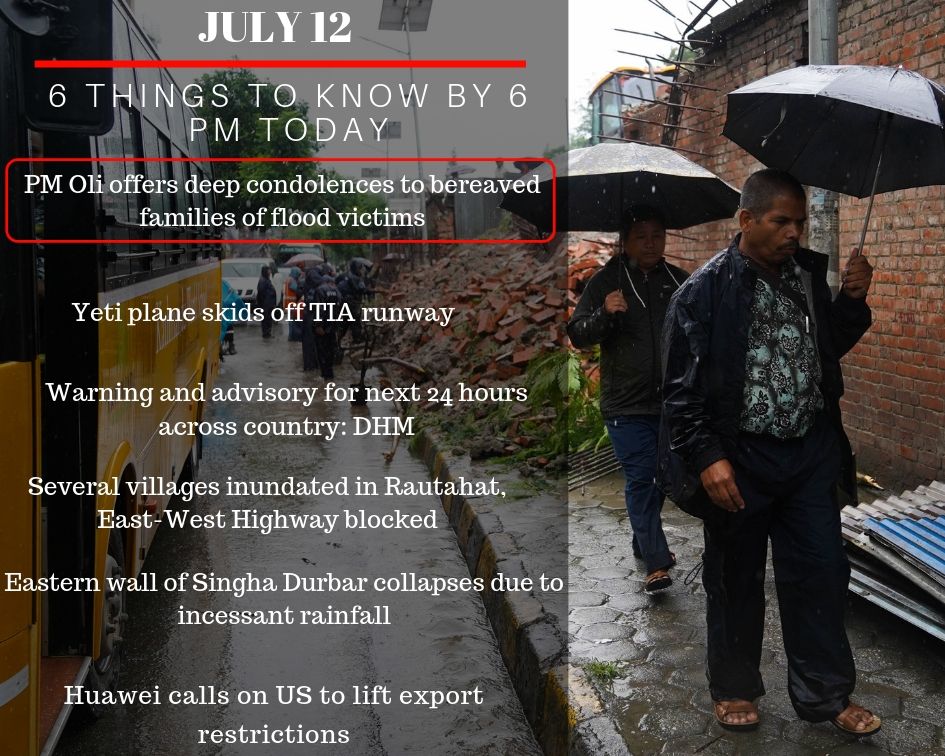 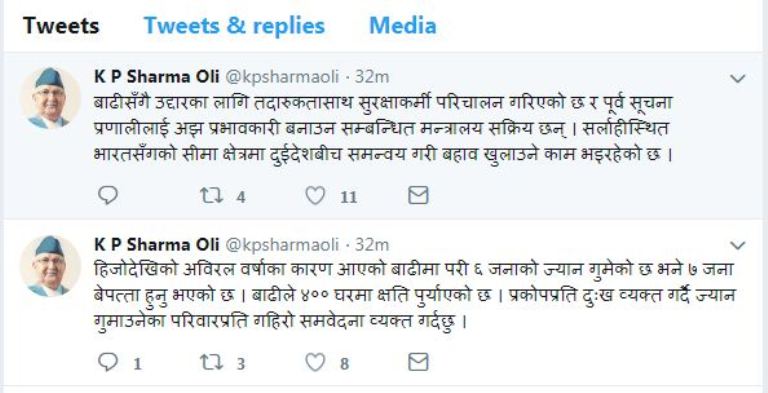 An aircraft belonging to Yeti Airlines skidded off the Tribhuwan International Airport (TIA) runway. All passengers and crew members are safe. The plane, flown from Nepalgunj, skidded onto a grassland after missing the runway.  The incident occurred when it was preparing to land at the TIA. 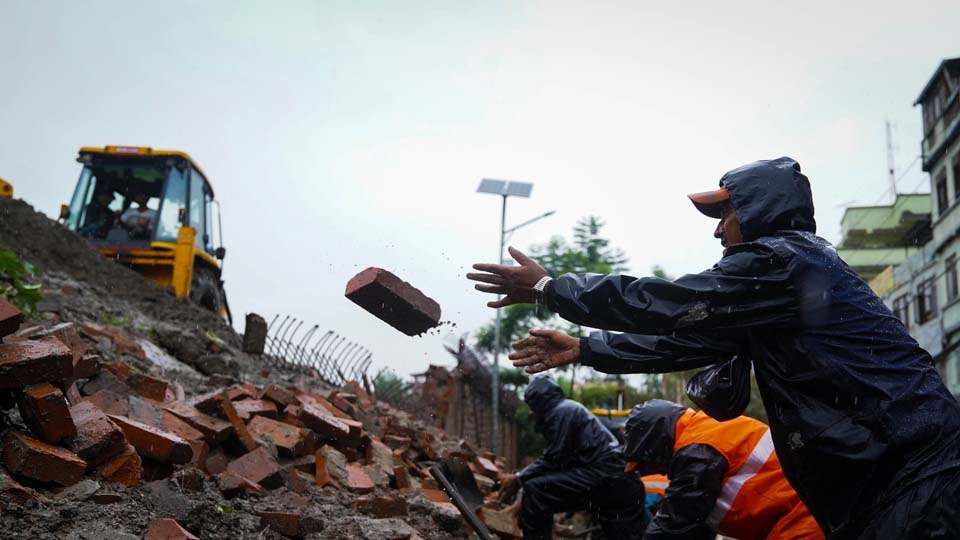 Warning and advisory for next 24 hours across country: DHM

MFD under DHM has issued an alert warning and advisory for the next 24 hours across the country. According to the MFD, the Eastern and central areas of the country will receive heavy rainfall. Likewise, the Eastern Terai region and mid-hill region will receive an extremely heavy rainfall which may also cause landslide in those areas. The division has mentioned that with the rise in water level around the middle and eastern Terai region, people living in those flood-prone settlements have been informed about the risk of flooding.

Floods caused by incessant rainfall have inundated half a dozen villages in Rautahat. The swollen Bagmati and Lal Bakaiya rivers have kept Banjaraha, Auraiya, Belbichwa, Badharwa and Gadho villages under water for the past three days. Continuous rainfall in the district has hit the life hard. Floodwater at Bagmati and Lal Bakaiya embankments has submerged dozens of houses in the districts.

Huawei calls on US to lift export restrictions 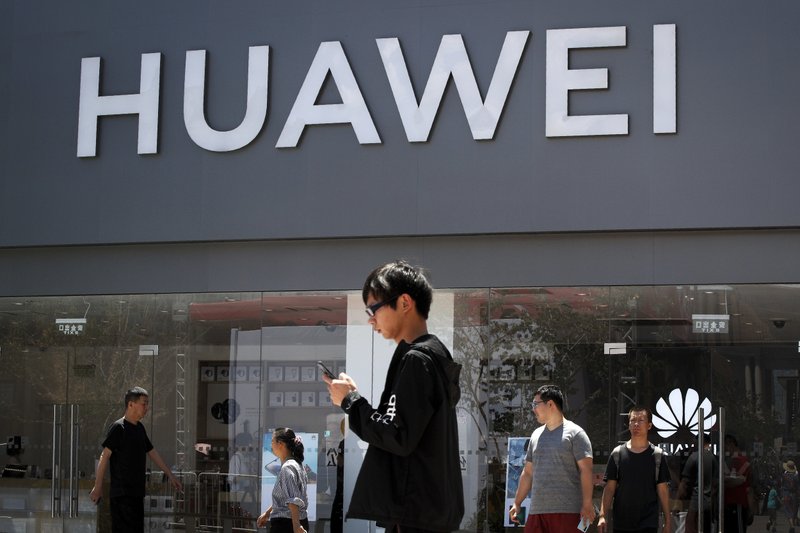 US President Trump promised last month to allow some sales to Huawei but said it will stay on the “entity list” until talks over Washington’s tariff war with Beijing are concluded. Trump’s export curbs are a blow to U.S. suppliers of chips and other technology for which Huawei is one of the biggest buyers. Huawei also is developing its own chips and other technology, which would reduce the amount it spends on U.S. components and help to insulate the company against possible supply disruptions.

KATHMANDU, July 12: Singha Durbar, the country's administrative hub, has also been affected due to the incessant rainfall since Thursday night. ... Read More...