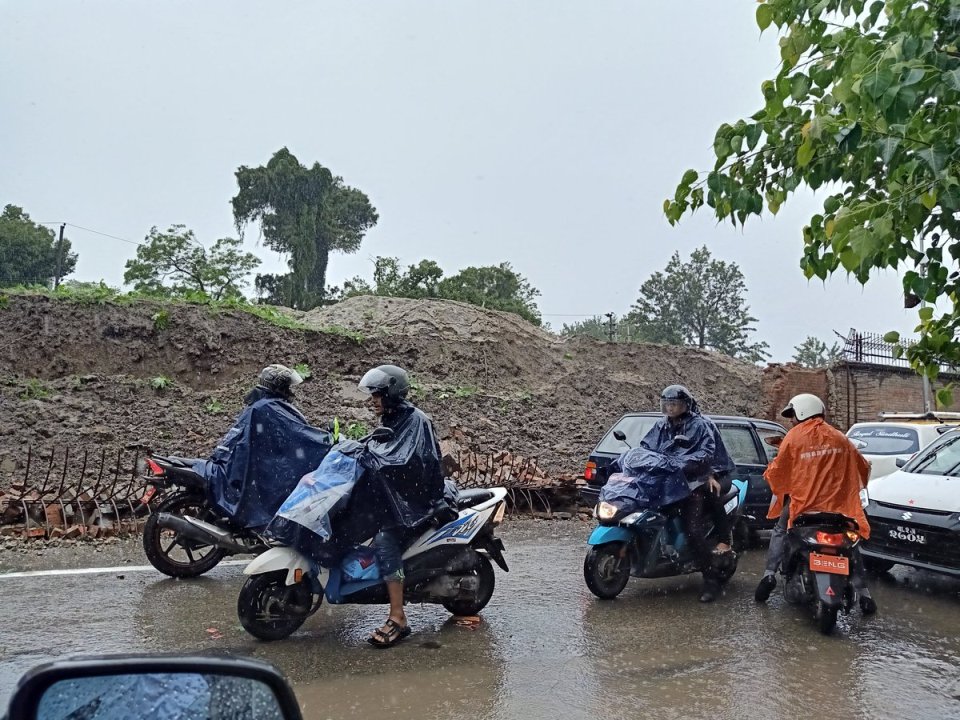 KATHMANDU, July 12: Singha Durbar, the country's administrative hub, has also been affected due to the incessant rainfall since Thursday night.

An eastern wall of Singha Durbar was collapsed due to incessant rainfall on Friday morning. Vehicular movement on the Anamnagar-Baneswor road section was halted following the wall collapse. However, two-way traffic movement has resumed now, according to Metropolitan Police Circle Singha Durbar.

Various parts of the country including Kathmandu Valley are witnessing an increase in monsoon activity resulting in rainfall across the country in the past few days.

The monsoon activity is expected to continue for the next three days across the country.

Continuous rainfall since Thursday evening in the capital has caused an increase in water flow in the Bagmati River and its tributaries—Bishnumati, Dhobikhola, and Manohara.

Neither damage to property nor any human casualty has been recorded so far in Kathmandu though it has been torrential rainfall since Thursday evening.

Many places in the capital are flooded due to excessive rainfall.

BIRGUNJ, July 2: The first rainfall at Birgunj has flooded main city area and other parts of the districts, including... Read More...