KATHMANDU, May 18: Janata Samajbadi Party (JSP) which remained sharply divided on whether to support the KP Oli-led government earlier has decided not to join any new government.

A meeting of the chairmen duo of the party, Mahantha Thakur and Upendra Yadav on Tuesday made a decision to this effect. The two leaders have agreed to take the opportunity if there are chances to form a new government led by the party.

Amid reports that the party was already on the verge of a split, the two top leaders of JSP have also agreed to complete the unification process of the party's committees and sister organizations.

During the vote of confidence in parliament earlier, lawmakers close to Upendra yadav had voted against Prime Minister KP Oli. A total of 15 lawmakers close to Thakur had chosen to stay neutral. Issuing a joint statement, Thakur and Yadav maintained that the lawmakers were given permission to use to their discretion during the voting process.

Earlier, Yadav had proposed stopping possible split of the party as the two sides engaged in issuing statements and counter-statements. The intraparty tensions between the two factions peaked especially after the Thakur-led faction announced the appointment of Rajendra Mahato as the parliamentary party leader of the JSP. 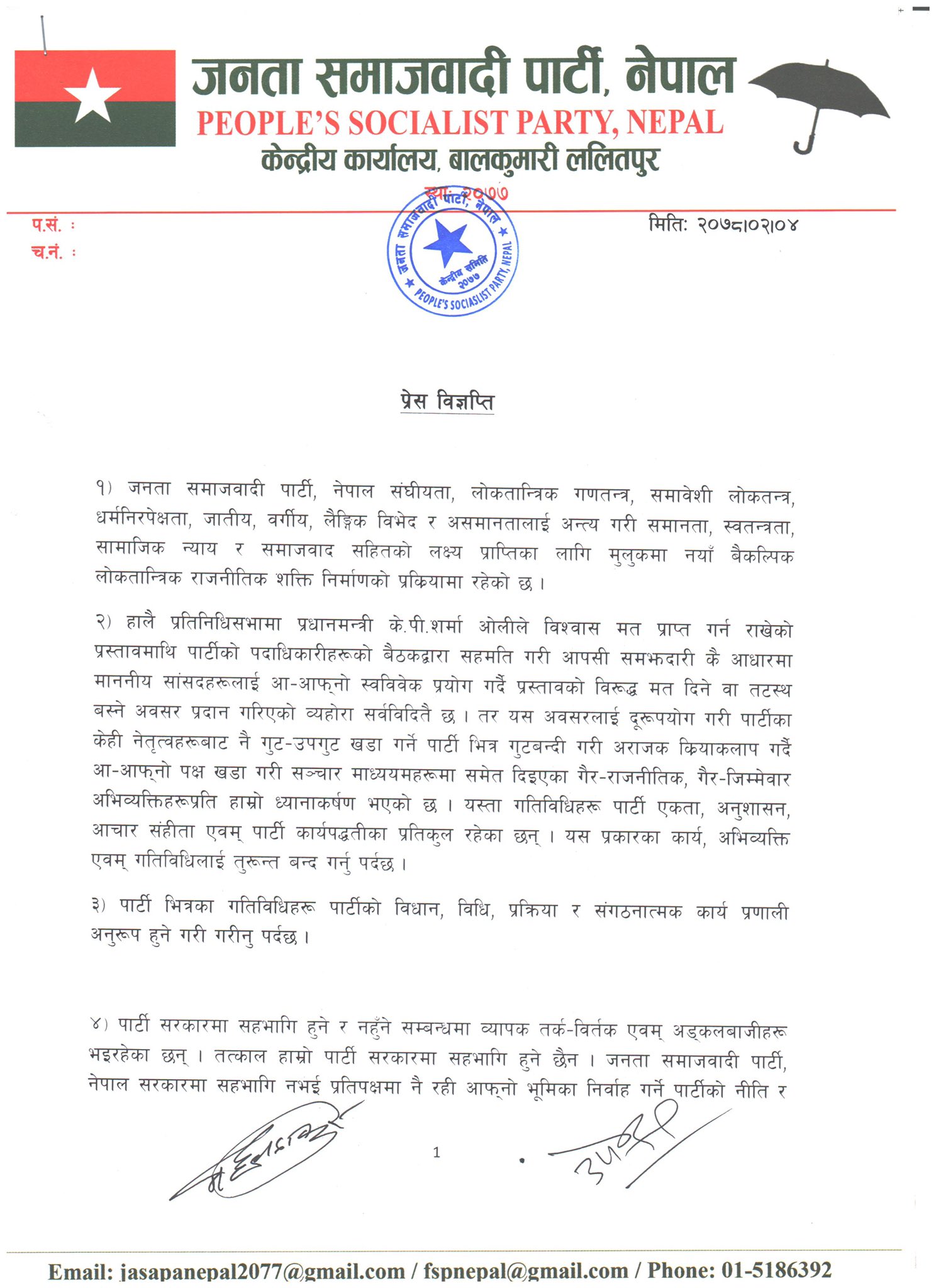 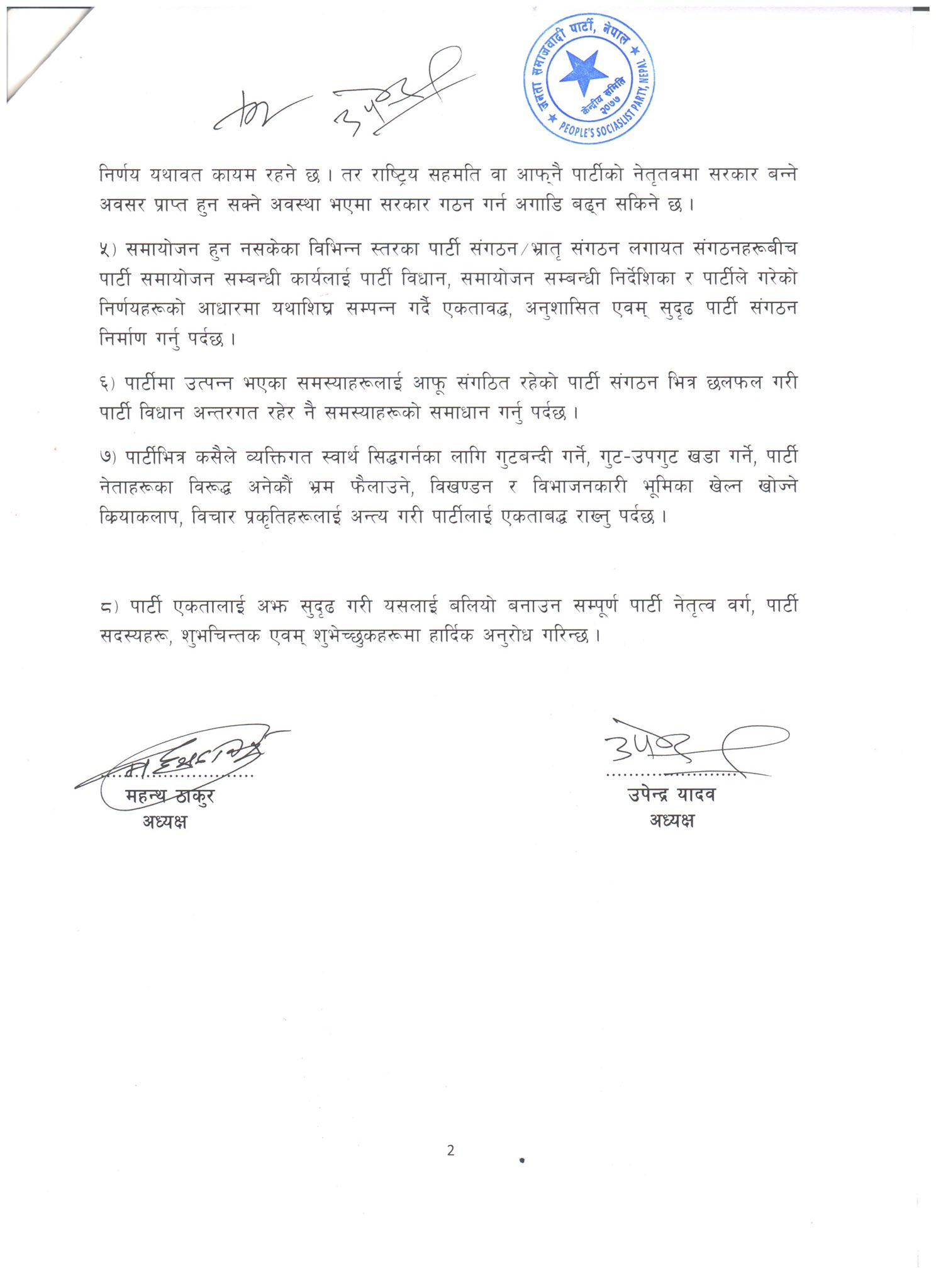