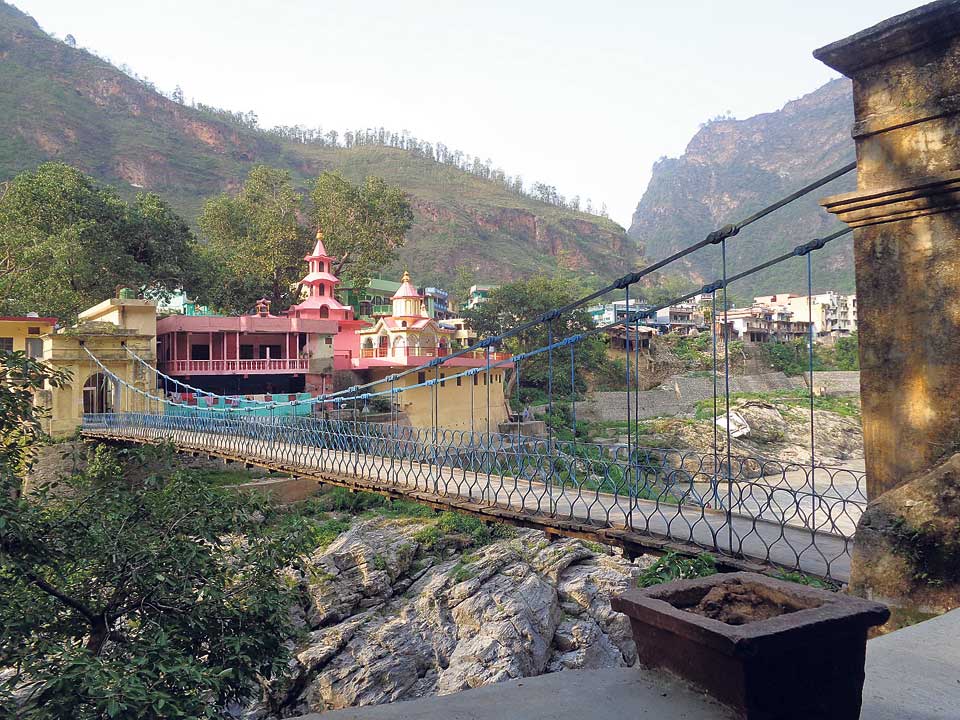 BAITADI, Feb 16: The locals of Jhulagaht of Baitadi district have sent a memorandum to the prime minister to immediately build a motorable bridge over the Mahakali River.

The residents of the far-western district have said that they have been facing serious risk of life due to the existing suspension bridge that is already 150 years old and is in a dilapidated state.

They sent the memorandum to head of the government through the chief district officer of the district, Chandra Prasad Gaire.

As the repeated requests of the locals have failed to yield any result, they have now formed a struggle committee to press the government to build a new bridge.

They have said that the lack of motorable bridge has considerably hindered the economic development of the region, as the local businesses and trader have not been able to utilize the added efficiency that would come with motor vehicles.

The bordering town of Jhulaghat is an old entry point to India from many far-western districts of Nepal. It is still a popular route for the locals to travel to different parts of India, and vice-versa for Indian travelers to Nepal. Currently, about 100 people use the route every day to travel to India for employment and shopping.

The lack of motorable bridge connecting the Nepali and Indian territories has rendered the road-infrastructure built on either side of the border useless, according to locals.

A survey conducted in 1998 had proposed to build a bridge 104 meters long and 4.25 meters wide. In 2006, a Detailed Project Report (DPR) was finalized to construct the bridge that estimated the total cost at Rs 65 million. But no action has been taken yet.

The Uttarkhand state government of India also has been pushing for the building of the bridge to connect the two regions.

The construction of motorable bridge would mean an access to a much bigger market for the local producers in the region as well as access for the Indian people to the cultural and religious tourist sites of Nepal. Residents of neighboring districts Dareldhura, Doti, Darchula, and Bajang would also benefit from the construction of the bridge.

BAITADI, April 22: Twenty-six people have committed suicide in the first nine months of the current fiscal in Baitadi, a district... Read More...

One teacher for handling primary school in rural Baitadi

BAITADI, Nov 25: It may sound unusual a single teacher looking after a school with over 100 students. But it... Read More...