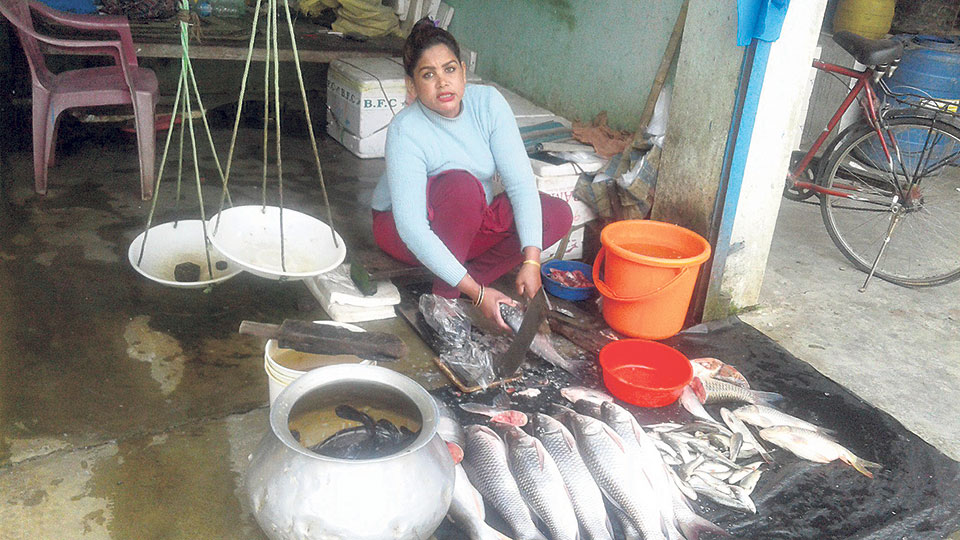 DAMAK, March 6: The demand for meat products has seen a steady rise in Jhapa.

According to Jhapa Meat Traders Association, there are 1,100 meat shops in Birtamod, and 900 each in Bhadrapur and Kakarbhitta.

“The demand for meat products is high in Damak. This explains high concentration of meat shops in this town,” Uddhav Neupane, president of the association, told Republica. “Many small-scale meat shops are in operation in different parts of the district. But they have not registered their businesses.”

Most of the meat shops in the district sell chicken. “This is because one can start chicken shop with relatively low investment,” he added.

Out of 1,300 meat shops in Damak, more than 1,000 sell chicken. Other shops sell fish, mutton and buff, according to Neupane.

Chicken shops in Damak alone do business of around Rs 1 million every day. Demand for mutton, however, is low largely because of its high price tag. According to Neupane, mutton worth around Rs 550,000 in traded in Damak on a daily basis. Mutton is retailed at Rs 700 per kg, while chicken sells for around Rs 330 per kg.

Likewise, daily transaction of buff and fish is worth around Rs 500,000 and Rs 200,000, relatively.
“There is a high demand for non-vegetarian food in local hotels and restaurants,” he said, adding that individual homes and small-scale eateries slaughter animals on their own.

Although demand for chicken is high, mainly due to its lower price, meat traders say the demand for mutton is also significant.

Despite high price tag, demand for mutton has not fallen, traders say.
Dilchan Adhikari, who became butcher three decades ago, said he is slaughtering two goats on a daily basis. “Earlier, I used to slaughter as many as five goats per day. This does not mean that demand has fallen. There are many butchers these days. Customers these days have multiple choices,” he added.