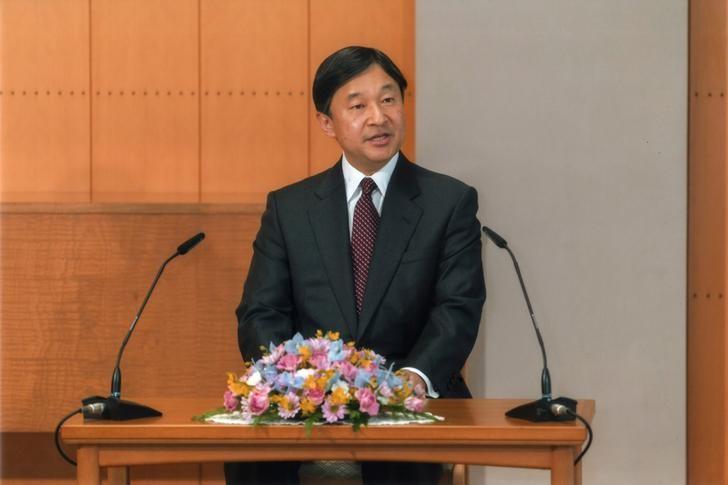 TOKYO, June 13: Japanese Crown Prince Naruhito said on Tuesday he will devote himself "body and soul" to his job as emperor, just days after a law was enacted allowing his father to abdicate, which would be the first abdication by a Japanese emperor in two centuries.

Emperor Akihito, 83, who has had heart surgery and treatment for prostate cancer, said in rare public remarks last year he feared age might make it hard for him to continue to fulfil his duties.

Japan's parliament on Friday enacted a law that will allow Akihito to step down and be succeeded by Naruhito, 57, which news reports say will take place late in 2018 or early in 2019.

Akihito, the first emperor to never have been considered divine, has worked for decades at home and abroad to soothe the wounds of World War Two, fought in his father Hirohito's name - work that Naruhito, who said he had been "extremely moved" by his father's desire to step down, said he would continue.

"The emperor has worked for many years, taking each task to heart extremely seriously, serving as a symbol of the people and sincerely seeking out the proper way an emperor should be," Naruhito told a news conference ahead of a visit to Denmark.

Speaking at his palace in the heart of Tokyo, Naruhito added: "I intend to devote myself heart and soul to the duties he passes on to me."

Naruhito, a student of mediaeval transport who espouses environmental causes and has called for more men to be hands-on fathers, will be the first Japanese emperor to have received a university degree, from Tokyo's Gakushuin University.

He defied palace officials to marry Masako Owada, a Harvard- and Oxford-educated diplomat. Masako, 53, has suffered from depression brought on by the stresses of palace life and demands she bear a royal heir, and her public appearances have been limited in recent years.

Naruhito said that Masako had also been invited to visit Denmark, but that due to the demands of the trip as well as duties at home, the decision was made that he would go alone.

"Masako is continuing treatment and while taking care of her health is making efforts to carry out as much as possible, but she still has ups and downs in her condition so that what she can do - including foreign trips - cannot be expanded quickly," he said.

"At this point, it's difficult to judge about future foreign travel."

Tourism at all time low in tourist destinations
15 hours ago