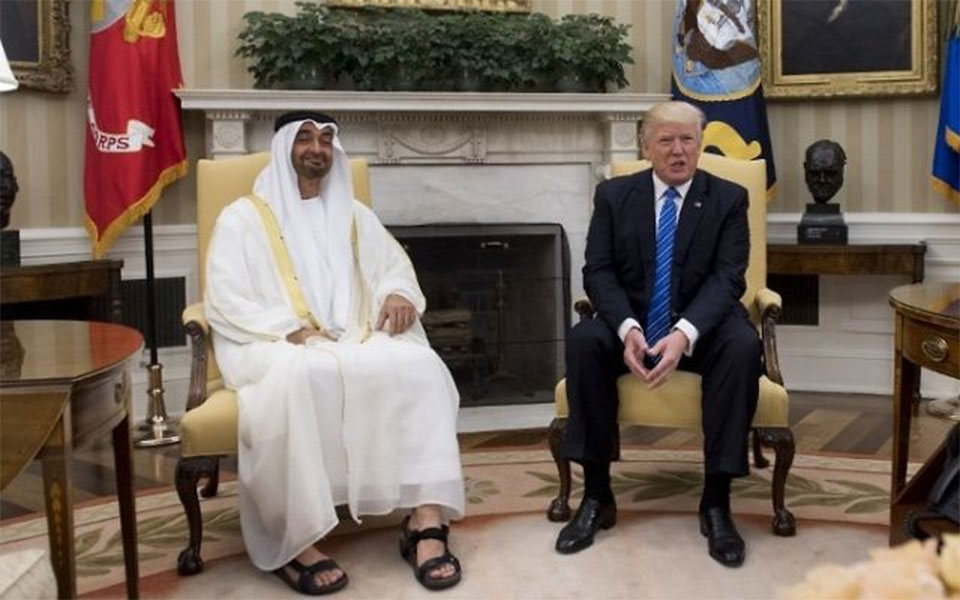 The news comes after Washington said Trump would host Qatar’s Emir Tamim bin Hamad Al Thani on April 10 in an effort to end a diplomatic spat that has riven America’s Gulf allies.

The White House said Trump spoke on the phone with bin Zayed, his country’s de facto ruler, “to discuss regional developments and opportunities for increasing cooperation on a range of security and economic issues.”

A statement added: “The leaders agreed that all GCC (Gulf Cooperation Council) states can and should do more to increase coordination with each other and with the United States to ensure the peace and prosperity of the people in the region.”

It said the pair “agreed on the importance of a united GCC,” in what appeared to be a reference to the regional dispute, since the GCC member countries are Bahrain, Kuwait, Oman, Qatar, Saudi Arabia and the UAE.

Trump had taken a hard line against Qatar, saying the country needed to scale back ties with Iran and stop funding extremism.

Aides — mindful of the pivotal role that the Al Udeid Air Base outside Doha plays in US Middle East operations — have since convinced him to take a more moderate approach.