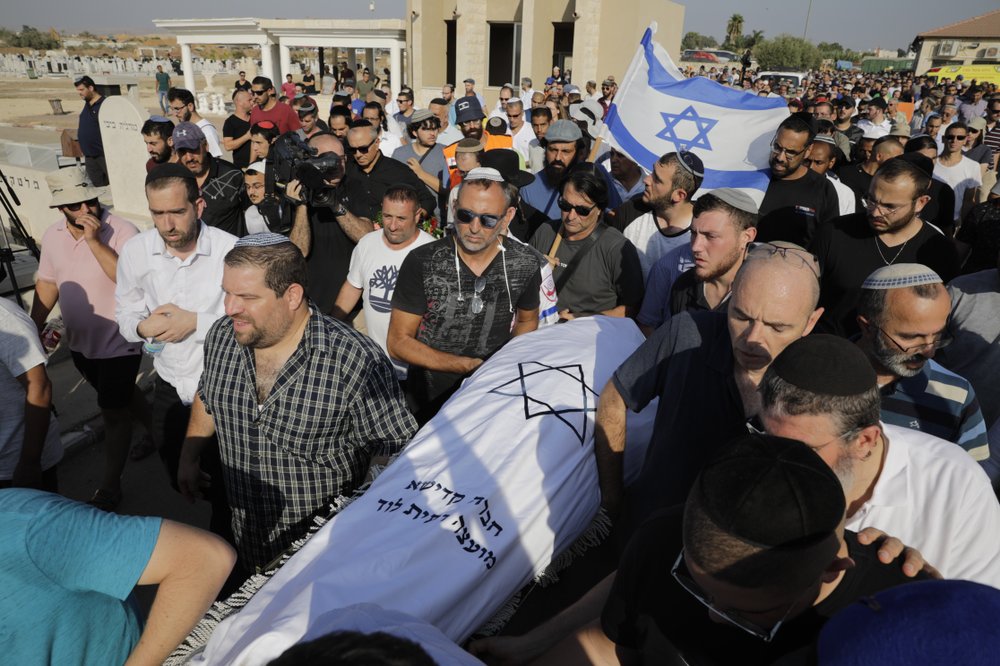 JERUSALEM, Aug 23:  An explosion Friday near a West Bank settlement that Israel said was a Palestinian attack killed a 17-year-old Israeli girl and wounded her brother and father, Israeli authorities said.

Initially, three Israelis were reported wounded in the blast on Friday near the Dolev settlement, northwest of Jerusalem.

But Israel’s rescue service, known as Magen David Adom, later said the girl died of her wounds and her 21-year-old brother was in serious condition. Their 46-year-old father was moderately wounded, it said.

Israeli Prime Minister Benjamin Netanyahu offered condolences to the family and vowed to pursue the perpetrators and “strengthen” Israeli settlement in the occupied West Bank. President Reuven Rivlin denounced the attack as “despicable” and said in a statement that he was “shocked and saddened” at the death of the teen.

The family was at a water spring when the explosion occurred, according to reports. It wasn’t known whether an explosive device was thrown at them or had been planted there earlier.

Tensions have been high in the West Bank in recent weeks, fueled by clashes between Palestinians and Israeli police at a Jerusalem holy site revered by both. The clashes erupted at the flashpoint compound, which Jews call Temple Mount and Muslims the Noble Sanctuary, on Aug. 11 as Islamic and Jewish holidays coincided.

In the Gaza Strip, the leader of the territory’s Hamas rulers, Ismail Haniyeh, welcomed the attack, describing it as “a heroic operation.” He did not claim responsibility but praised the attackers “regardless of who they are ... they are the sons of Jerusalem and this holy land.”

Referring to the Jerusalem shrine, Haniyeh urged the Israelis to “get away from this gunpowder keg,” warning that attempts by Jews to enter the compound on which al-Aqsa Mosque is built would lead to further escalation.

“There is no prayer for you in al-Aqsa, because al-Aqsa and Jerusalem are for us,” he said.

Violence has simmered in the West Bank for months, especially after Washington recognized contested Jerusalem as Israel’s capital last year. The Palestinians want a future state in Gaza, the West Bank and the eastern part of Jerusalem.

Earlier this month, an off-duty Israeli soldier was killed near the West Bank city of Hebron, where he studied at a seminary combining military conscription with religious classes. Israel arrested the suspects two days later in a raid on a Palestinian town.

The instability in Jerusalem and the West Bank spilled over into Gaza, where five rockets have been launched into Israel over the past week, followed by retaliatory Israeli airstrikes. Eight Palestinian militants have also been killed trying to enter Israel from Gaza in three incidents this month.

On Thursday, the Israeli army said it foiled a new attempt to sneak into the country. Gaza’s health ministry said the infiltrator was wounded by gunfire and evacuated to a local hospital.