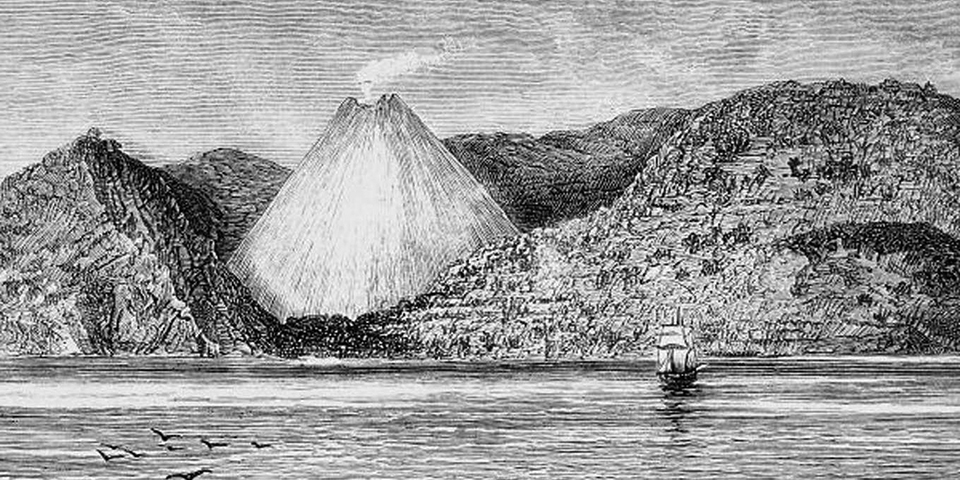 Indigenous people are an essential element of cultural diversity and ecological harmony. Let them live in peace in the ancestral lands

NEW DELHI – The remote, coral-fringed North Sentinel Island made headlines late last year, after an American Christian missionary’s covert expedition to convert its residents—the world’s last known pre-Neolithic tribal group—ended in his death. The episode has cast a spotlight on the threats faced by the world’s remote indigenous groups, which are already on the brink of disappearance.

The Sentinelese people targeted by the slain evangelist John Allen Chau are probably the most isolated of the world’s remaining remote tribes, and they are keen to stay that way. They shoot arrows to warn off anyone who approaches their island, and attack those, like Chau, who ignore their warnings.

It was not always this way. When Europeans first made contact with the Sentinelese, the British naval commander Maurice Vidal Portman described them in 1899 as “painfully timid.” But the profound shift is not hard to explain. Tribes like the Sentinelese have learned to associate outsiders with the ghastly violence and deadly diseases brought by European colonization.

British colonial excesses whittled down the aboriginal population of the Andaman Islands, which includes North Sentinel Island, from more than two dozen tribes 150 years ago to just four today. The tribes that escaped genocide at the hands of the colonizers did so largely by fleeing to the deepest and most inaccessible parts of jungles.

That was the story in North Sentinel, which Portman and his forces raided, abducting the few children and elderly who failed to flee into the dense rainforest in time. As a 2009 book by Satadru Sen notes, Portman used members of Andaman tribes as subjects in his supposed anthropometry research, forcibly measuring and photographing their bodies. The research, according to Sen, reflected a perverted “fascination” with “male genitalia.”

After the decimation of indigenous peoples under colonial rule, the countries where isolated tribes remain—including Bolivia, Brazil, Ecuador, India, and Peru—have pursued a “no contact” policy toward these groups. This policy is anchored in laws that protect indigenous people’s rights to ancestral lands and to live in seclusion, and reinforced by an international convention obligating governments to protect these communities’ lands, identities, penal customs, and ways of life.

It is illegal—and punishable by a prison sentence—for outsiders to enter India’s tribal reserves. Yet Chau dodged Indian laws and coastal security, according to his own diary accounts, to make repeated forays into North Sentinel over three days—an arduous effort that was facilitated by a Kansas City-based missionary agency, which trained him for his journey. The Sentinelese killed him only after he ignored repeated warnings to stop trespassing.

But the threat to the Sentinelese people—and, indeed, all isolated tribes—is far from neutralized, as some have taken Chau’s death as an opportunity to argue that we should reverse the policies protecting isolated tribes. And while some have good intentions—to provide access to modern technology, education, and health care—others do not. For example, Brazil’s new far-right president, Jair Bolsonaro, has threatened to repeal constitutional safeguards for aboriginal lands in order to expand developers’ access to the Amazon, the world’s largest rainforest.

Whatever the motivation, connecting with remote tribes would amount to a death sentence for them. The first waves of European colonization caused a calamitous depopulation of indigenous societies through violence and the introduction of infectious diseases like smallpox and measles, to which the natives had no immunity.

In Brazil, three-quarters of the indigenous societies that opened up to the outside world have become extinct, with the rest suffering catastrophic population declines. Over the last five centuries, Brazil’s total indigenous population has plummeted from up to five million to fewer than 900,000 people, with the introduction of constitutional protections for indigenous territories in the late 1980s aimed at arresting the decline.

In the Andaman chain, of the four tribes that survive, the two that were forcibly assimilated by the British have become dependent on government aid and are close to vanishing. Indigenous communities’ combined share of the world population now stands at just 4.5 percent.

To be sure, leaving secluded tribes alone is no guarantee that they will survive. These highly inbred groups are already seeing their numbers dwindle, and face the specter of dying out completely. But they will probably die a lot faster if we suddenly contact them, bringing with us modern pathogens against which they have no antibodies.

These tribes might be isolated, but their demise will have serious consequences. With their reverence for—and understanding of—nature, such groups serve as the world’s environmental sentinels, safeguarding 80 percent of global diversity and playing a critical role in climate change mitigation and adaptation. When the devastating 2004 Indian Ocean tsunami struck, more than a quarter-million people died across 14 countries, but the two isolated Andaman tribes, which rely on traditional warning systems, suffered no known casualties.

But, as Bolsonaro’s promises underscore, indigenous societies have been pitted directly against loggers, miners, crop planters, ranchers, oil drillers, hunters, and other interlopers. In the last 12 years alone, according to satellite data, Brazil’s Amazon Basin has lost forest cover equivalent in size to the entire Democratic Republic of Congo, the world’s eleventh-largest country.

Indigenous people are an essential element of cultural diversity and ecological harmony, not to mention a biological treasure for scientists seeking to reconstruct evolutionary and migratory histories. The least the world can do is to let them live in peace in the ancestral lands that they have honored and preserved for centuries.

Cabinet meeting: Japan's grant of up to Rs 2.61 billion accepted
21 minutes ago