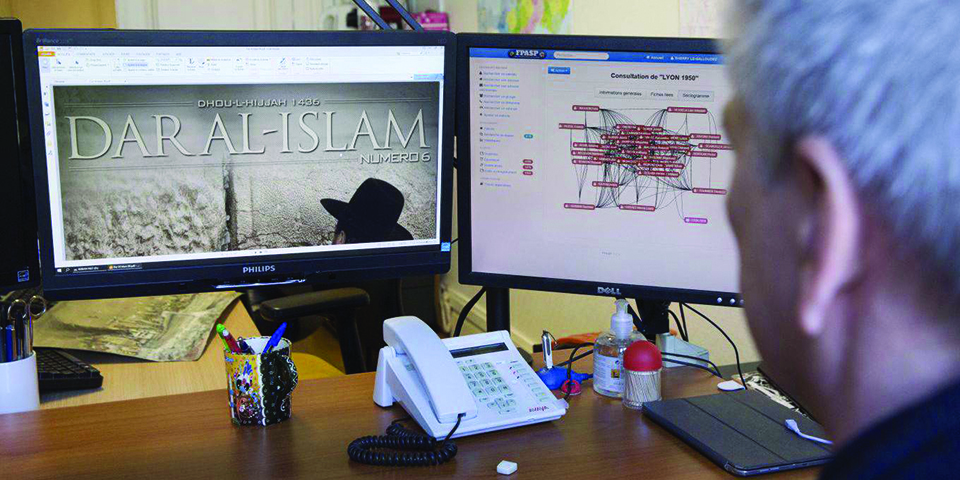 Anne-Marie Slaughter is CEO of New America. Asha C Castleberry, a US Army combat veteran, is a professor of foreign policy and national security at George Washington University and Term Member at the Council on Foreign Relations
news@myrepublica.com

WASHINGTON, DC – In December 2018, US President Donald Trump declared victory over the Islamic State (ISIS), tweeting that “ISIS is largely defeated and other local countries, including Turkey, should be able to easily take care of whatever remains. We’re coming home!” And in the first three months of this year, Trump said or tweeted 16 times that ISIS was either completely defeated or soon would be.

But the United States government appears to disagree. In August, the three lead inspectors general from the Department of Defense, Department of State, and the US Agency for International Development submitted a joint report to Congress reviewing Operation Inherent Resolve, the US campaign to defeat ISIS in Syria and Iraq, over the period from April 1 through June 30 of this year. They concluded that, “Despite the loss of physical territory, thousands of ISIS fighters remain in Iraq and Syria and are carrying out attacks and working to rebuild their capabilities.”

The ISIS resurgence is partly the result of Trump’s December 2018 decisions to withdraw all US troops from Syria and halve the number in Afghanistan, which prompted Secretary of Defense James Mattis to resign and made America’s regional security partners less able to conduct counterterrorism operations. In Iraq, ISIS is regrouping and building clandestine terrorist cells in key areas of Baghdad, Ninewa, and Al Anbar provinces, and in the Middle Euphrates River Valley. In Syria, the group is mounting strong counteroffensives in Al-Raqqah and Homs province, and is aggressively seeking to establish a safe-haven zone.

Trump is not likely to reverse his decision on troop withdrawals. But ISIS’s battlespace is digital as much as physical. And in that regard at least, the Trump administration must strengthen America’s capacity to wage war effectively.

When ISIS attacked the Iraqi city of Mosul during height of the group’s insurgency in 2014, millions of people watched in real time by following the hashtag #AllEyesOnISIS on Arabic Twitter. They included the city’s Iraqi defenders, who became increasingly demoralized and fled. As Peter W. Singer and Emerson T. Brooking write in their book LikeWar: The Weaponization of Social Media, ISIS ran “a military offensive like a viral marketing campaign and won a victory that shouldn’t have been possible.”
Similarly, the resurgent ISIS 2.0 uses press releases and social-media savvy to spread its influence worldwide and recruit foreign fighters, sympathizers, and financial backers. In April 2019, for example, the group released a video of its leader, Abu Bakr al-Baghdadi, who claimed responsibility for the deadly Easter Sunday bomb attacks in Sri Lanka. ISIS’s global media operation also produces Soldiers Harvest II, an upgraded weekly publication covering the group’s military operations.

This communications offensive is enabling ISIS to contest the global view that the group has been defeated following the collapse of its caliphate. Even more fundamentally, as Singer and Brooking point out, ISIS has weaponized the Internet itself, creating a digital battlespace in which an online narrative of victory can translate into success on the ground.

Americans and publics around the world must finally understand that the war against ISIS and other jihadi terrorist groups is a new and different kind of conflict that will not be “won” once and for all. Support for ISIS, al-Qaeda, Boko Haram, and the like reflects multiple social, economic, and demographic factors, from corruption to climate change. The fight against these groups must therefore take place in many different arenas, starting with the domestic politics of the countries in which they operate.

This struggle must also take place online, as the US military well knows. In 2016, the US Joint Chiefs of Staff published a paper that focused on how to win the “battle for the narrative.” It opened with the quote: “It’s easier to kill a bad man than a bad idea.” With that in mind, US Cyber Command will be transformed into an information warfare operations command by 2028, with the goal of integrating cyber, electronic warfare, and information operations.

But 2028 is almost a decade away, and ISIS won’t wait. Moreover, this fight is too important to leave only to the soldiers. The US National Security Strategy should thus recommend a collaborative model similar to the British Army’s 77th Brigade, which combines government departments under one umbrella to conduct information warfare.

Regrettably, the Trump administration has gutted the US State Department’s Global Engagement Center, which originally countered terrorist propaganda and is now tasked with fighting global disinformation. Fortunately, Congress has pushed back; the State Department needs to be a full partner in developing a strong and credible counter-narrative, which requires much more nuance and range than traditional counter-propaganda.

Furthermore, other countries fighting ISIS must ensure that they have similar capabilities and can collaborate with allies both diplomatically and militarily. Information wars are contests between different ways of seeing and understanding the world, and they require new capabilities and expertise that extend well beyond traditional communications.

Finally, national and global media outlets face a quandary. On one hand, stories about ISIS press releases and interviews raise the visibility, and to some extent the attractiveness, of it and similar groups. On the other hand, the significant decline in US media coverage of ISIS over the past few years strengthens the public perception that it is no longer a threat. Reporters and editors should be aware of this tension, and should perhaps examine more closely how the forces countering ISIS worldwide are engaging with the public.

Publicity is the lifeblood of all terrorist groups; they use attacks to raise awareness of their cause and to attract the support of the disaffected. Moreover, digital technologies allow ISIS to control parts of the virtual landscape in a way it rarely can on the ground, enabling it to regroup and find new ways to mount physical attacks.

ISIS’s recent media resurgence is thus the precursor to the group’s physical revival. That is why the information war against ISIS should never stop.

Anne-Marie Slaughter is CEO of New America. Asha C Castleberry, a US Army combat veteran, is a professor of foreign policy and national security at George Washington University and Term Member at the Council on
Foreign Relations

BAGHDAD, Dec 28: President Donald Trump's surprise trip to Iraq may have quieted criticism at home that he had yet... Read More...