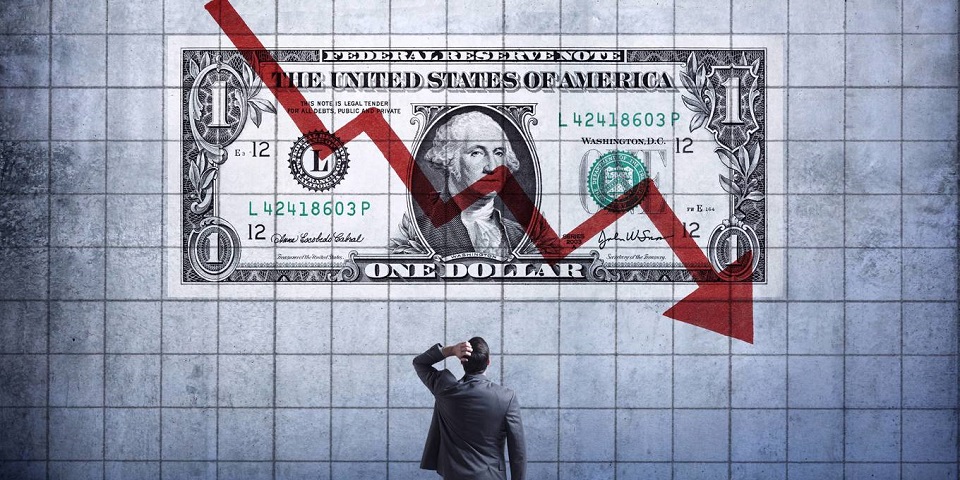 While the dollar’s position is safe for now, it faces significant challenges in the years and decades ahead.

NEW YORK – The recent sharp depreciation of the US dollar has led to concerns that it may lose its role as the main global reserve currency. After all, in addition to the US Federal Reserve’s aggressive monetary easing—which threatens to debase the world’s key fiat currency even further—gold prices and inflation expectations have also been rising.

But, to paraphrase Mark Twain, reports of the dollar’s early demise are greatly exaggerated. The greenback’s recent weakness is driven by shorter-term cyclical factors. In the long run, the situation is more complicated: the dollar has both strengths and weaknesses that may or may not undermine its global position over time.

Chief among the short-term negative factors is the Fed’s ultra-loose monetary policy. With the United States monetizing ever-larger budget deficits, the Fed’s approach looks more accommodative than that of most other major central banks.

The dollar tends to weaken during risk-on episodes, and vice versa. That is why its value peaked during the February-March panic over COVID-19, and then weakened from April onward as market sentiment recovered. Moreover, the Fed’s activation of currency swap lines with other central banks eased the dollar illiquidity that had been pushing the exchange rate higher earlier in the crisis. Now, a flood of global dollars is putting downward pressure on the greenback.

Moreover, some developed countries (in Europe and elsewhere) and some emerging markets (such as China and others in Asia) are doing a much better job of containing COVID-19 than the United States is, implying that their economic recoveries may prove to be more resilient. The public-health failures and related economic vulnerabilities in the US are thus further contributing to the dollar’s weakness.

It also bears repeating that before the pandemic, the dollar had appreciated by over 30 percent in nominal and real (inflation-adjusted) terms since 2011. Given the yawning US external deficit, and because interest rates are not high enough to finance it with capital inflows, a dollar depreciation was necessary to restore US trade competitiveness. And the US turn to protectionism signals that it prefers a weaker dollar to restore external competitiveness.

Even in the short run the dollar could strengthen again if—as the latest global growth data suggest—a V-shaped recovery stalls into an anemic U-shaped recovery, let alone a double dip, if the first pandemic wave is not controlled and a second wave kills the recovery before effective vaccines are found.

In the medium to long term, multiple factors could preserve the greenback’s global dominance. The dollar will continue to benefit from a broad-based system of flexible exchange rates, limited capital controls, and deep, liquid bond markets. More to the point, there simply is no clear alternative currency that could serve as a broad unit of account, means of payment, and stable store of value.

Furthermore, despite its pandemic travails, the potential annual US growth rate, at around two percent, is higher than in most other advanced economies, where it is closer to one percent. The US economy also remains dynamic and competitive in many leading industries, such as technology, biotech, pharmaceuticals, health care, and advanced financial services, all of which will continue to attract capital inflows from abroad.

Any country vying for the US position would have to ask itself if it really wants to end up with a strong currency and the associated large current-account deficits that come with meeting the global demand for safe assets (government bonds). This scenario seems rather unattractive for Europe, Japan, or China, where strong exports are central to economic growth. Under the current circumstances, the US is likely to maintain its “exorbitant privilege” as the issuer of safe long-term debt that private and public investors want in their portfolios.

The question, then, is what factors might undermine the dollar’s global position over time. First, if the US keeps monetizing large budget deficits, thereby fueling large external deficits, a surge of inflation eventually could debase the dollar and weaken its attractiveness as a reserve currency. Given the current mix of US economic policies, this is a growing risk.

Another risk is the loss of US geopolitical hegemony, which is one of the main reasons why so many countries use the dollar in the first place. There is nothing new about the hegemon’s currency being the global reserve currency. This was the case with Spain in the sixteenth century, the Dutch in the seventeenth century, France in the eighteenth century, and Great Britain in the nineteenth century. If the coming decades bring what many have already called the “Chinese century,” the dollar may well fade as the renminbi rises.

Weaponization of the dollar via trade, financial, and technology sanctions could hasten the transition. Even if American voters elect a new president in November, such policies are likely to continue, as the Cold War between the US and China is a long-term trend, and US strategic rivals (China and Russia) and allies alike are already diversifying away from dollar assets that can be sanctioned or seized.

At the same time, China has been introducing more flexibility to its own exchange rate, gradually relaxing some capital controls, and creating deeper debt markets. It has convinced more trade and investment partners to use the renminbi as a unit of account, means of payment, and store of value, including in foreign reserves. It is building an alternative to the Western-led Society for Worldwide Interbank Financial Telecommunication (SWIFT) system, and working on a digital renminbi that eventually could be internationalized. And its own tech giants are creating huge e-commerce and digital-payments platforms (Alipay and WeChat Pay) that other countries could adopt in their own local currency.

So, while the dollar’s position is safe for now, it faces significant challenges in the years and decades ahead. True, neither China’s economic system (state capitalism with financial controls) nor its technocratic-authoritarian political regime has much appeal in the West. But the Chinese model has already become quite attractive to many emerging markets and less democratic countries. Over time, as China’s economic, financial, technological, and geopolitical power expands, its currency may make inroads in many more parts of the world.

The COVID-19 pandemic is disrupting society, economy and politics in almost all parts of the world. Every country is likely... Read More...