Cybercrime high among youths in Nepal 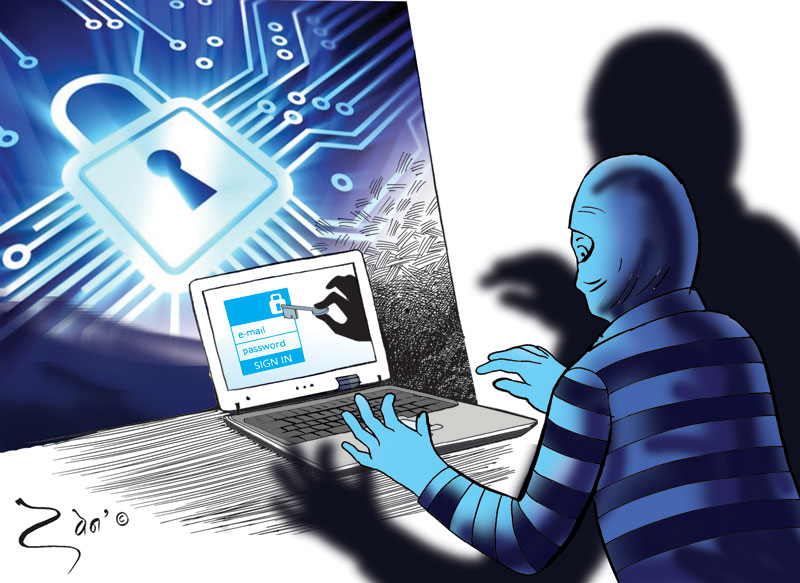 One thousand and 570 complaints related to cyber crime have been filed at the Metropolitan Crime Division in the current fiscal year. Division Chief, Senior Superintendent of Police, Sahakul Kumar Thapa, said that complaint of cheating up to Rs 10 million in the name of lottery through social sites like facebook and twitter has been filed at the Division. According to the Division, many youths are found involved in cyber crime.

Of them, a case of cyber crime through social sites has been filed against 42 people, case of social site hacking against eight people, case of sending SMS irresponsibly against nine persons, case of posting nonsense things through Youtube against three persons and five for bank account fraud by forming a fake company. During the fiscal year 2073, a total of 1997 complaints had been registered at the Metropolitan Crime Division, Teku and 26 faced lawsuits.

In the fiscal year, 2074-75 BS, this number was 1,482 and 68 faced cases. Division chief Thapa said legal prosecution on the crime crimes has been challenging to some extent as there was no a separate cyber act to deal with it. Currently, the issue is looked after under the Electronic Transaction Act.

As per the Act, anyone convicted in the crime faces a jail sentence up to five years or a fine of Rs 100 thousand or both. Disturbance in the family, family breakdown, loosing performance in education and suicidal tendency are the outcomes of cybercrime. Following the rise in cases of cybercrime, the Central Cyber Bureau has been established.

According to Police Spokesperson Deputy Inspector General of Police, Bishwaraj Pokhrel, the Bureau was established to control cybercrime to take place via social media effectively. The Bureau based in Bhotahiti has not been able to function to its full viability due a lack of required resources, said its chief DIG Bikash Shrestha. “But we have apprised the upper level about the restrictions we are facing to function and hope the situation will be addressed soon.”

The fact that I, a foreigner, can write this article and it is published is an example of how democratic... Read More...

If you are a literature geek, you can populate yourself with fellow enthusiasts at the ‘Nepal Youth Literature Festival’ that’s... Read More...