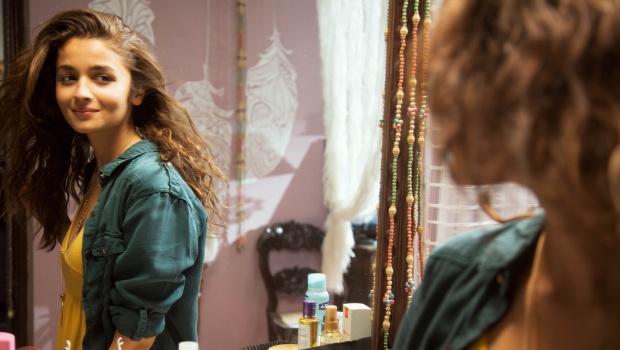 Alia Bhatt’s two earlier releases in 2016 clicked at the box office and won her accolades for her performance. In her upcoming big-ticket film “Dear Zindagi”, she plays a young woman who forms a bond with her therapist, played by Bollywood superstar Shah Rukh Khan.

The 23-year-old actress spoke to Reuters about her latest release, why she trusts her instinct in choosing films and why she doesn’t worry about burnout.

Q: “Dear Zindagi” is about a young girl and her interactions with her therapist, an unusual subject for Bollywood. Is that what made you say yes to the film?

A: First of all, I wouldn’t use the word “therapy”. Not because it doesn’t exist, but because it makes it seem a little serious. This is more of a person who is a friend, philosopher and guide who also has an impact in an unexpected way. Also, it was a very relatable story. I don’t look at pointers when I choose films. There are no tick marks. It is just a feeling at the end of hearing the film. There are high degrees, then of course I say yes. If it’s a lower degree, then maybe, but if it’s below a certain level, then I don’t do the film. There are certain markers.

Q: What if a film is somewhere in between - neither high on the excitement scale nor very low?

A: Well, then you work towards it on set and you make it something. And then some magic just happens.

Q: So far, your instinct seems to have worked very well, except for “Shaandaar” last year. What went wrong with that one film?

A: I still feel like the film I chose would have been fabulous. It didn’t pan out like that and a lot of things changed. Had those changes not happened, things would have been different. But I have no regrets, which is why whenever I go with my instinct, there’s always a satisfaction.

Q: Where does this instinct come from?

A: I don’t know. I think your first gut feeling is the correct feeling. Whenever you do a film for the wrong reasons, it may or it may not pan out. Sometimes people do it because it is a good move, or the right move. I don’t know, maybe one day I will do a film for the wrong reasons and it will work for me. I don’t know because I have never tried that. I know this one way. Gut feeling is the best indicator because then you can’t blame it on anyone.

Q: You play a girl who has a lot of pent-up emotions. Do you know people like that?

A: I am like that. I am expressive, but secretive about my emotions. One of the things that the film says is - it is OK not to be OK. I think that is really important.

Q: In one of the promotional activities for the film, you were asked to give life advice to people. Are you good at that?

A: I come from a family that has an opinion on everything – from disease to divinity, as my father says. So yeah, I am good at giving advice. Just not good at following it (laughs).

Q: Do you ever worry about burnout, especially since you started working so early in life?

A: I try not to think about so many things. People think about it, they worry about it and they plant ideas in my head. I feel the more I think about me, my future and all that, it takes the fun out of life. I only think about the choices I want to make and act responsibly, not say or do stupid things - like break the law or get caught doing stupid things.

MUMBAI, Sept 22:  Sidharth Malhotra and Alia Bhatt have never ever openly admitted that they are dating each other. It... Read More...