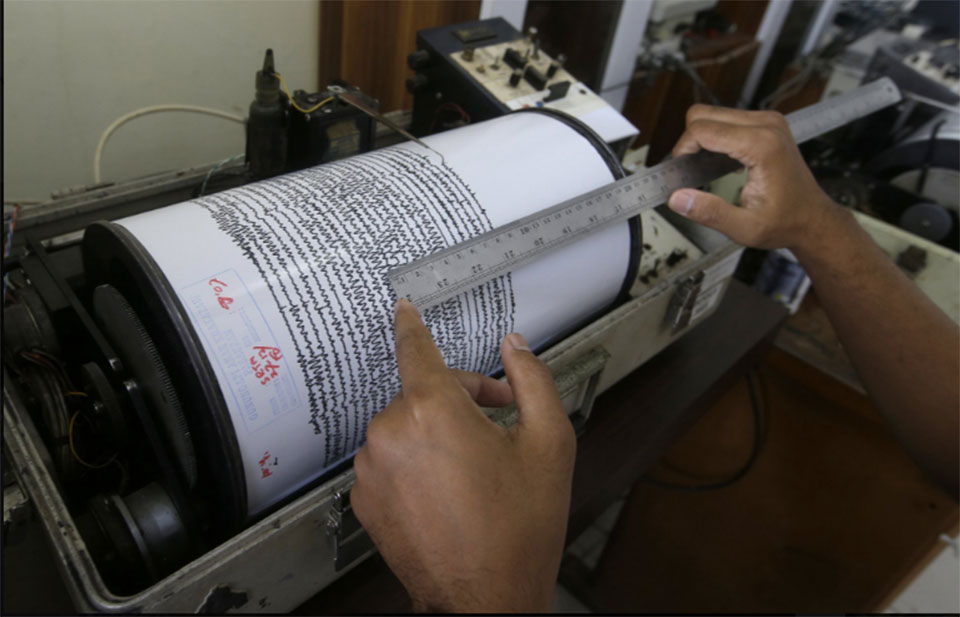 CARITA, Dec 28: Indonesia raised the danger level for an island volcano that triggered a tsunami on the weekend, killing at least 430 people in Sumatra and Java, and widened its no-go zone.

The country’s volcanology agency on Thursday increased the Anak Krakatau volcano’s alert status to the second-highest and more than doubled the exclusion zoneto a 5-kilometer (3-mile) radius. The eruption on Saturday evening caused part of the island in the Sunda Strait to collapse into the sea, apparently generating tsunami waves of more than 2 meters (6 1/2 feet). Most tsunamis are caused by earthquakes.

The government has warned communities in the strait to stay a kilometer (less than a mile) away from the coastline because of the risk of another tsunami triggered by Anak Krakatau’s eruptions. A navy vessel was expected to pass by the island, which could give scientists more information about the risks of a second collapse.

“There’s still a chance of a landslide, even under the sea level or on the sea level,” said Rudy Sunendar, head of the Energy Ministry’s Geology Department. “Based on the satellite imagery interpretation, there is collapse of some area of Mount Anak Krakatau,” he told The Associated Press at the volcano’s monitoring post.

Saturday’s disaster struck without warning, surprising people in a country that regularly suffers landslides, earthquakes and volcanic eruptions. No earthquake shook the ground beforehand, and the waves surged inland at night on a holiday weekend while people were enjoying concerts and other beachside activities.

Indonesia’s tsunami warning system relies on land seismometers and buoys connected to tidal gauges and is not equipped to detect underwater landslides. The system, in any case, has not operated for years because the buoys have been vandalized or not maintained because of low funding.

Heavy rains and high seas have hampered the search for victims. Some bodies were found at sea and at least 159 people are missing.

On Thursday, residents of badly affected Banten province on Java island were searching through the debris of destroyed or damaged homes for anything salvageable.

“I’ve lost everything I have, my house and all belongings inside it,” said farmer Muhamad Sarta.

“I just hope for some help from the government,” he said. “Hopefully there will be some repairs. I have nowhere to go. I have no money. Whatever I had was lost in the water.”

Satellite photos aren’t available because of cloud cover but radar images from a Japan Aerospace Exploration Agency satellite taken before and after the eruption show the volcano’s southwestern flank has disappeared.

JAXA’s post-eruption image shows concentric waves radiating from the island, which experts say is caused by its ongoing eruptions.

Dave Petley, head of research and innovation at Sheffield University who analyzed similar images from a European Space Agency satellite, said they support the theory that a landslide, most of it undersea, caused the tsunami.

“The challenge now is to interpret what might be happening on the volcano, and what might happen next,” he wrote in a blog.

Anak Krakatau, which means Child of Krakatau, is the offspring of the infamous Krakatau volcano that affected the global climate with a massive eruption in 1883.

Anak Krakatau first rose above sea level in 1929, according to Indonesia’s volcanology agency, and has been increasing its land mass since then.