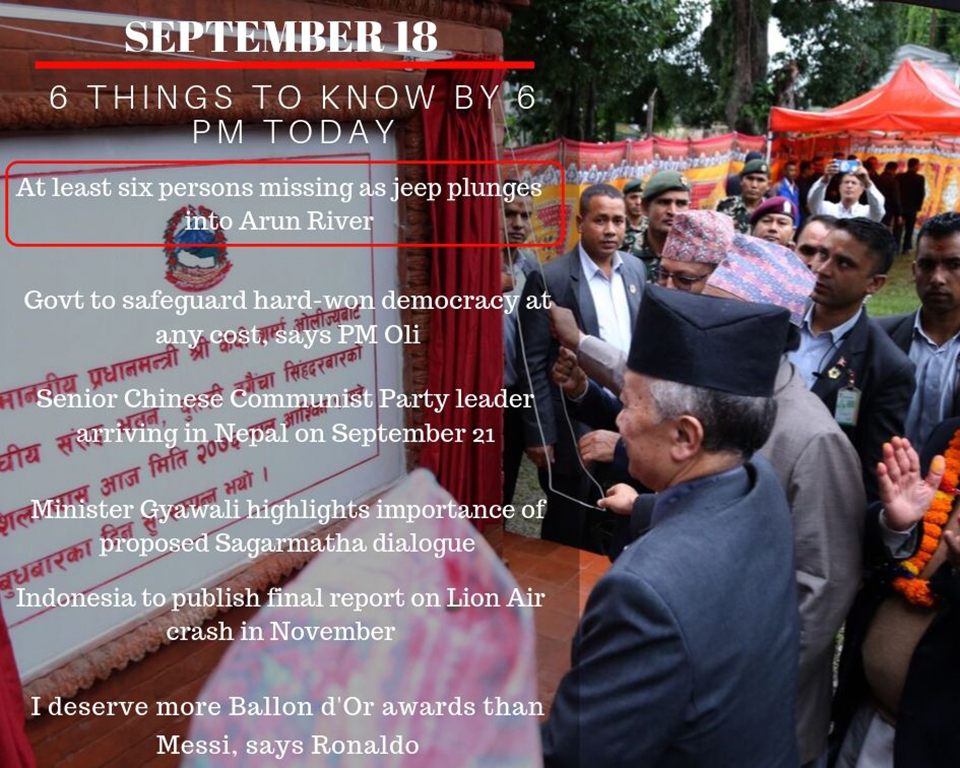 At least six persons have gone missing when a jeep plunged into Arun River from Akkar Bhir at Dharmadevi rural municipality of Sankhuwasabha district on Tuesday night.

The incident occurred when the Bolero jeep (Ko 1 Ja 3749) carrying two patients and four others—en route to Dharan-based BP Koirala Institute of Health Sciences from Khadbari of Sankhuwasabha—lost its control and fell off the road at 10:15 pm, according to local residents.

Prime Minister KP Sharma Oli on Wednesday said that the government will work to safeguard hard-won federal republic democracy at any cost. 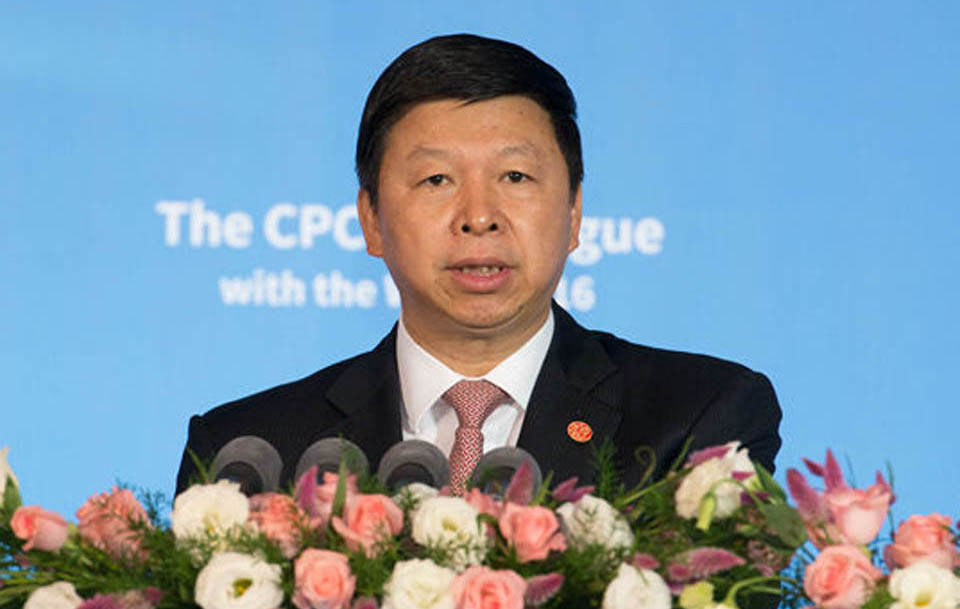 Head of the International Department of the Central Committee of the Communist Party of China (CPC) Song Tao will arrive in Kathmandu on a two-day visit on September 21.

Bishnu Rijal, deputy chief of the International Relations Department of the ruling Nepal Communist Party, told Republica Online that the Chinese delegation will visit Nepal at the invitation of his party. 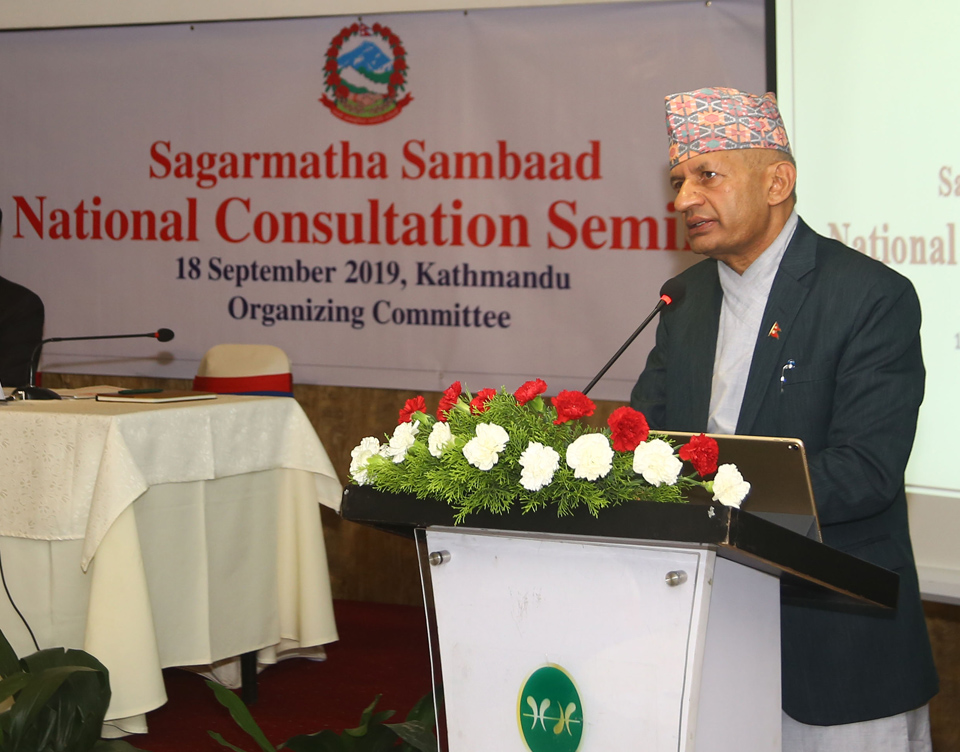 Minister of Foreign Affairs Pradeep Gyawali has said that proposed 'Sagarmatha Dialogue' is expected to be helpful to inform the international community about Nepal's contribution to global peace.

Inaugurating a national consultation seminar on 'Sagarmatha Dialogue', the minister said that the dialogue is expected to put forth Nepal's experiences on the international arena. "The forum will facilitate in discussing Nepal’s contribution to world peace," he said. 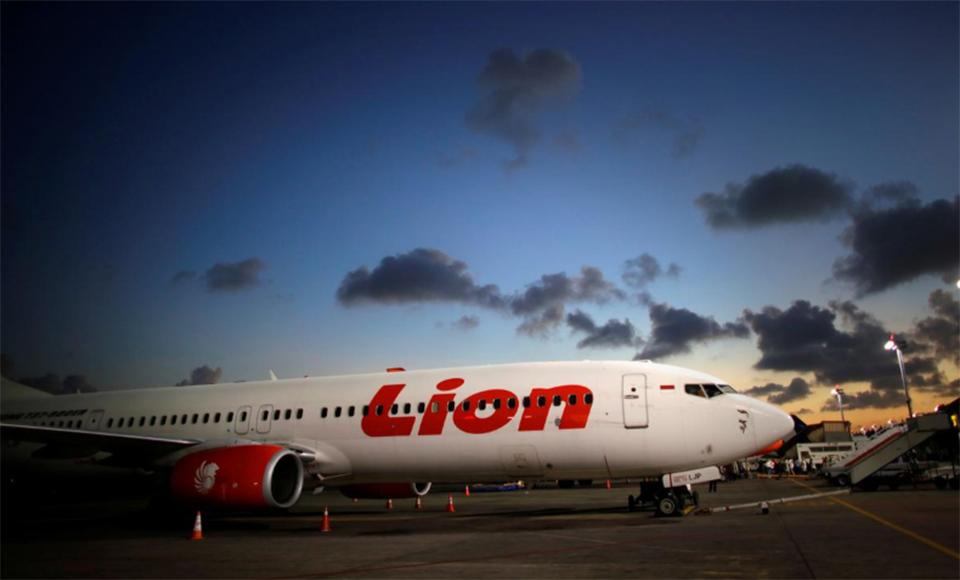 The final report on the crash of a Lion Air Boeing 737 MAX jet that killed 189 people last year will be published in the first half of November, Indonesia’s civil aviation authority said on Wednesday.

“The draft was already sent to the relevant parties on August 24, 2019,” KNKT spokesman Anggo Anurogo said in a statement. “The parties have 60 days to respond to the final draft.” 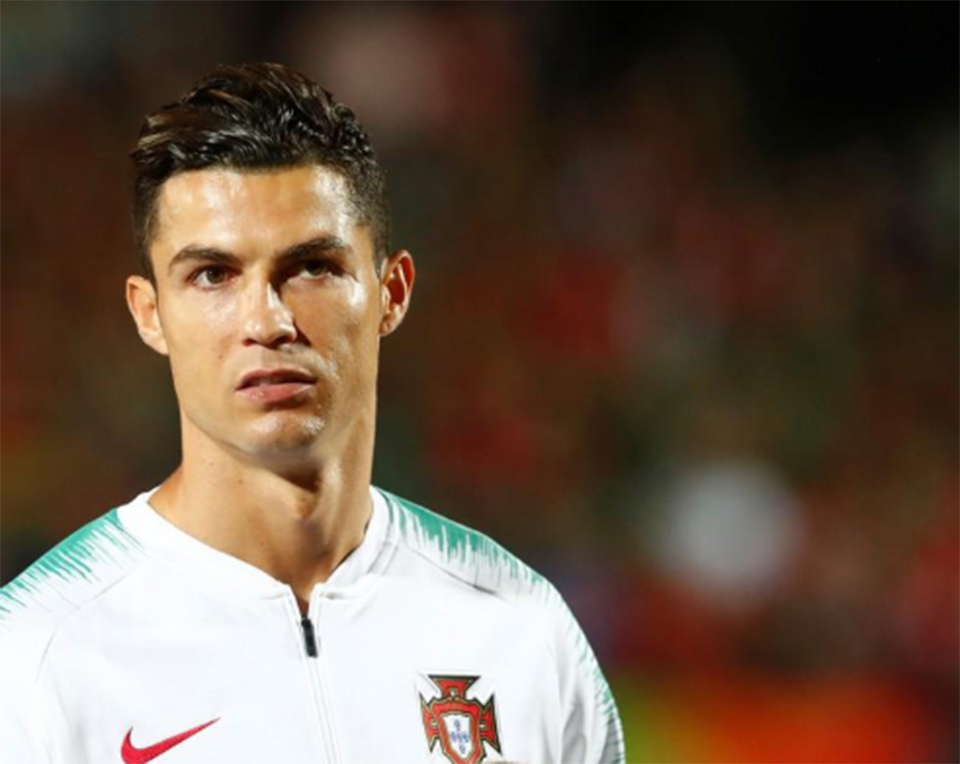 Juventus forward Cristiano Ronaldo said he deserves to end his soccer career with more Ballon d’Or awards than Barcelona counterpart Lionel Messi and hopes to establish himself as the greatest player of all time.

Ronaldo, 34, has won the renowned France Football magazine trophy for the world’s best player five times - as many as Messi - but is eager for more as he moves into the twilight of his career.