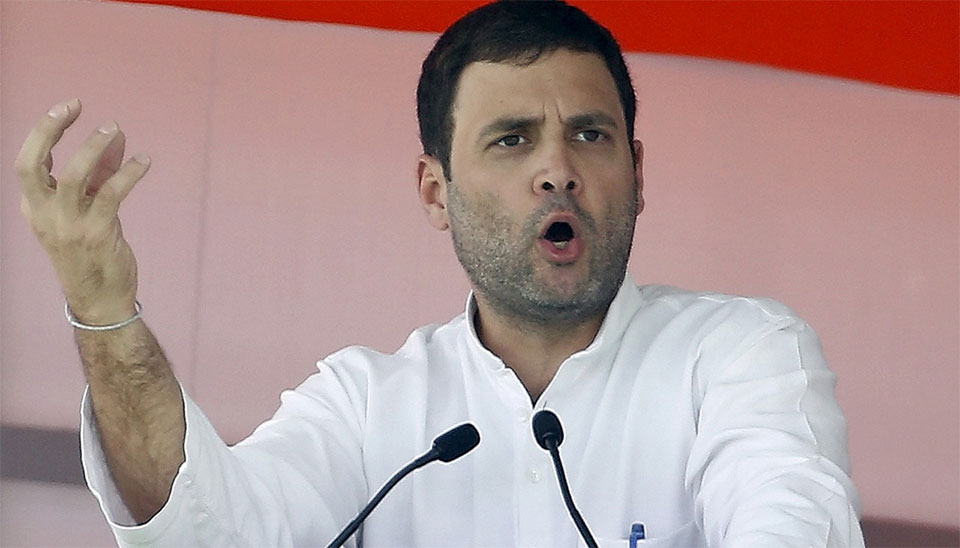 NEW DELHI, Dec 11:  India’s main opposition Congress party on Monday elevated Rahul Gandhi, the scion of the country’s most fabled political dynasty, as its president, preparing to challenge the dominance of Prime Minister Narendra Modi ahead of national polls in 2019.

In a long-awaited move, Gandhi, the great-grandson of India’s founding prime minister Jawaharlal Nehru, was elected unopposed to head the party. He will take the reins from his mother Sonia, the party’s longest-serving president, since 1998.

Calling it a “historic occasion”, the Congress party said Gandhi would take charge as president on Dec. 16.

Television broadcast images of party supporters celebrating and distributing sweets outside Congress offices in the capital, New Delhi, and the financial hub of Mumbai.

Gandhi’s ascent coincides with state polls in Modi’s western home state of Gujarat that are shaping as a test for the prime minister, who has been facing criticism for softening economic growth and poor implementation of a nationwide sales tax.

The Congress hopes a round of state elections offers the party, and Gandhi, a shot at revival ahead of the next national elections, due in 2019.

Modi’s depiction of Gandhi as an undeserving “prince” has helped sideline Gandhi since the last national election, during which time Congress has suffered some of its worst results in local elections.

The Nehru-Gandhi family has ruled the country for most of its 70 years since independence from Britain. Gandhi’s father and grandmother were both prime ministers, and both assassinated.

Following Congress’ defeat in the 2014 polls, Gandhi struggled to convince voters, as well as many within his party, of his leadership skills. But senior Congress leader Ghulam Nabi Azad said Gandhi was now ready for the next challenge.

“The entire country has lots of expectations from Rahul Gandhi,” Azad said. “Much before he was elected he has shown his mettle. He knows his responsibility.”

Gandhi, until now a vice-president of Congress, is widely seen as a prime ministerial candidate if the party returns to power one day.

The 47-year-old has increasingly gone public in slamming Modi’s governance since the last national polls, as he looks to shed the reticent image that has for years been synonymous with his political dynasty.

But he has also faced political backlash. In 2015, for example, he took nearly two months of leave, prompting Modi’s party to accuse him of “holidaying” while parliament was in session.

Nearly nine of 10 Indians have a favourable opinion of him and more than two-thirds are satisfied with the direction in which he is taking the country, a Pew survey found in November.

Modi’s favourable rating was 30 points more than Gandhi‘s, it showed.