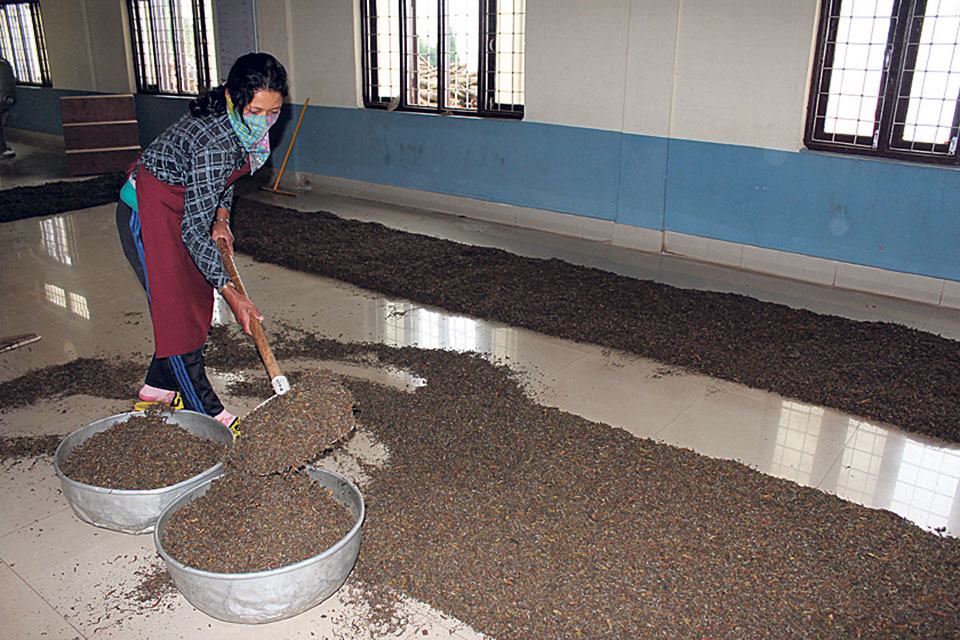 ILAM, May 9: Indian customs officials have obstructed export of readymade tea to India, according to industrialists.

Eleven trucks carrying tea mean for export have been stopped at Indian customs point of Panitanki. Industrialists say that Indian customs officials are refusing to allow Nepali tea to enter India before its samples are tested in lab.

Industrialists were sending the consignments to overseas country via India.

As it has already been a week since the consignment of tea was stopped at the customs point, industrialists fear that the tea will get damaged before it reaches the intended destination.

“We are staring at a huge loss. With the containers stuck at the customs point, we have to pay additional demurrage charge to the transporter,” Udaya Chapagain, who runs Gorkha Tea Estate at Suryodaya Municipality, told Republica. “The Indian customs officials are determined not to allow trucks into their territory unless lab test of samples is conducted. They have sent the samples to Kolkata.”

“Earlier, they used to allow Nepali tea meant for third-country destinations into its territory for six months once lab tests are conducted. Now, they seem to have put in place a lengthy process to prevent containers from entering India until lab test report arrives,” added Chapagain. “And they are collecting samples from each truck.”

India has repeatedly hindered export of cash crops like ginger and cardamom in the past. However, tea exports had not faced such problem so far.

Tea industrialists are disappointed by India's move to obstruct the flow of Nepali tea into overseas destinations at a time when the demand for tea with Nepali trademark has surged in the international market.

“Such disturbance in movement of Nepal's third-country exports in Indian territory has left tea industrialists worried,” Kamal Mainali of Himalayan Shangri-La Tea Producers Pvt Ltd, said. “Although we were informed that trucks will be allowed to enter India from Tuesday, it didn't happen,” he added.

Mainali also said he had heard that Indian customs officials were preparing to give a 12-day window for Nepali tea exporters. “However, it will not be of any help. We want a long-term solution to the problem,” he added.

Although the potential of Nepali tea in the international market is high, entrepreneurs are fed up by the India tendency of causing obstruction at the customs point time and again.

India is a major market for tea produced in India. Tea exported to other countries is also transported via India. Obstruction by India is sure to deteriorate international market of Nepali tea.
According to Chapagain, Commerce Secretary Chandra Dhakal has already been informed about the obstruction. He has told us that efforts are made to ease exports of tea, he added.

ILAM, Jan 14: After a series of obstruction on the export of cardamom and ginger, Indian customs office at Panitanki is... Read More...

KATHMANDU: The Embassy of India in Kathmandu organized a training course on screen acting to 20 prominent Nepali actors at the... Read More...