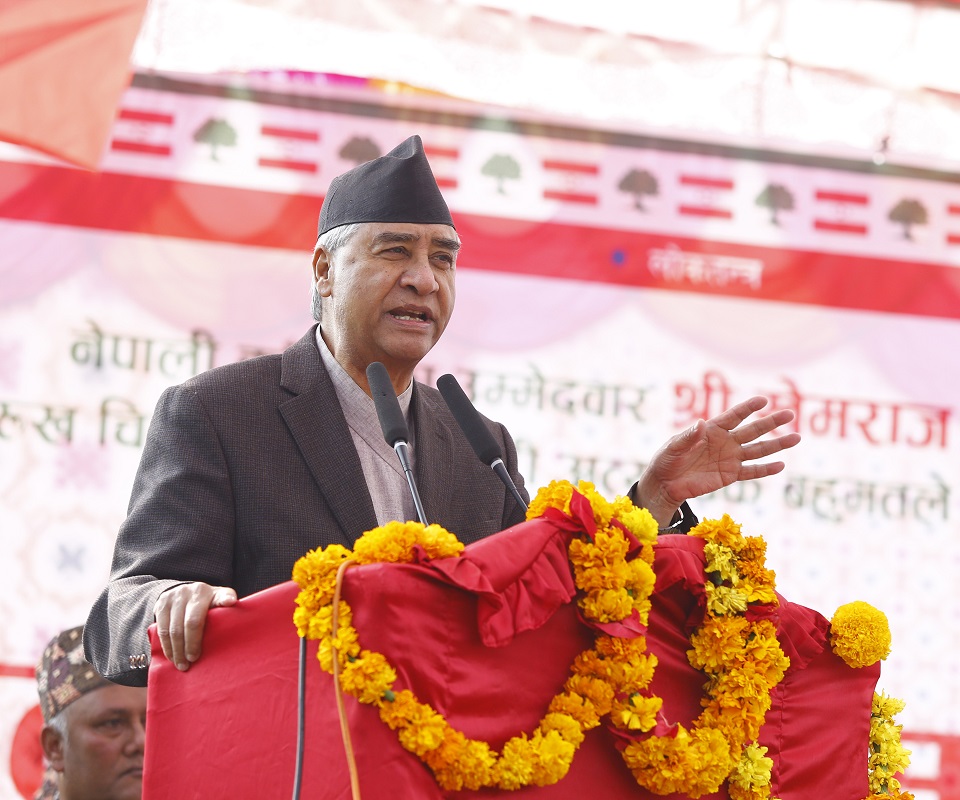 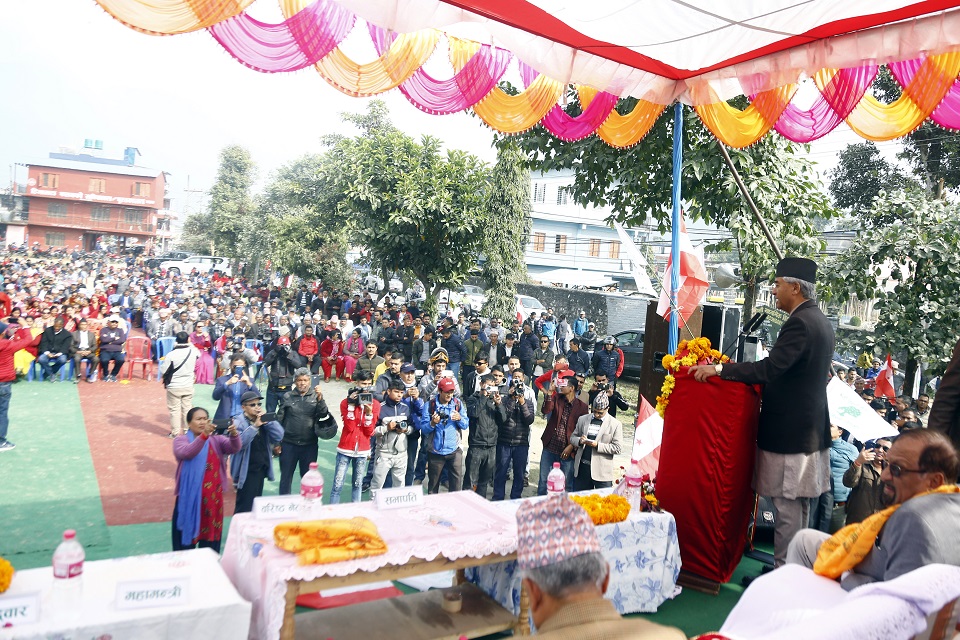 “India can’t publish such a map without Oli’s prior consent,” insisted Deuba while addressing an election campaign at Batulechaur of Pokhara on Saturday adding, “PM has proven him to be traitorous by handing Nepali territories to India.” 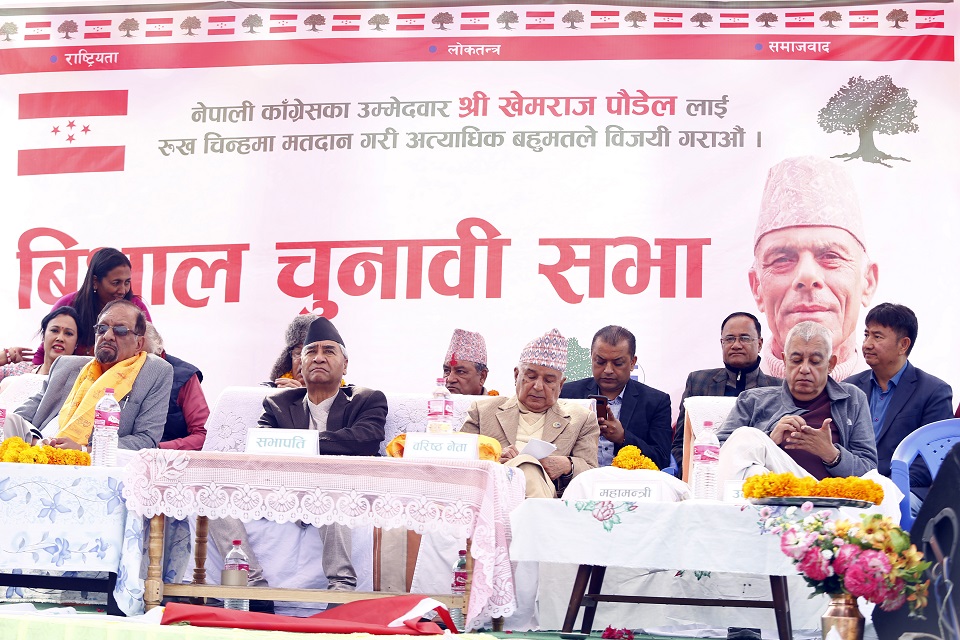 According to Deuba, PM Oli should bear all the responsibility for the recent sorry state of affairs. “So-called nationalism of Oli has now vanished. He had used it only to fool the people during the 2017 elections,” blamed Deuba. During his address, he claimed that Oli is not a patriotic leader. He further said, “Oli’s fake nationalism has now knelt down at Kalapani.”

Deuba blamed the government of being indifferent to the issue although the all-party meeting a few days ago had forged strong national unity in this connection.

He further took time to come down heavily against the government claiming that the people, entrepreneurs and industrialists are bearing the brunt of heavy taxes imposed on them. “The current government is corrupt and is promoting anarchy,” blamed Deuba.

Kaski-2 has remained vacant following the demise of the then Minister for Tourism, Culture and Civil Aviation Rabindra Adhikari in a helicopter crash in Taplejung on February 27 this year. Late Adhikari won 2017 general elections representing the Nepal Communist Party (NCP).

The by-election is scheduled to be held on November 30.

The ruling Nepal Communist Party (NCP) has fielded wife of late Adhikari Bidya Bhattarai while the main opposition party has nominated Khemraj Poudel for the by-poll.