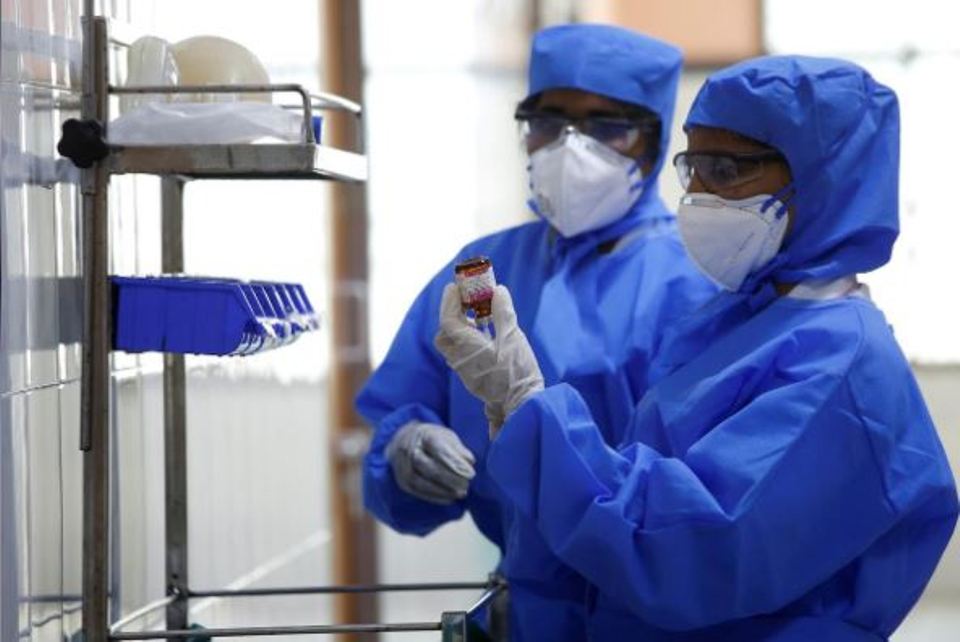 FILE PHOTO: Medical staff with protective clothing are seen inside a ward specialised in receiving any person who may have been infected with coronavirus, at the Rajiv Ghandhi Government General hospital in Chennai, India, January 29, 2020. REUTERS/P. Ravikumar

NEW DELHI, March 4: Sixteen Italians in India have tested positive for coronavirus, the Indian health minister said on Wednesday, as the total number of known cases in the country rose sharply to 28.

On Monday, the world’s second-most populous country had only six reported cases of coronavirus, but it is one of the places U.S. intelligence agencies are most closely monitoring due to fears over how it would cope with a widespread outbreak.

Authorities are increasing screenings at airports and border crossings, and urging citizens to avoid large crowds.

Prime Minister Narendra Modi said he would not attend celebrations for the Hindu Holi festival, scheduled to be held across the country next week.

“Experts across the world have advised to reduce mass gatherings to avoid the (virus) spread,” Modi said in a tweet on Wednesday. “Hence, this year I have decided not to participate.”

An Italian visiting the western desert state of Rajasthan was among those who had tested positive earlier.

And on Wednesday, Health Minister Harsh Vardhan said 15 of 21 tourists from Italy - Europe’s worst-affected country - who had been taken to a quarantine facility on the outskirts of New Delhi had tested positive for the virus.

Their Indian driver was also placed in quarantine.

Indian stock markets slid nearly 2% after the government disclosed the rise in cases, before paring losses late in the day.

Vardhan said authorities were taking extra precautions against the spread of the virus after the sharp rise in cases.

“We will now screen all international passengers. We will not limit our screenings to 12 countries as we did earlier,” Vardhan told a news conference.

More than 93,000 cases have been reported worldwide, and several thousand have died from the flu-like coronavirus, which emerged in the central Chinese city of Wuhan late last year and has since spread to more than 80 countries.

India, the world’s largest supplier of generic drugs, has curbed the export of pharmaceuticals due to fears of coronavirus-related shortages and this has caused “panic” in Europe, the head of the country’s top pharmaceuticals export group told Reuters on Wednesday.

India records 55,000 new cases of coronavirus in the past 24 hours