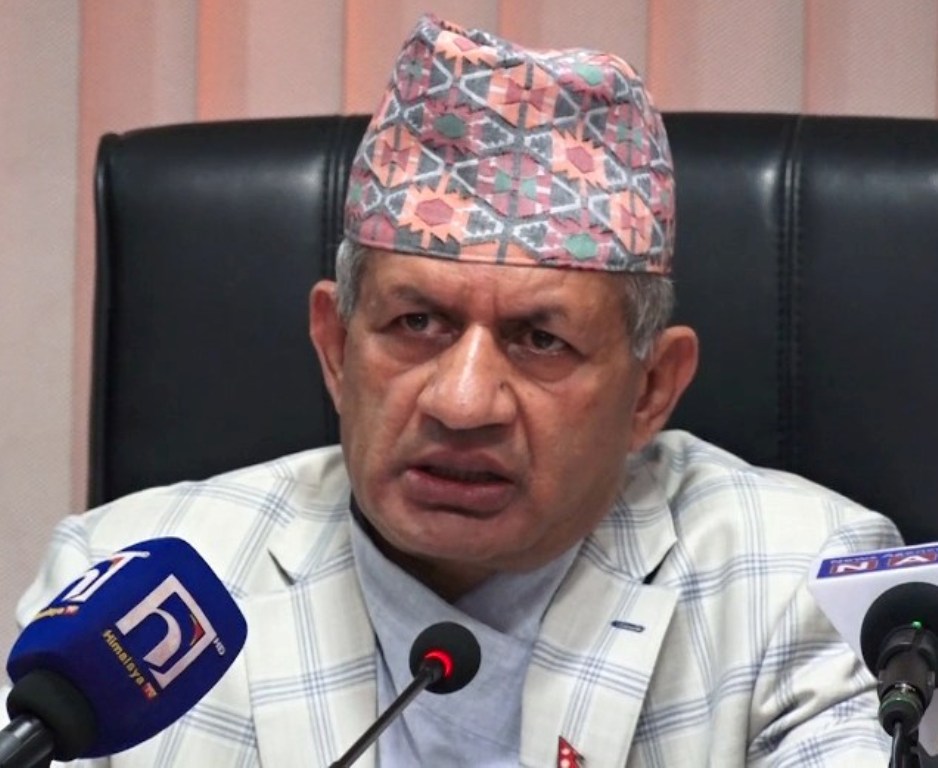 KATHMANDU, Aug 20: While refraining from taking a stand on India's recent move on Kashmir, Nepal has expressed a desire to see India and Pakistan resolve the disputed issue through peaceful dialogue.

Responding to a query by a journalist during a press conference organized at the Ministry of Foreign Affairs (MoFA) on Monday, Minister for Foreign Affairs Pradeep Kumar Gyawali said the issue of Kashmir was not an “internal”, but a bilateral, issue between India and Pakistan.

Many foreign policy experts in Kathmandu interpreted the foreign minister's statement as not recognizing the Indian move on Jammu and Kashmir as solely India's “internal affair”.

Although Gyawali in his statement cautiously avoided taking sides, he nonetheless urged both India and Pakistan to hold negotiations for maintaining peace and tranquility in the region. A large number of Nepali nationals work and live in Kashmir and Nepal has directed its embassy in New Delhi to take stock of the situation to ensure their safety.

While adding that Nepal is closely following recent developments in Kashmir, Gyawali expressed confidence that the Indian political leadership had the capacity to resolve the situation that has surfaced following India's recent move on Kashmir. “We have hope that this will not have any adverse impact on regional peace. We as the chair of SAARC want to convey the same message,” he further said.

Except for then prime minister KI Singh, who, according to some experts, made a statement that recognized Indian-administered Kashmir as an integral part of India, all other governments so far have maintained a silence on the issue. Since whatever Nepal chooses to say on Kashmir could be deemed as a pro or anti-India, all the governments have rather opted not to speak on the matter.

Gyawali's remarks come amid voices from various quarters that Nepal should say something about the recent development in Kashmir in its capacity as chair of the South Asian regional body. There has been international concern over the human rights of local people in Kashmir as schools and businesses remain closed and internet access has been denied for days.

Gyawali was speaking at the press conference organized to brief journalists about preparations for the fifth Joint Commission meeting between Nepal and India scheduled for August 21-22. He also refuted a statement made by Nepali Congress (NC) lawmaker Pradip Giri at a parliamentary committee recently that India could turn Nepal into another Sikkim.

Minister Gyawali said it was beyond imagination that India would interfere in Nepal's sovereign independence and that any such statement by a lawmaker of Giri's stature was simply unacceptable. He cautioned that such utterances could seriously harm the cordial relations that exist between Nepal and India.

Indian External Affairs Minister Subrahmanyam Jaishankar is arriving in Kathmandu on Wednesday to co-chair the JC meeting. The JC meeting at the level of foreign ministers of the two countries will discussions various issues of mutual interest such as floods and inundation caused by structures developed by the Indian side, projects and agreements that have failed to make any headway since a long time, implementation of the report prepared by the Eminent Persons' Group, trade, transit, security, border management, energy, water resources, and cross-border connectivity, according to Minister Gyawali.

The Nepal-India Joint Commission was established in June 1987. Its meetings are held alternately in Nepal and India. The last meeting was held in New Delhi on October 2016.