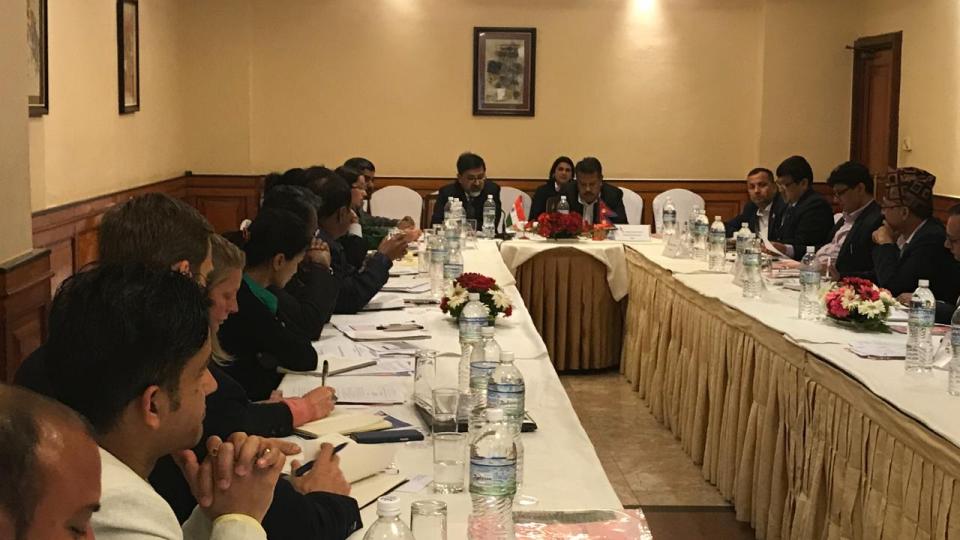 KATHMANDU, March 12: A meeting of the India-Nepal Joint Project Monitoring Committee to review the progress ofpost-earthquake reconstruction of projects in housing, education, health and cultural heritage sectors was held in Kathmandu, on Tuesday.

Secretary at the National Reconstruction Authority Arjun Kumar Karki  and Sudhakar Dalela, Joint Secretary (North) at the Indian Ministry of External Affairs led their respective delegations during the meeting.

The UNDP and UNOPS, the socio-technical facilitation consultants in Gorkha and Nuwakot districts respectively, gave a presentation on the progress of reconstruction as well as facilitation being extended to GoI supported housing beneficiaries in the two districts, according to a press statement issued by the Indian Embassy in Kathmandu.India is supporting reconstruction in these sectors with US $ 250 million grant.

Both sides agreed that through their combined efforts considerable progress has been made in the housing sector since the signing of sector specific MoU.

Discussions were also held on other three sectors namely education, health and cultural heritage. The two sides agreed to take steps to expedite progress in all sectors.

On the occasion, the Nepali side conveyed its appreciation for the support of the Government of India for post-earthquake reconstruction projects in Nepal.  Both sides agreed to work together to expedite progress in implementation of reconstruction projects. The next JPMC meeting would be held on a mutually convenient date, according to the statement.