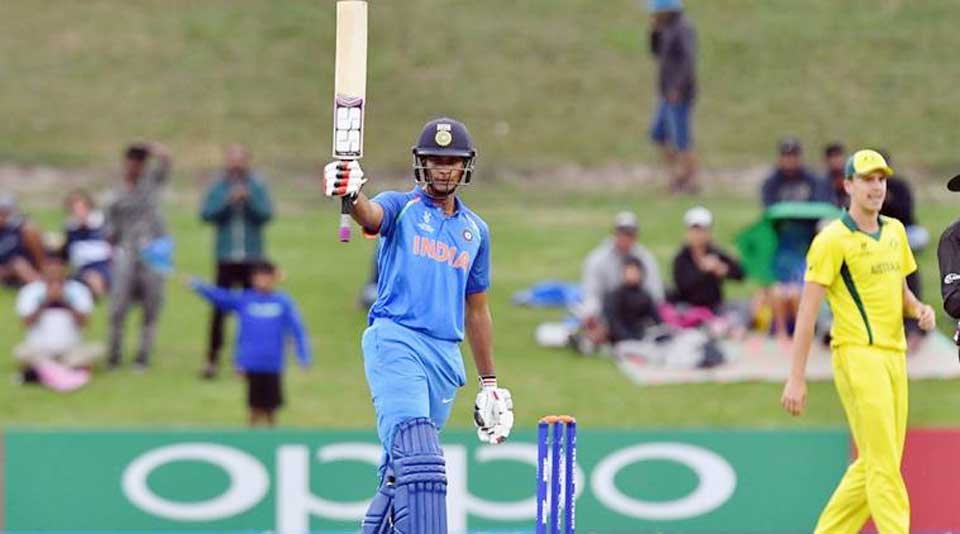 Manjot Kalra scored his first half century in the final. (Cricket World Cup/Twitter)

KATHMANDU, Feb 3: India has beaten Australia by eight wickets to lift the Under-19 World Cup for the fourth time. India pulled off a sensational win over Australia in the big final of the ICC Under-19 Cricket World Cup to become the only side in history to lift the coveted title for a record fourth time.

The India U-19 side, led by Prithvi Shaw, created history on Saturday when they defeated Australia U-19 by 8 wickets to clinch the ICC U-19 World Cup trophy.

The star of the show remained Manjot Kalra, who knocked a century to take India to an easy victory. Kalra became the second player in history to score a ton in ICC U-19 World Cup final, after India’s own Unmukt Chand. India were the only side to remain unbeaten in the tournament.