IN PICS: Awareness against COVID-19 getting effective in Pokhara

POKHARA, July 23: Traffic police personnel in Pokhara have been spreading awareness among the people against the global pandemic of novel coronavirus.

A joint team of the Kaski District Police and District Traffic Police launched an awareness campaign in ten different major places in the city including Mahendra Pul, Prithivi Chowk and Srijana Chowk.

Police personnel were seen standing beside the roads and displaying placards with awareness messages on Wednesday evening.

“This one-week program has turned out to be highly effective,” said Santosh Roka, chief at the District Traffic Police Office, Kaski.

The campaign kicked off at 10 am and lasted till 5 pm, according to Subash Hamal, spokesperson for the Kaski Police.

Here are some photos taken by Republica photojournalist Umesh Pun on Wednesday afternoon. 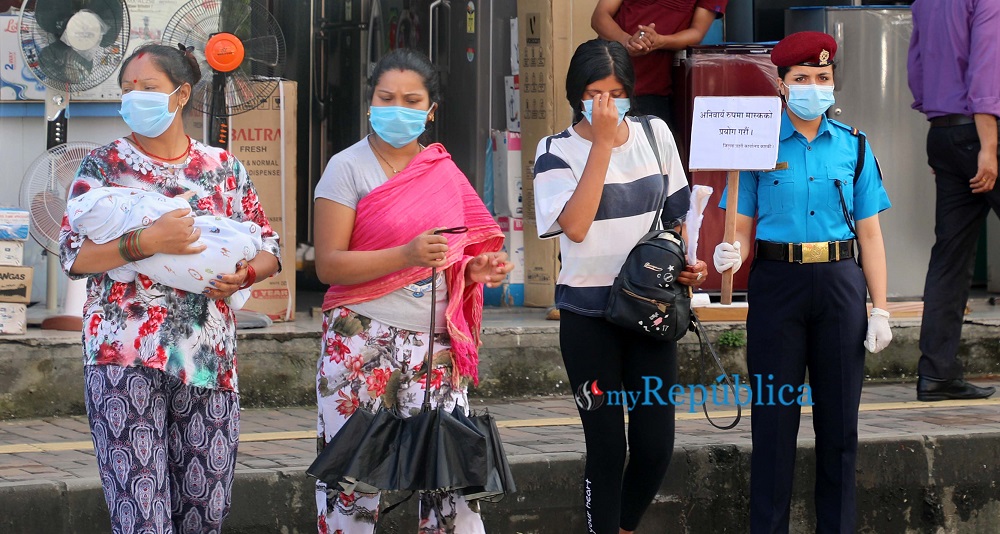 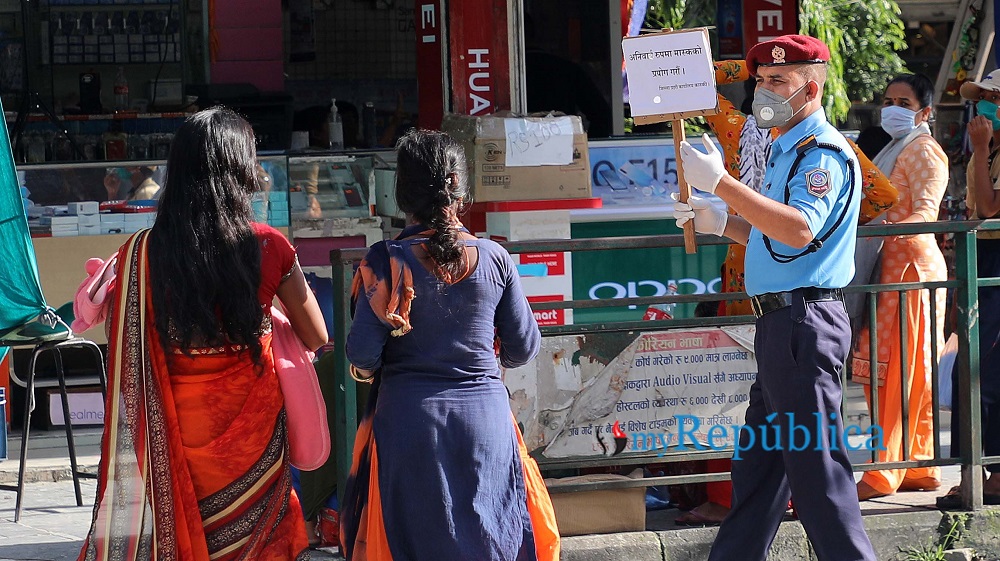 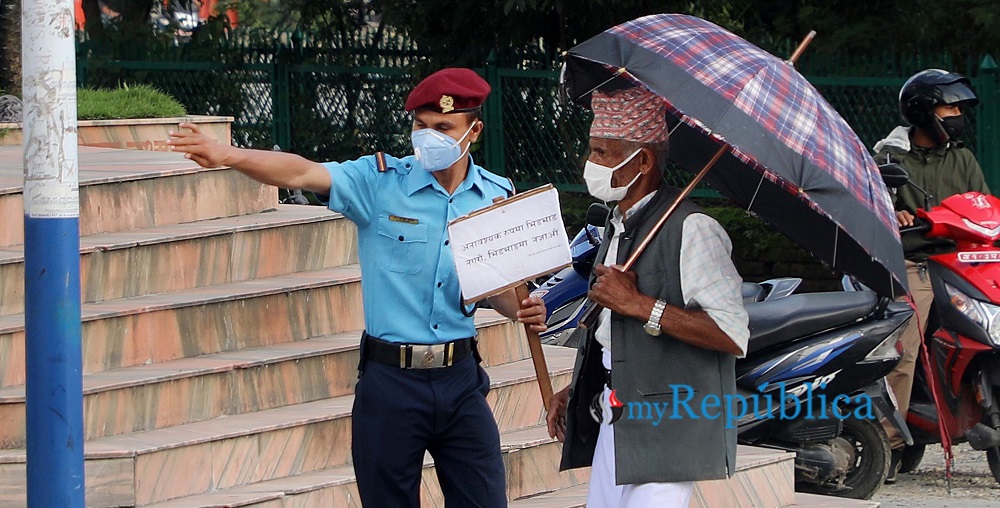 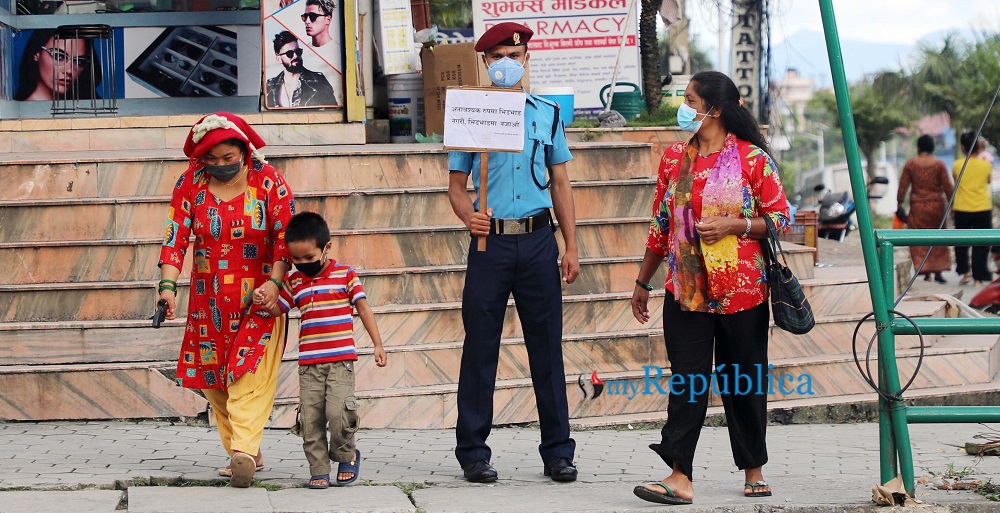 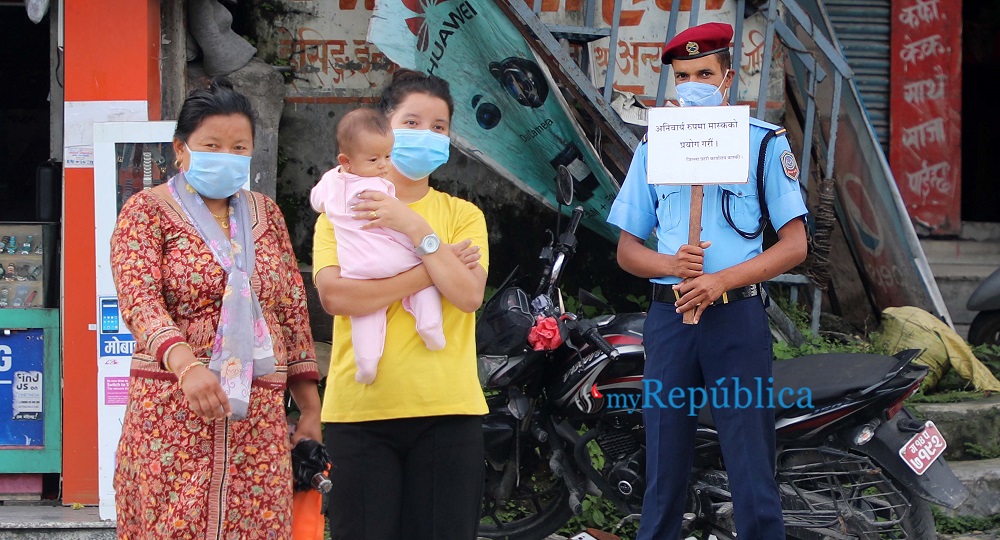 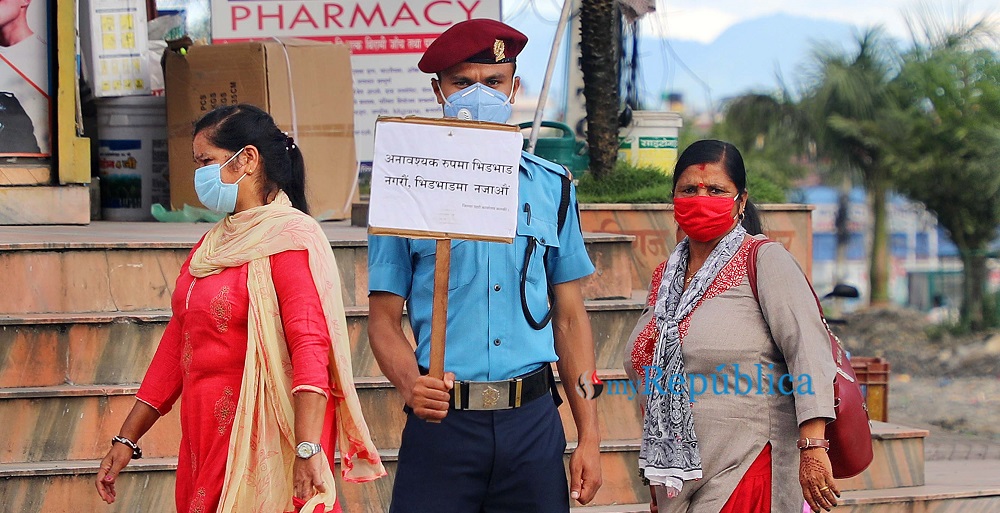