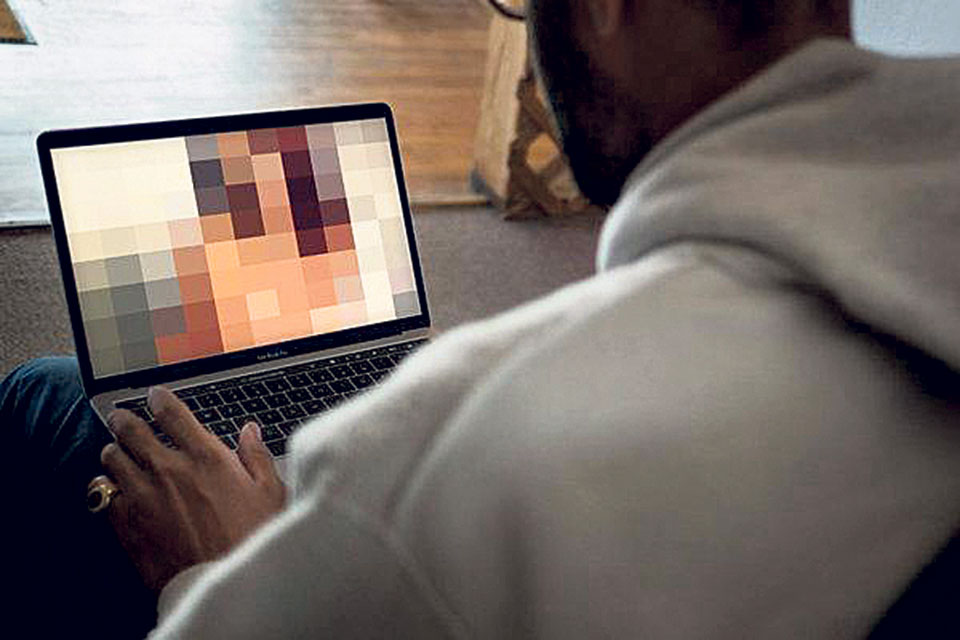 To believe pornography results in violence against women, we have to first believe that pornography is consumed exclusively by males

It was a love at first bite. The bite of freedom guaranteed by the internet. The freedom, more than the pornography.

To honestly admit it, post nineties generation got our first taste of freedom with the internet. That mystery called internet, that world beyond the realms of reality, yet very real, connected through cables, accessed through terminals, teleported through blips and blobs of modems, a tour-de-force equivalent to getting lost into the wild. The urge to enter the world of wild, impelled by the guaranteed anonymity, browsing around web pages of never seen before fantasies, actions, interactions and retractions, it was the true virtual reality at its best. It could only have been the internet. The journey from the status bar of internet explorer, that never seemed to load fully, to Silicon Valley’s greatest mobile phone applications, smooth and sleek, we all have tasted the joy of internet freedom one way or other.

But it was not always so. Pornography existed before the internet. It was widely circulated in video cassettes, compact discs, and in pages of Satyakatha, or “true stories”. Internet just made it accessible to hand held devices. Medium changed, message remained. Accessibility resulted in mass consumption, as is natural with the laws of demand and supply. What changed is the way we consumed it. Before it used to be with group of friends, now it is alone, anytime, anywhere. This market of pornography consumption, which could have been overlooked and ignored previously, and pretended never existed, suddenly became conspicuous. And conspicuity bred contempt.

I don’t intend to discuss the technicalities of ban on internet pornography, which itself is ridiculous  provided the limitation of state’s reach over gargantuan world of information technology, but the censorship—as the death of liberalism following what Don Delillo wrote in Underworld “to not undermine the willingness of state to act out its own massive fantasies.”

The wind has been blowing for some time now. With the advent of political correctness culture and identity movement, calls for restrictions on opinion, speech, art forms, especially liberal education have become more vocal. It has been repeated so often and so much that now it has become a dogma. Blown with this wind of change, the call for generalization of pornography as a cause of rape crime had been doing rounds on Nepali social media circles. Particularly in the light of recent heinous crimes against girls and women that have been filling the pages of our broadsheets. With the rage and emotions running high, with  the severity of reported crimes, it is not unnatural to call for drastic actions and strong measures of retaliation. However, any social issues that are generalized without fierce debates and fearless contestations will only lead to irrationality. Rage and fury impairs sound judgment. And if irrationality wins once, it becomes the norm.

To believe pornography results in violence against women, we have to first believe that pornography is consumed exclusively by males. Or in other words, women are incapable of watching and enjoying the pornographic content. Which implies, even if they do, those women would never engage in any sexual offences. And men who watch and enjoy will definitely be one of the offenders. To establish the cause and effect relationships, we also have to believe pornography is non-consensual, which would be the stupidest thing in the world to say. While two adults voluntarily involving in sexual activity must be the epitome of the concept of consent. There is no denying that internet porn offers objectionable contents, some of which might be illegal, but that should also be looked into objectively with other objectionable contents available over the internet. The same laws that govern other internet content can essentially govern the pornographic content. Cherry picking specific content, that is deemed immoral or instigator of crimes, for a blanket restriction is an action exemplary of an authoritarian state.

The foundations of any liberal democratic state are its liberal principles. Liberty of conscience, liberty of thoughts and feeling, liberty of expressing and publishing opinions, liberty of taste and pursuit; as enumerated by John Stuart Mill, will always be the bedrock of an open and free society. If we let state to morally police the content and censor what is good and bad for individuals, then we are essentially asking the government to take away our fundamental rights. It means that we are incapable of individual choices.

And any society that lets generalizations to relinquish its liberty is already a failed one, with or without crimes, perpetrators or victims.

Clear provision to ensure freedom of expression on internet sought

KATHMANDU, Aug 3: Common citizens are harassed and charged with public offence cases due to lack of clear and comprehensive... Read More...

KATHMANDU, Dec 10: NIC Asia said Friday that its clients will get to transfer funds to other directly to accounts in... Read More...

Meeting of the ruling coalition begins
7 minutes ago