Imposition of customs duty on book import against UNESCO's principle 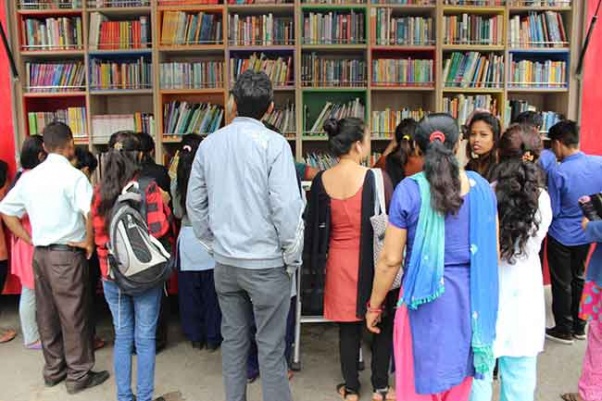 KATHMANDU, June 9: For the first time, 10 percent customs duty is being levied on all types of books imported from India. The students will be directly hit with this provision coming into effect from coming July 17 as stipulated in the budget statement for the fiscal year 2019/20.

Customs duty was not imposed on book imports from India before this. The United Nations Educational, Scientific and Cultural Organization (UNESCO) have a rule that bars levying value added tax (VAT) and customs duty on school and college textbooks.

Nepal is a member of UNESCO. Proprietor of Ekta Books Pvt Ltd, Ram Chandra Timothy said mass of students and readers would ultimately be affected with the government's wont to impose customs duty on book import from India by going against the UNESCO's principle. "The government's effort to levy customs duty on books in the name of discouraging the import without taking into account Nepal's membership of UNESCO has forced the mass of students and readers to ponder regarding the government's intention," Nitiraj Sapkota, a bookseller and publisher, said.

Before this, there was provision of levying 15 per cent customs duty on the bill in the case of books printed in India by Nepali publishers and brought to Nepal. Similarly, payment of Rs 500 government fee equivalents to the third Letter of Credit would be enough regarding books published in India.

The budget statement for the fiscal year 2019/20 presented on May 29 by Finance Minister before the joint session of the federal parliament states that a 10 per cent customs duty has been fixed on textbooks imported from India. The government has been adjusting the price of school-level textbooks since the last three years in a row. There has not been an unauthorized hike in the price of school textbooks as the price is adjusted on the basis of number of pages.

The Curriculum Development Centre has been regulating and monitoring the book publication, besides adjusting the price of textbooks. Students studying in government schools get the textbooks free of cost while those studying in private schools have to pay for the school textbooks. The current price of textbook with colour print is fixed at the rate of Rs 1.45 per page.

The Janak Education Materials Centre Ltd, a government entity, is printing and distributing the textbooks used by the government schools. The price of government textbooks is as per the price determined by the government. Newly elected President of Federation of Nepal Book and Stationery Business, Navanidhi Panta, said that though Nepal has become self-dependent on school-level textbooks, students pursuing higher education would be hit hard due to the 10 per cent tax as the country has not become self-reliant on college-level textbooks as well as other textbooks. Indian textbooks of different subjects are being taught at seven universities in Nepal.

Nepal is still dependent on textbooks of MBBS, art and law. The FNBSB has no record about the number of books imported from India. There are around 1.5 million students studying from class 1 to 12 and it is estimated that textbooks worth Rs 2 billion are used.

Similarly, the number of students pursuing education under different faculties --Management, Humanities, Science and Education - for higher education is around 400,000. So around 400,000 students would be directly hit hard due to the 10 per cent tax imposed on textbooks imported from India. There are around 800 printing press that print textbooks in the country.

Sajha Prakashan to be given book printing responsibility: Education Minister