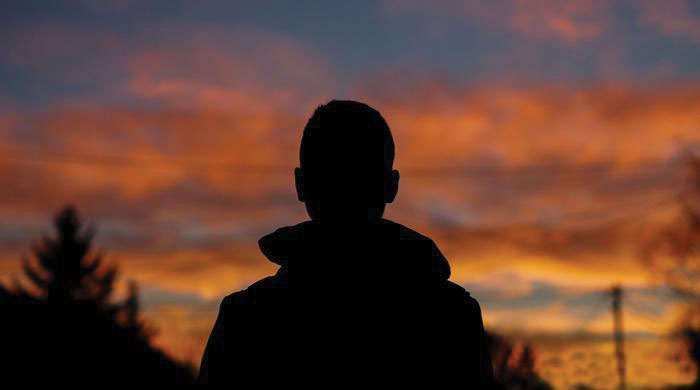 A simple “where are you from?” question can wreak havoc in one’s identity as it does to any immigrant in any country in the world

Life begins with assertion of existence through the first cry (identity). The battle for identity gradually grows beyond families, communities, organizations, countries, and continents depending on the level of the progress. Needless to say, one’s identity is at stake of being upended at every moment of life’s journey as the onslaught on identity can emerge from the unlikeliest of places and persons.

Where are you from?
A simple “where are you from?” question can wreak havoc in one’s identity as it does to any immigrant in any country in the world. This is one of the most dreaded questions I have ever been asked in the country I have adopted. This country is a vast ocean of humanity, compassion, and opportunities but it has also its own share of parochial minded people. These people are enough to taint the whole ocean.

This adds to the already existing dual identity anxiety syndrome. First, very few people have prior knowledge of existence of Nepal in this part of the world. Therefore, it is already a Herculean task to invoke Nepal through oft-repeated talking points of the Mount Everest, and Lumbini, the birthplace of the Buddha as imposed on us through our school and college syllabuses like a hypodermic syringe. The Herculean task turns out to be a Sisyphean one when the person in conversation shows his/her ignorance about these two places.

Second, many Nepalis are easily mistaken for Indians in any corner of the world.  It is the complexion, idiot!  South Indians consider us to be North Indians. Most Nepalis resemble Gujaratis or Biharis or even Bengalis depending on beholders’ perception, definition, and imagination. I wish we Nepalis were equipped with a keen sense and mastery of business as the Gujaratis are.  We have never been as shrewd as the Biharis even in our distant dreams.

Politics aside, India, for many Nepalis, is a holy land of pilgrimages. They have dived deep in the holy waters (although the water is not as clean as it should have been, but they do not care less) of the Ganges River and become part of the splendid ‘aarati’ (ritual of offering prayer) at Dashaswamedh Ghat on its banks in Banaras. They have wandered around the sprawling Kumbha Mela site in Prayag (Allahabad) barefoot and taken holy dips in the confluence of Ganges, Yamuna and mystical Saraswati Rivers to cleanse themselves off the sins they may have committed knowingly or unknowingly.

This is the very country traversed by myriads of our ancestors in quest of spiritual solace, salvation, and moksha. They have worshipped every grain of sand there. But sadly, this land has betrayed us by harboring the flagrant atheists (Nepali Maoists leaders, who were exhorting their militia to dig trenches (tunnels) along the border to fight against the Indian hegemony in the heydays of Maoist war in Nepal in 1990s, were safely hiding in India) who were also waging a war against Sanskrit language, the fountainhead of Hindu scriptures and civilizations.

Patriotism over nationalism
God made land. Man made boundaries. Nationalism should not be confused with patriotism. Patriotism is pure, ideal, and all about taking pride in what you are associated with and where you belong. It is not about ‘othering’, ownership, and possession.

Therefore, nationalism wedded to shoddy patriotism is an eye sore. The tunnel (read communist) nationalism contrives to create an enemy (while being the confidante of the much purported enemy) first and the fakes fighting against it (remember the Maoist optics mentioned earlier on).

Manufactured nationalism prefers a shrunk space and identity, which provides a fertile playground for autocrats. The agents of autocracy seem to be making the most of the dark web (World Wide Web accessible by means of special software that allows users and website operators to remain anonymous or untraceable). The current surge of nationalism amongst spectrum of political aristocrats in Europe and America is contrived towards derailing the Western democracies that are the votaries of freedom and human dignity. The firewall (read cyber) nationalism (read war) has successfully wedged wall nationalism amongst Americans. The Brexit (debacle) nationalism is yet another instance. The technological subversion and manipulation by firewall nationalism (cyber war) has significantly eroded public trust in democracy.

Not all caterpillars transform into beautiful butterflies. Some caterpillars morph into moths. The beholders rejoice at the sight of butterflies but they loathe moths by heart. Butterflies love to soar higher and moths tend to descend lower. Butterflies fly by the day. Moths fly by night. Butterflies are metaphors of democracies whereas moths represent autocracies.

Sadly, the caterpillars in Nepal that are hanging upside down have shown clear symptoms of transforming into the Venezuelan (Nicolás) Maduro moths by aping (Hugo) Chávez communism. Moths die premature deaths. Ultra nationalism is ‘all sound and fury’ signifying nothing. Embracing ideological dogmatism is the sure shot way of securing divorce from political pragmatism. Dogmatism symbolizes dearth. Pragmatism symbolizes plenty. Pragmatism also means commitment to people, to prosperity, to country itself.

They say dreams come true. I used to have recurring dreams when I was a child. I would run after a beautiful ‘putali’ (butterfly) that would fly beyond my reach on the horizon. Despaired and dejected, I would pluck a ‘pyauli’ (reinwardtia indica) flower from the ‘kanlo’ (boundary line of earth) in the terraced field. In reality, I kept chasing the butterfly so far and wide that I arrived in a far away land that is surrounded by the Atlantic and Pacific Oceans in the east and west respectively and the Gulf of Mexico in the south. It’s called America.

It is where I have been asked the most dreaded question: ‘Where are you from?’ instantly decimating my residual identity, if any, at all. Still, I stand firm by my decision to run after the beautiful butterfly that keeps fluttering around here. I believe, sometimes, ideals supersede identity when existence transcends self-imposed barriers.

KATHMANDU, April 27: The printing of the voter identity cards for the upcoming local level election is in its final stage. Read More...