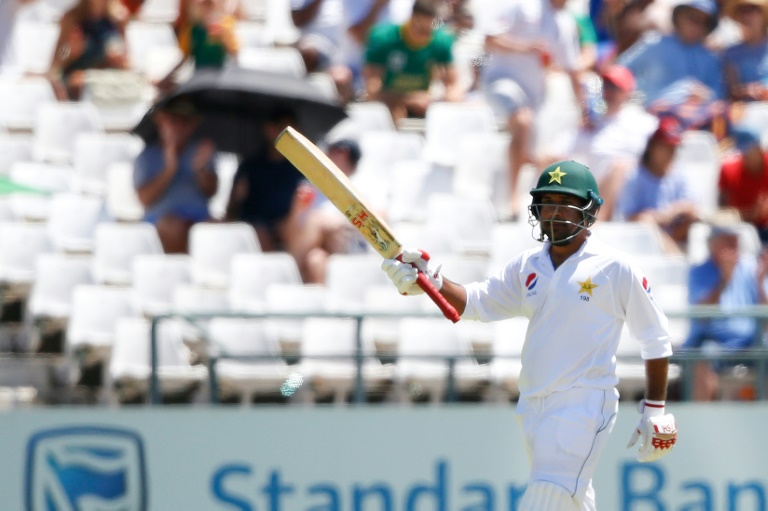 KARACHI, Jan 27: The International Cricket Council handed Sarfraz Ahmed a four-match suspension on Sunday after a racist remark made by the Pakistan captain was picked up by a stump microphone in South Africa last week.

Sarfraz was heard making a comment in Urdu about Andile Phehlukwayo during last week's one day international in Durban, where the South African all-rounder earned a match-winning partnership with Rassie van der Dussen.

According to espncricinfo.com, the comment could be translated as: "Hey black guy, where's your mother sitting today? What (prayer) have you got her to say for you today?"

"The ICC has a zero-tolerance policy towards conduct of this nature," the global cricket governing body's chief executive David Richardson said in a statement.

"I wish to extend my sincere apologies to any person who may have taken offence from my expression of frustration... My words were not directed towards anyone in particular and I certainly had no intention of upsetting anyone," Sarfraz wrote.

"I did not even mean for my words to be heard, understood or communicated to the opposing team or the cricket fans."

The apology was given weight by the ICC as it handed out its suspension.

"Sarfraz has promptly admitted the offence, was regretful of his actions and has issued a public apology, so these factors were taken into account when determining an appropriate sanction," said Richardson.

Phehlukwayo seemed at ease about the incident after the match.

South Africa to back ICC plan for four-day tests

Cabinet to hold meeting in the evening, expected to make COVID-19 related decisions
6 hours ago

Small but quick: Bhutan vaccinates 93% of adults in 16 days
5 hours ago