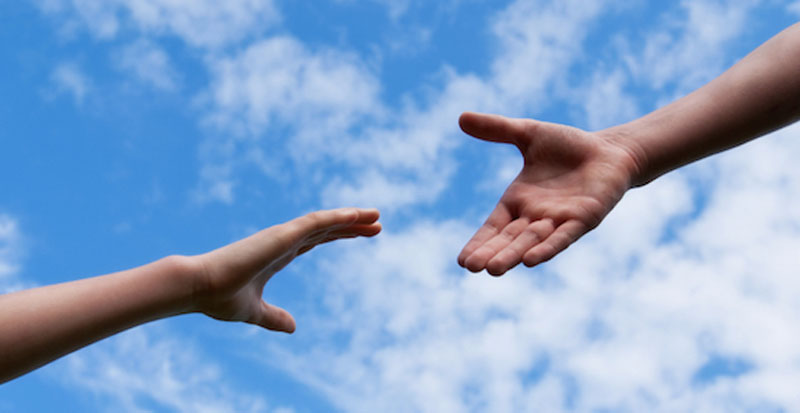 In March, 2016, a motorcyclist was taking a turn at a traffic junction at Weifang, a city in eastern China’s Shandong province. A speeding black car from behind struck him and threw him off onto the intersection. Several buses and cars drove by the injured man.

Cyclists pedaled on, and pedestrians kept walking. The car that hit the man did not stop either. Nobody bothered to stop and help up the man. Some slowed down to look at the bleeding man but they also moved on. Nobody cared to telephone the police nor take the injured to the hospital.

In 2011, a toddler in southern China was run over by a van and a large truck. About 18 people had seen this happen. Not a single one of them came to the toddler’s aid. The toddler succumbed to injuries.

Something similar happened in Delhi in August, 2016. A security guard was hit by a delivery van. He lay on the road writhing in pain. A rickshaw-puller stopped to steal dying man’s mobile phone. Several people walked by him. Nobody bothered to help. The man succumbed to injuries.

You don’t have to be in China or India to witness extreme form of human apathy. I have witnessed this in Kathmandu. Only the degree of severity may be different.

I have seen the needy in the streets extending hands for few rupees while the rich men in posh clothes walk past them without even turning to hear their cries. I have seen women and young girls left unsupported even during the most difficult times.

For example, they are waiting for buses to get back home in the evening.  A jam packed micro bus finally arrives. But able-bodied men jostle to get in.  The bus fills to the brim and drives away leaving the women and children behind. Meanwhile a number of cars go past these desperate people. No one stops for a moment to ask if they are going to the same direction and offer a ride. The car owner would not have to spend an extra penny for this.

Nepalis had helped each other during the economic blockade of 2015.  Vehicles passing by would stop to ask the walking men and women where they are going and if they could give a ride. This was the time of kindness being personified.

But slowly and gradually, we, as a society, seem to be losing this great human virtue. A person may be on the verge of death and his life could be saved if we take him to a hospital nearby on time. How many of us have offered to help such people in such situations?

I had written a book last year about how we can revive sense of helping people in need.  I dwelled on in great length as to how mankind can revive humanity, human values and humanism. But some people tell me this is the duty of humanitarian agencies who offer humanitarian aids. It feels like we still have not understood the basic tenets of humanism.

Humanism constitutes helping the needy and less fortunate people with selfless motive. Working and acting for the betterment of self and the society and developing the society that respects peace and humanity. This may sound like a farfetched idea but I believe we can revive humanism if we can teach human values to children right from their formative years.

Not all of us have understood concept of humanism because we have never been educated on this.  Therefore a man falls for greed, avarice, anger, violence and jealousy.

We believe the real happiness lies in amassing wealth. This is a wrong notion. The real happiness, as great Nepali poet Laxmi Prasad Devkota has put it somewhere, lies in giving to others without caring about the self.

A person who is not brought up in humanistic way cannot understand values of humanism. But a child brought up in humanistic setting will not be uncaring and indifferent towards others when he grows up. This is why we need to start a course on humanism from early grades up to high school. Just like a potter can mould a shapeless mud into beautiful clay crafts, we can mold children into humanists.

It’s not difficult to revive sense of helping each other because it’s in our culture. We go to console our neighbors when they lose their loved ones. We participate in funerals and mourning to express our support to the bereaved families.  Likewise, we also participate in wedding ceremonies to express sense of togetherness.  And if someone is in serious problems within our family circles and the neighborhood, we seek to help them come out of those problems through whatever means within our reach.  We need to extend what we do within the family circles to the wider social and community settings. We need to be able to see everyone in trouble as someone who is our friend, not a stranger.