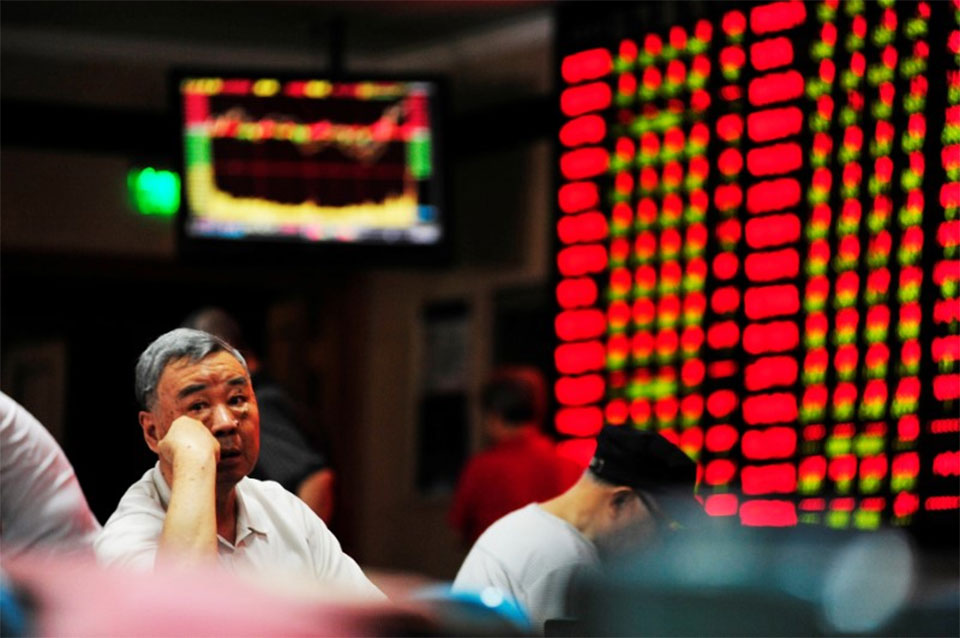 An investor sits in front of an electronic board showing stock information at a brokerage house in Nanjing, Jiangsu province, China, September 27, 2016. REUTERS/Stringer

SHANGHAI, May 24: Asian shares moved lower on Thursday as investors fretted about new setbacks in U.S.-China trade talks, but negative sentiment was tempered by U.S. Federal Reserve meeting minutes suggesting it would not raise the tempo at which it increases interest rates.

A day after U.S. President Donald Trump said he was not pleased with trade talks between the United States and China, he called for “a different structure” in any trade deal. The move added to uncertainty over the negotiations and prompted a fall in stock markets.

However, the release of minutes from the Federal Reserve’s May 1-2 meeting eased market concerns that it would raise interest rates more quickly than expected. The minutes, which were seen as dovish, helped to push U.S. stocks into positive territory on Wednesday.

“(The) minutes read largely in line with latest Fedspeak. Consensus finds no major signs of accelerating inflation; wage improvements aren’t broad; drivers of the (workforce) participation rate are still a mystery and the flatter yield curve isn’t flashing red yet,” Citi analysts said in a note.

The two-year treasury note yield, which rises with traders’ expectations of higher Fed fund rates, was at 2.5282 percent.

The yield on benchmark 10-year Treasury notes fell back below the 3-percent threshold to 2.999 percent, compared with its U.S. close of 3.003 percent on Wednesday.

U.S. crude was flat at $71.83 a barrel. Oil prices fell on Wednesday after an unexpected rise in U.S. crude and gasoline inventories.

Brent futures stood at $79.80 a barrel. Last week, the global benchmark rose above $80 for the first time since November 2014.

Emerging market currencies are in the spotlight after Turkey’s central bank raised interest rates by 300 basis points to support a plunging lira.

The bank, which had been scheduled to hold its next policy-setting meeting on June 7, said it had increased its top interest rate to 16.5 percent from 13.5 percent.

The lira has fallen about 20 percent so far this year to a series of record lows, but the currency reversed course after the central bank decision. It was last down 0.2 percent at 4.5790 to the dollar.

Nepal-India Trade Treaty to be renewed without any change

KATHMANDU, Oct 6: Nepal imported 5.4 times more from India than it exported to the southern neighbor in 2009 when the... Read More...