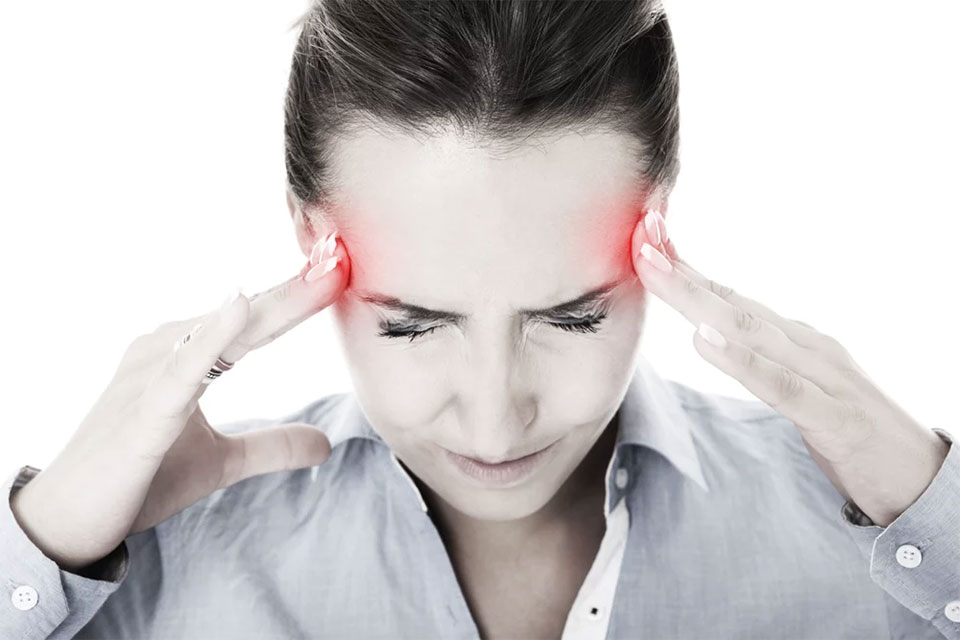 July 5: For some migraine sufferers, the pain is preceded by visual artefacts called aura, which can include seeing wavy lines, flashes of light or blind spots. These are triggered by a wave of electrical activity in the brain, and now researchers at Penn State University have found a way to counter and slow the spread of those signals, which could be the first step towards preventing or lessening migraines before they take hold.

It's not well understood what's going on in the brain during a migraine and the preceding aura, but it's thought to be the result of a kind of electrical shockwave. As these signals ripple through the brain, neurons in the visual cortex may fire and create the aura hallucinations, while pain follows like an aftershock as the blood vessels become inflamed.

"The electrical activity in the brain causing the aura is like a rolling blackout," says Andrew Whalen, co-author of the study. "It's not just a single cell, but a chain reaction that moves across the brain causing swelling, and it takes people a while to recover."

Using a positive charge, the researchers found that the electrical activity moved deeper into the brain rather than propagating across its surface, cutting short the episode and reducing or preventing the pain of a migraine.

"We thought that if we stopped the initial phase, the aura, we would stop the rest," says Steven Schiff, co-author of the study. "We finally figured out that the charge necessary to stop the spreading depression was opposite to what we assumed. Once we chose the opposite charge, the progression of the phenomena stopped. We came up with a biophysical understanding and it applies to the fundamental physiology of the aura, and we can make it worse with one current and we can make it better with the opposite current."

Interestingly, the researchers say the direction of the electrical current used to treat migraines is the opposite to that used to control seizures.

While the team is quick to point out that they haven't yet "cured" migraines, the research is a positive step towards treatments that prevent them from taking hold in the first place. Similar stimulation has been used to combat migraines in the past, including the Cefaly headband or a device that delivers thermal currents through the ear canal, but both of these are used to reduce pain or length of an episode already underway. Aimovig, an FDA-approved drug that targets key peptides associated with activating migraines, is preventative, but is quite costly and invasive.

The team says that applying these electrical currents is possible and safe for humans, and they hope to test it in clinical trials in the future.

Gold price increases by Rs 400 per tola
35 minutes ago