How many women representing which party under PR category ? 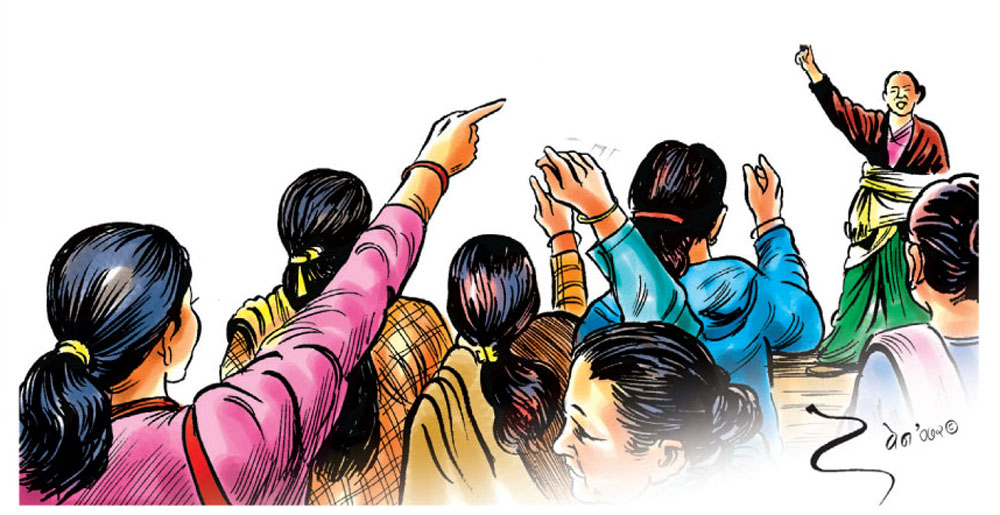 As per the provision laid down in the Constitution regarding representation of women in the House of Representatives and National Assembly, CPN-UML  should at least include 37 women, Nepali Congress 20, CPN (Maoist Center) 16, Rastriya Janata Party- Nepal 6, Federal Socialist Fourm Nepal 5 women compulsorily, informed Election Commission.

Article 84 (8) of the Constitution of Nepal has stated that at least one third of the total number of members elected from each political party representing in the Federal Parliament must be women.

The EC has urged the political parties to submit their final list of PR candidates by February 10 (starting 12 pm to 5:00 pm).

Similarly, CPN-UML has got 80 seats, CPN (Maoist Center) has 36, and Nepali Congress has 23 seats, FSFN has obtained 11 and FSFN has garnered 10 seats in the House of Representatives elected under the First-Past-The-Post (FPTP) election system.

Likewise, in the National Assembly election, CPN-UML has  27. NC 13, Maoist Center 12 and FSFN and RJPN have secured 2/2 seats.

ROLPA, August 28: These days, a large number of women in Rolpa are into small-scale businesses. Earlier, most of these... Read More...

At least 11 missing in Myagdi floods
12 hours ago