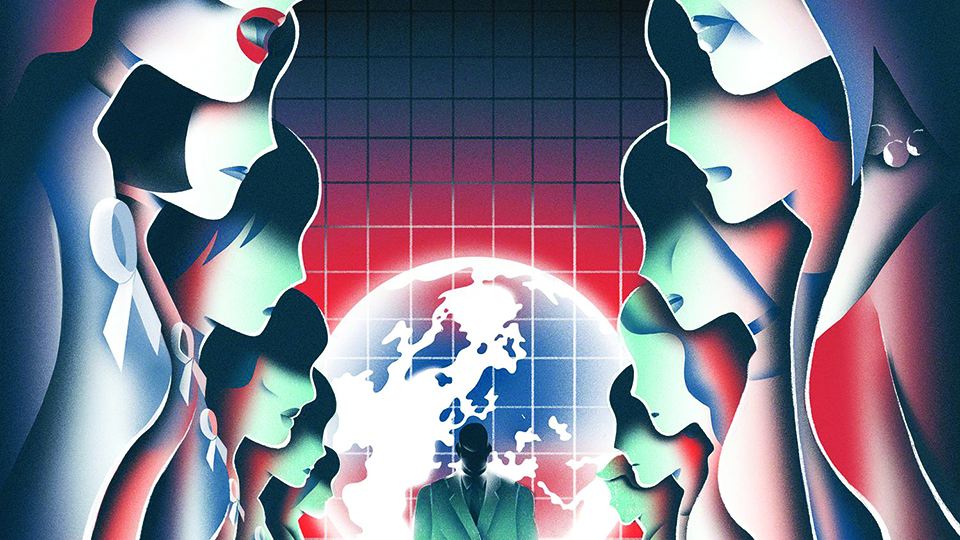 Women are still being character-assassinated. How many more suffering women does it take to change Nepali society’s mindset toward domestic abuse?

Last week, as part of the Open Mic session of international art series 52Artists 52Actions organized by ArtSpaceNSW, I was given an international platform by amazing artist Ashmina Ranjit to share my story of resilience, empowerment and strength as a survivor of Domestic Violence (DV).

I was also approached by two other established artists to cover my story in one of their projects showcasing Nepali diaspora here in Australia. This was me coming forward after almost a decade of my DV survival. It took me this long to share my story.

I still vividly remember waking up in the Critical Care Unit (CCU). It was one of those many times I had been hospitalized as a consequence of domestic abuse. I was extremely broken and vulnerable and was questioning my existence and regretting being alive when a Nepali nurse walked toward me.

What she said next made me curse my survival. She told me that if she were me, she’d go back to the father of the child even after surviving strangulation. A person in such an influential, professional and powerful position to change someone’s life was so culturally entrenched that leaving the country made no difference to her conservative victim-blaming mindset. I was devastated.

Then the other week, my cousin asked me what exactly had gone wrong with my ex and me because when she recently met him, he seemed so sweet, caring and charming. I wasn’t surprised this time. This wasn’t the first time I had been told how ‘sweet’, ‘perfect’ and ‘charming’ he was and how I was the one with anger issues. This is how it unfolded for me.

On our wedding night, he revealed to me that he’d cheated on me whilst we were engaged. So when I confronted him, he immediately grabbed his mother’s medication and popped few pills in his mouth. Just before he passed out, he banged his head repeatedly on the wall and threatened me that I would be solely responsible for his untimely demise. I was left speechless, numb and motionless by what had just happened. That was just the beginning of a long torturous journey ahead.

He started mentally torturing me every day. Looking back I now know he had given plenty of warning signs of a psychopath, from day one of our marriage. It is so obvious now, but back then, no one had any apprehension or inkling. He was becoming a monster of a psychopath and his monstrosity grew worse every passing day. Life had become unbearable for me. Eight years was no little time to be going through so much emotional, psychological, sexual, physical and every kind of abuse. In those eight years, I had tried to kill myself twice already. These were clear alarm bells no one was willing to hear.

I tried telling someone once but got silenced in the name of culture and tradition. I was accused of being “non-compliant” wife because all wives were meant to put up with whatever the husband did/said/asked of his wife. Having been raised in a household devoid of any male, I was mocked as stupid because I didn’t know about how patriarchy worked in Nepali society. I was hushed back into my suffer-cave because all the sufferings were apparently “part and parcel” of a marriage. I was the one creating issue out of nothing I was told, by a woman! I felt terrifyingly alone and my life felt a burden.

Being a woman, I dared to put a stop to illogical accusations, multi-faceted abuses—social boycotting, psychological assault, verbal abuses, emotional blackmailing, physical assault, financial restrictions. As a woman I dared to stand up against violence. I became an outcast overnight. That day when I was nearly strangled to death and had to choose between death and lifelong wrath, I chose life full of resentment toward me by Nepali diaspora here in Australia. That day, I also learnt that being a woman with courage is perceived as a travesty of our ingrained culture. Suddenly, my Nepali-ness was stripped off from me just because I chose to provide my child with a positive and non-aggressive environment, because I chose to have dignity and self-worth rather than society’s preconceived notion of togetherness until death.

When I decided to separate myself from that long-term, rocky, self-loathing, unhealthy and abusive relationship, I chose to be alive. I chose to not let others decide what happiness meant for my son and me. I was aware that I would be judged and that my character would be put in jeopardy. What I wasn’t aware of was the repercussions manifested as abandonment from the community. I was character-assasinated, I was spat on, I was accused and blamed for choosing to disassociate myself from a decade-long abusive relationship.

Our society still hasn’t learnt to handle the heinous truth behind a charming facade. There’s a pattern to abusers. Often they come disguised as genuine well wishers, best son-in-laws, best this best that. If they are influential personas then there’s hardly any hope for victims to be heard or trusted by the herd so blinded by the abusers’ sorry-arse stories.

It still triggers me reading every other survivor’s story even though it’s been a decade of my survival. I still get asked why I get triggered so much by others’ survival story, by yet another case of perpetrators getting away from the clutches of law. I can only say that the deeply embedded trauma of such barbarism can rarely ever be erased. No matter how many therapies, no matter how strong you’ve rebuilt yourself, those scars will always remain, like your soul is burning slowly inside, well hidden from the outside, but very much aflame inside. You can try fading it with current happiness but it never ever completely goes away.

So many people mindlessly ask why victims don’t raise DV issues earlier, why victims fall prey to serial abusers. Well actually, no one ever knows how these manipulative serial abusers emotionally manipulate their preys. No one can imagine the intricate details of each second they carefully use their words, scenarios, circumstances, etc to cloud victim’s mind to the point where their prey cannot logic or think clearly.

My sisters and some close family members are still in touch with my perpetrator even after my near-death survival. What vested interest and equations they have I do not know. But my perpetrator uses it as an example to vilify his preys and to gain sympathy from his next prey. Such is their vicious unimaginable story-weaving manipulation cycle. Not a single clue to his next prey about his heinous past because no woman will ever share intimate details of how barbaric he was on every single aspect of life under the same roof. No matter how much survivors raise awareness, the actual extent of barbarism is never fully disclosed. So the cycle continues.

I still see women being questioned and character-assasinated. How many more suffering women does it take to change Nepali society’s mindset toward domestic abuse? How many more deaths of victims and how many more loss of mental capacity of survivors will it take to see through perpetrators’ sweet-swaying hidden monstrosity? Why are survivors and victims harassed, objectified, mistrusted, dismissed and denied any justice just because they took years to muster enough courage to expose their spouses/perpetrators? Why aren’t we questioning, shaming, boycotting and jailing such psychopaths instead of doubting survivors?

At the end of the day, no one, absolutely NO ONE, deserves DV and NOTHING ever justifies domestic violence. EVER! Those perpetrators who have gotten away so easily from law/justice/society, should seriously start fearing the consequences now. When people open their conscience, justice will be served, one way or the other, sooner or later. Please remember this before asking any survivor the whys and the hows of tolerating DV because often their silence will scream louder than any other resounding words.

If anything is left to say or write, do it now: Rabi Lamichhane
15 hours ago

Two arrested on charge of rape
8 hours ago