How Bhutan is fooling the world about refugee crisis 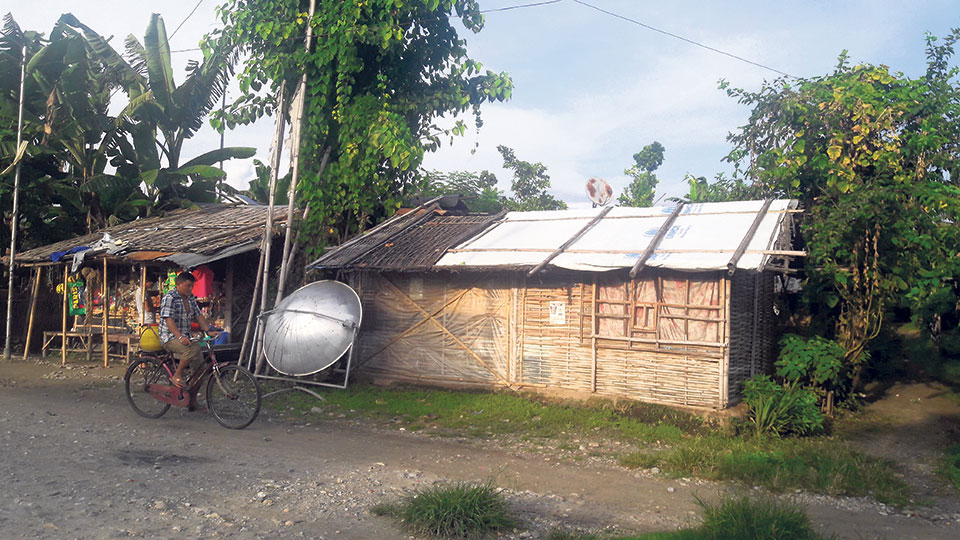 Hari Khanal, board chairman of the Bhutanese Society of Western Massachusetts, is a former Bhutanese refugee currently working as a community health worker at a local health center in Springfield, Massachusetts.
news@myrepublica.com

The resettled Bhutanese need to come together to make the international community aware about the reality and exert diplomatic pressure on Bhutan.

In the early 1990s, the Royal Government of Bhutan (RGOB) forcibly expelled about one sixth of its population, especially the Nepali-speaking Lhotshampas (citizens living in the south) as part of the government's ethnic cleansing policy. According to the Amnesty International’s Report on Bhutan published in January 1994, a total of 85,000 Lhotshampas were forced to leave the country due to unrest caused by deliberate measures taken by the local authorities to force them into exile and threats posed by the government officials.

India, which considers itself as the largest democracy, refused to provide asylum to such a big number of forcibly expelled citizens from Bhutan. The Article 14(1) of the Universal Declaration of Human Rights (UDHR), which was adopted in 1948, guarantees the right to seek and enjoy asylum in other countries. However, India did not hear the pleas made by the evicted fellow citizens from Bhutan.  As a result, they were forced to cross India and enter Nepal in search of asylum with an uncertain future. Fortunately, the then government of Nepal granted asylum to them in eastern Nepal as Bhutanese refugees under the Supervision of the United Nations High Commissioner for Refugees (UNHCR).

The population of Bhutanese refugees registered in the UNHCR monitored seven refugee camps in eastern Nepal had increased to about 110,000 by the end of 2007. Fifteen rounds of Nepal-Bhutan bilateral talks were held between 1993-2003 for an early repatriation to Bhutan with dignity and honor. However, all these bilateral talks ended without any outcomes due to the Bhutanese government’s adamant position despite external pressures from the international community including the refugee host country Nepal. Since then, there have been no formal discussions between these two countries for finding an amicable solution to the long-standing refugee crisis.

After seeing no signs of possible resolution to the refugee crisis through Nepal-Bhutan bilateral talks, a resettlement proposal was made public by the core group of seven different countries in late 2007 to resettle certain numbers of refugees by each country as an alternative solution to the crisis. The refugee resettlement process then formally began in early 2008. About two years later, the United Kingdom also joined the core group, bringing the number of countries hosting Bhutanese refugees to eight. So far, over 100,000 Bhutanese refugees have been resettled in these eight countries, over 95,000 in the United States.

Over a period of 15-16 years before the resettlement process and even during and after the resettlement program, the refugees and their organizations in Nepal continued to organize peaceful activities such as holding sit-in protests, hunger strikes, rallies, public meetings, bicycle rallies, peace marches to Bhutan, press conferences, and meetings with diplomats at national, regional, and international levels. Through these activities, the Bhutanese refugees challenged the RGOB stating that they were peaceful citizens of Bhutan and they should be allowed to return to their country. However, the RGOB has always insisted that the people living in the refugee camps in Nepal are not its citizens and cannot accept them back to Bhutan. The refugee crisis remains unresolved despite national and international pressures from different corners including the Bhutanese political and non-political organizations.

The RGOB carried out regular campaigns against its forcibly evicted citizens to avoid external pressure from the international community due to the voices raised by refugees in Nepal. With the aim of diverting the attention of the international community from the refugee crisis, the RGOB started playing political deception by saying that Bhutan has been exercising the formation of government through the electoral process since 2000 and transformed the country into a democratic system and so on. In fact, even after 20 years, no such transformations have occurred in Bhutan. All these political depictions were carried out just to deceive the outside world. Even today, the government is formed under the political party desired by the king and the council of ministers is run at the behest of the king.

Between 2008 and 2017, more than 100,000 Bhutanese refugees were resettled in the developed countries, including the United States, Canada, Australia, the Netherlands, the United Kingdom, New Zealand, Denmark, and Norway. Since the start of the resettlement program, the RGOB has been fearful of the realities coming out of resettled Bhutanese and the possibility of its political notoriety at the international level. As a result, Bhutan has been spreading propagandas by organizing conferences and seminars on the so-called “Gross National Happiness” (GNH) at various forums including the universities and diplomatic missions in the refugee host countries and putting its fullest efforts to cover up the truth of self-created refugee crisis and the gross human rights violations.

The RGOB has been promoting the GNH campaign by telling the international community that the citizens of Bhutan have been enjoying the happiest life with an average per capita income of $3,128 or more. To some extent, the RGOB has been able to convince the international community including the professors and the students at the local universities, government representatives and the diplomats in the refugee host countries as they are not fully aware of the other dark side of the GNH.

The international community does not know about the human rights violations, unlawful tortures on hundreds of political prisoners, bans on the Nepali language and culture, and confiscation of property and land in Bhutan belonging to the forcibly expelled population. They are also not aware of the worsening situations of the remaining Bhutanese refugees in the camps in eastern Nepal.

As the COVID-19 situation improves, Bhutan will seek to hide the dark side of reality before the international community in the future too. Therefore, the resettled Bhutanese need to come together to make the international community aware about the reality and exert diplomatic pressure on Bhutan. Now, it is their turn to organize the conferences and workshops at the local universities, meeting with the political leaders and the diplomats in the countries of their resettlement and ask them to hold the RGOB accountable for the refugee crisis and the gross human rights violations it has created.