Hotels business thriving in Mulkot due to road connectivity 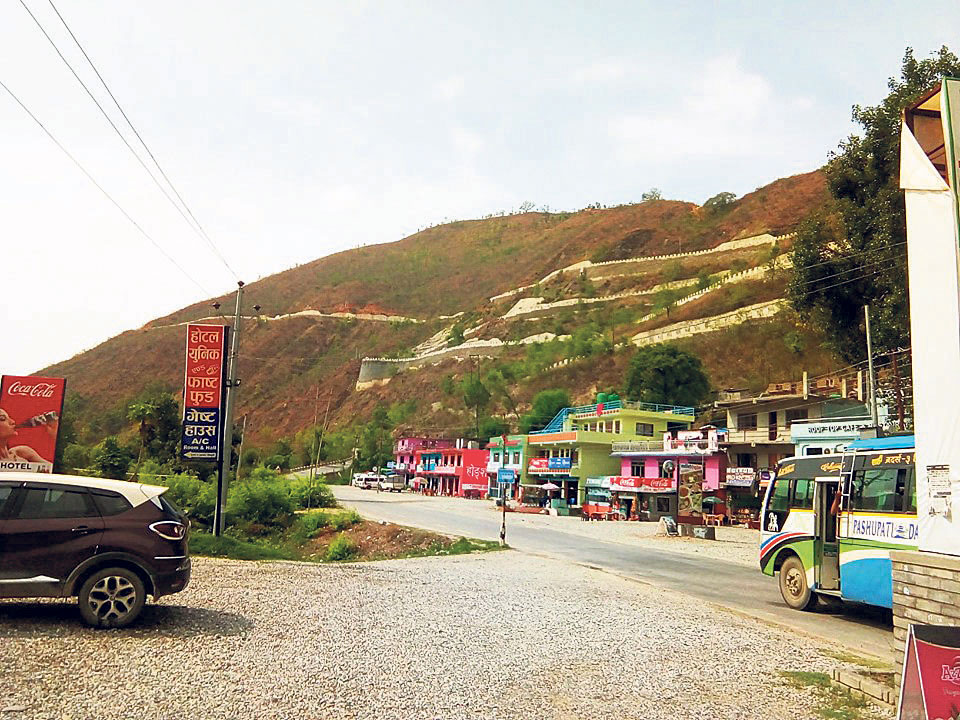 A recent photo of Mulkot Market in Sunkhoshi Rural Municipality where new hotels have emerged as it connects with BP Highway and Mid-hill Highway. Photo: Anil Bhandari/Republica

SINDHULI, Oct 31: Until a few years ago, tourists used to find it hard to get a moderate hotel to stay in Mulkot. Now, Mulkot offers around a dozen of standard hotels thanks to the link with the BP Highway. In fact, some more are also being constructed. According to Dirbu Singh Moktan, chairperson of Sunkoshi Rural Municipality, where Mulkot lies, investment for hotels in Mulkot is remarkable.

"This is exciting. Dozens of new hotels have opened up, some more are under construction," Moktan said. "This area has become a hub of hotels."

Moktan assumes that around 60 percent of the hotels in Mulkot are quite good and are doing great business. Even small eateries attract consumers.

Mulkot leads to Okhaldunga, Solukhumbu, Khotang, Halesi, Bhojpur and Sankhuwasabha. The BP Highway, which is connected to the Mid-hill Highway, brings enough visitors to this location, according to Moktan.

Not just Mulkot, hotels are mushrooming in other areas along the roadside, says Sitaram Pahadi, general secretary of Sindhuli Hotel Entrepreneurs' Association.

"Lots of new hotels are seen in Mulkot. Khurkot has also drawn enough investment in the hotel sector. But there are many other areas along the highway where hotel business is thriving," he said.

"Prices of land have gone up due to the access to road. People are massively investing in hotels and restaurants. The connection with the Mid-hill Highway and the BP Highway have impacted people's life and economy," remarked a local of Sunkoshi Rural Municipality, Min Shrestha. "The hotels get crowded with domestic and international tourists," he added.

Another local of the same rural municipality Manoj Shrestha stated that there must be over 40 expensive hotels and restaurants in Mulkot alone. "Because Mulkot alone could not cater to the needs of the ever rising number of tourists, hotels have emerged in other areas as well," he said. "Thousands of people travel through this way every day. Many of them are tourists," he added.

Four-day walk from KTM to Sindhuli: Laborers have to travel long

It was 7:30 am and BP Highway, that links Kathmandu Valley with the Eastern Terai region at Bhaktapur was jam... Read More...

Blacktopping wears off within three months