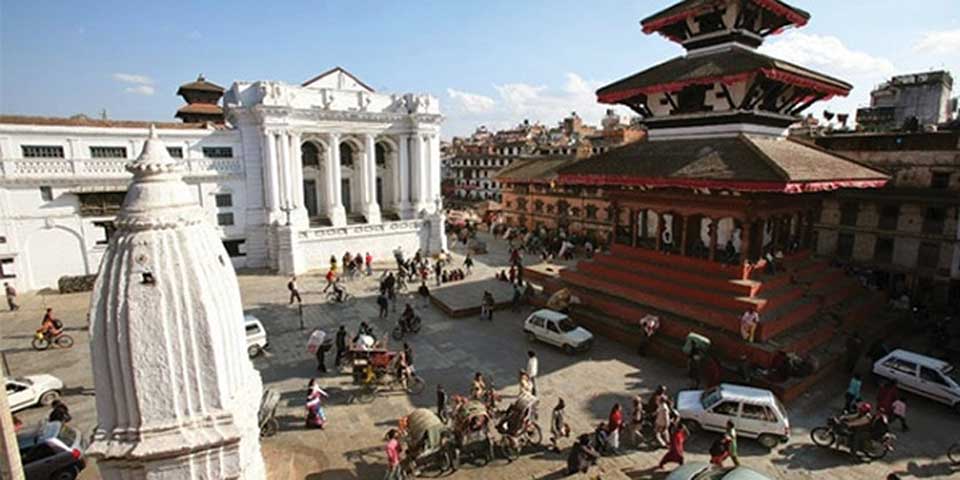 Heritage structures are not only our assets. We have a duty to preserve them for future generations just as our predecessors preserved them for us.

Imagine there are no literary works of Laxmi Prasad Devkota and there is nothing like Muna-Madan, because in the 21st century there is no such silk route through which Madan goes to Lhasa and Muna waits for her love. Imagine there is no Indra Jatra and nothing like chariot procession because, in modern Nepal, the myth of Indra appears more ridiculous than cultural and is overshadowed by eternal knowledge of science and technology.

Imagine there are no Kasthmandap, Ranipokhari and Durbar Squares.
As Israeli historian Yuval Noah Harari has explained in his book Sapiens: A Brief History of Humankind, humans have unique ability to weave stories and pass on to future generations, which enabled them to reach the top of food chain and avoid giant predators.

Humankind is the result of longest process of evolution. Recollecting memories is their unique ability which enables them to pass the knowledge of one generation to another.  History is such laboratory in this evolution process which serves as an open book for generations to come.

Most quoted wisdom of ‘a city without history is just like a person without memory’ applies in every field, especially in historical cities like Kathmandu.

Our cultures
and heritages
uphold our
identity as a
civilized and
culturally enriched
nation.

With the evolution of humankind and various development tools and technology, we’ve moved far ahead from caves to castle. Some argue we should be investing our resources and energy for future rather than waste them in heritage conservation. But conservationists and historians say ruins and structures from historical times need to be preserved.

We believe that every heritage, tangible or intangible, has their stories to tell us and many generations to come. In the following paragraphs, we argue why such heritage structures and cultures need to be preserved with a full investment of knowledge and resources.

When cultural and historical celebrations come close, newspapers report mythological and historical stories associated with such events. They glorify the importance of events and call for their preservation. Stories of Bijaya Dashami festival remind us to celebrate victory of goodness over evil. Every small heritage structure has its own stories to tell.

The story of Rani Pokhari, which dates back to 17th century, glorifies the importance of that urban lake in the middle of the city. Even a temple structure like Pachali Bhairav at Teku has a convincing story to tell about the foundation of Kathmandu valley in the ninth and tenth centuries. Because we have few written accounts of those times, these structures are the source for us to understand the history of the time. Thus destruction of such heritage structures not only marks an end of psychical structures but also extinctions of social or historical information.

Around one million tourists are reported to visit Nepal every year and the number is increasing. Major attractions for majority of the tourists are heritage structures of Kathmandu, Bhaktapur, Lalitpur, Lumbini and Janakpur. Heritage sites have engaged large mass of people in trade and business. This is why such sites need to be preserved.
Heritage sites like pyramids of Egypt, Elephanta Cave in India or Kailashkut Palace of Bishalnagar in Kathmandu not only shed light on technology used at that time but also portrays living style of people who lived at that time and their social, cultural and political beliefs. Malla period durbar squares are not only physical structures of architecture wonders. They speak volumes about that period of time.

Craftsmanship of carpenters and intricate details of sculpture in idols and temples in Kathmandu valley and technological genii of Nyatapol helped these structures withstand two mega earthquakes. They are the examples of technological excellence of Malla period.

Need to preserve
Heritages are the laboratories of history. Knowledge associated with historical stories, technological advancement associated with heritage structures and wisdom associated with culture become subject of study in a larger school of scientific thought. Modern knowledge is the result of the improved version of realization from past and learnings over the period of history.

Lintel or sill bands in the modern buildings are derived from age-old technology of bands in heritage structures or wooden bands and larger windows in many traditional buildings of Kathmandu. It will be a great loss if we ignore the traditional knowledge.

The preservation of historic sites and knowledge is a one-way-street where when we take a wrong path, there is no chance of getting back. We need to understand that such heritage structures are not only assets of the present generation. We have a duty to preserve them for future generations just as our predecessors preserved them for us. Saving heritage structures is more about keeping our memories alive, nurturing our roots and filling the basic duty of Homo sapiens: extending our knowledge to coming generations.

Sharma is a PhD student of Civil Engineering at University of Alberta, KC Planning Consultant for JICA Project @KS_Paudel @arapilkc.

Every day is a Heritage Day in Panauti

Panauti is indeed a living museum, where the cultural and traditional values are kept intact. ... Read More...

KATHMANDU, Feb 18: Even though it has improved in ranking, Nepal still remains a mostly unfree economy, according to a report... Read More...