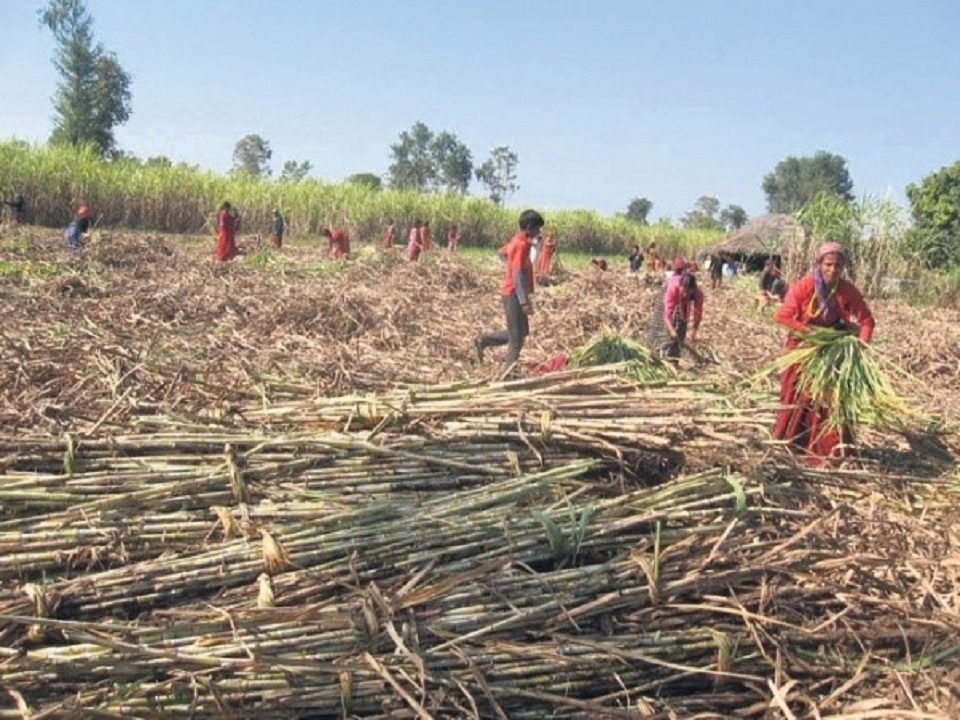 Pangeni is an investigative journalist currently with CIJ Nepal.
news@myrepublica.com

The coronavirus pandemic has exposed our vulnerabilities. During these difficult times, we have been threatened in many ways. One mighty question that many people have on their mind is: Who are the most resilient people? The answer is obviously farmers in rural areas. Their life is always in a prescribed format of social distancing, not by any force of law, but by their lifestyle. Unlike the households in cities and urban centers, settlements in villages are scattered.

However, their life has been hard-hit by the pandemic. Another striking difference will be apparent in the coming months. Many people in the cities are losing jobs and may have to empty their savings, if they have any, while paying more for food grains and vegetables due to short supply and high price. But most of those in the hinterlands hardly worry about two square meals because they have a stock of food grains, including rice, corn, buckwheat harvested in October and November last year that will last for a few more months. Other crops like wheat, potatoes, mustard are also ready for harvest. Those farmers are free from the stay-at-home routine and layoffs by companies. They are working as usual, and are self-reliant.

Sadly, farming is still among the least respected professions in Nepal. For thousands of farmers living in rural areas, earning is low and farming is largely a subsistence. They have no access to
all-weather motorable roads, good schools and decent public health services.

Most of the farmers are either landless or own a small patch of land, not enough for them to produce the food they need throughout the year. Therefore, they are compelled to do hard labor for low wages. A majority of the farmers are living below the poverty line, or earn less than US $1.9 per day (approx Rs. 218). Many of the poor farmers pay half of their produce to the landlord as a fee for land lease. Their produce is hardly enough for a few months and many (mostly youth and the head of the families) leave for jobs in the Middle East or in India.

According to the Central Bureau of Statistics, 21 percent of the population do not own land, but are engaged in farming, as wage-earners for the landlords. About half of the farming population owns less than 0.5 hectare (about 10 ropanis) of land. The pie of the total arable land these farmers own is only 15 percent.

This uneven land-holding clearly shows that richer people own up a huge chunk of arable land. Corporate houses are now on a buying spree of arable lands in and around the urban centers in the name of kick-starting commercial farming or other job-creating enterprises. Farmers are easily lured with job promises in commercial farming or enterprises, but they are not aware that they are losing land, the only means of their survival. This is prevalent despite the constitution with socialist principles proclaiming land rights as a fundamental right of all the citizens.

Even the farmers, who own arable land, are hard pressed to live with little. They do not earn enough for their family because of low productivity and the produce does not fetch the cost of farming. They lack any support in input like seeds, chemical fertilizer and technology.

A country with 60 percent farmers, Nepal continues to import agro-products at a soaring rate. Last year, the country imported such products worth Rs 215 billions, with a 10 percent growth compared to the previous year, accounting for 17 percent of the total import.

Agriculture experts underline that proper supply chain and support for farmers can substitute the import bill of agro-products. Plans and policies are devised in this regard, but have never been materialized. The major bottleneck is the lack of a proper distribution system of agriculture products. The system, which is controlled by middlemen and syndicates of the transporters, are eating away a large pie of profits that farmers should have received. Inflation of the food products has become a burden on consumers in cities. The urban poor are forced to curtail calorie intake. Prices of vegetables supplied to the market from less than 50 kilometers are more than double the farmers are paid for.

Farmers of sugarcane, defined as a cash crop in school textbooks, are unpaid for years while sugar mills sell sugar in cash. In December, many sugarcane farmers from the southern plains came to Kathmandu and protested for three consecutive days. The government repeated its promise to help them get paid.

The ongoing lockdown is a double blow to farmers. It is deemed an essential service in the law and policies, but only in papers. Newspapers are splashed with photos of milk spilled on roads, decaying vegetables in farmland and many farmers crushing the vegetables in their fields. Poultry farmers are also at the receiving end. They have been hurt badly.

As the new farming season begins, farmers have no seeds and chemical fertilizers. They are now in a situation like they were in the post-2015 earthquake. They lost their family members because their houses were not as safe. The earthquake killed over 17,000 cattle and other 40,000 small and domesticated animals, according to government statistics. Many farmers mourned the death of the family members and their cattle (as they regard their cattle as their dearest ones). Milk production took a hit and for months they could not go back to their works. Corn seeds and paddy were buried in the rubbles of damaged houses.

Before they came back to their feet, farmers had to face another horrible disaster. India imposed an economic blockade in 2015. Farmers could not supply their produce to the market due to fuel shortages. This unfortunate incident continued for about six months. The two-thirds majority government formed in 2018 announced plans to make the country self-reliant in agriculture products by 2021, and to double the agro-products by 2023. But things are not looking bright in this direction.

The sorrow of farmers’ families is overwhelming. The young family members working as laborers in India,the Middle East and elsewhere have been stranded and are facing layoffs. Tens of thousands of wage-earners from the same poor farmer families walked miles to come to the southern border, but were denied entry. Millions are stranded in Malaysia and the Middle East.

The government is not moved by the plights of these people, who merely are curious onlookers and cannot influence the state mechanism. Daily wage laborers, who hail from western Nepal, are now forced to walk hundreds of kilometers without food. Their employers (including government-run projects like Upper Tamakoshi, Mid Hill Highway and others) left them without relief and due payments.

During the 2017 elections, political parties had promised jobs for migrant workers (about 75 percent are unskilled laborers) back home and equip them with modern agriculture techniques. As the government continues to ignore the rights of its citizens during this crisis, it's only a matter of time before those hapless people are forced to take to the streets, against the rulers.

Pangeni is an investigative journalist currently with CIJ Nepal.

Let there be food

Although the COVID-2019 epidemic is primarily a public health crisis, its impact on other sectors including the agriculture supply chain... Read More...

The country is already in two weeks of lockdown and we don’t know how long it will go. While the... Read More...