Helipads being built in all local units for effective disaster response 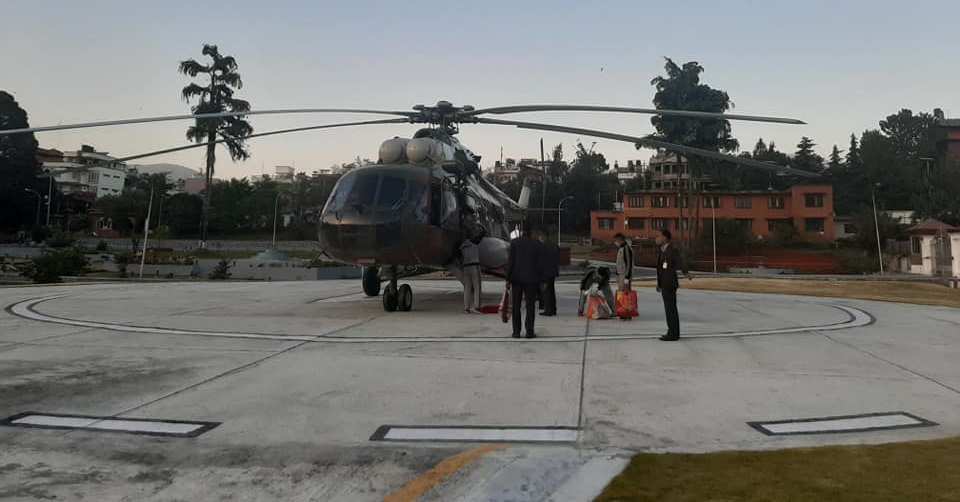 BAITADI, July 10: Helipads are being built up in all local units in Baitadi for search operations during disasters. Khagendra Bharti, information officer for the District Administration Office, Baitadi, said that a helipad has been constructed for easy landing of helicopters.

Due to the increasing impact of the monsoon, helipads are being constructed in all local bodies to facilitate emergency landing of helicopters during floods, lightning and other disasters. A meeting chaired by District Disaster Management Committee Chairman and Chief District Officer Suresh Panthi passed the disaster response plan prepared by the District Disaster Management Committee and decided to build helipads in all local units.

Shivanath Rural Municipality Chairman Karna Singh Saud said that a helipad has been constructed in the rural municipality for disaster management and mitigation. "We have built a helipad to facilitate emergency rescue," he said.

Other local units of the district, too, have started preparations for the construction of the helipads. For the rescue and management of the families who might be homeless from the disaster, each local government has to manage the shelter and provide the details to the District Emergency Operations Center. The district administration office has also requested the local governments to identify the temporary shelters in their respective regions and send them to the district emergency operation center keeping in mind the families and households affected by the possible disasters in the district.

He said that necessary materials have been readied to minimize the possible damage due to the monsoon rains, machines and tools are ready to be opened immediately if the road is blocked, and a list of those operating such machines and tools along with their phone numbers is also requested to be made available at the District Emergency Operations Center.

PARBAT, April 25: A large number of students in Kushma Municipality have been deprived of textbooks as the local unit has... Read More...