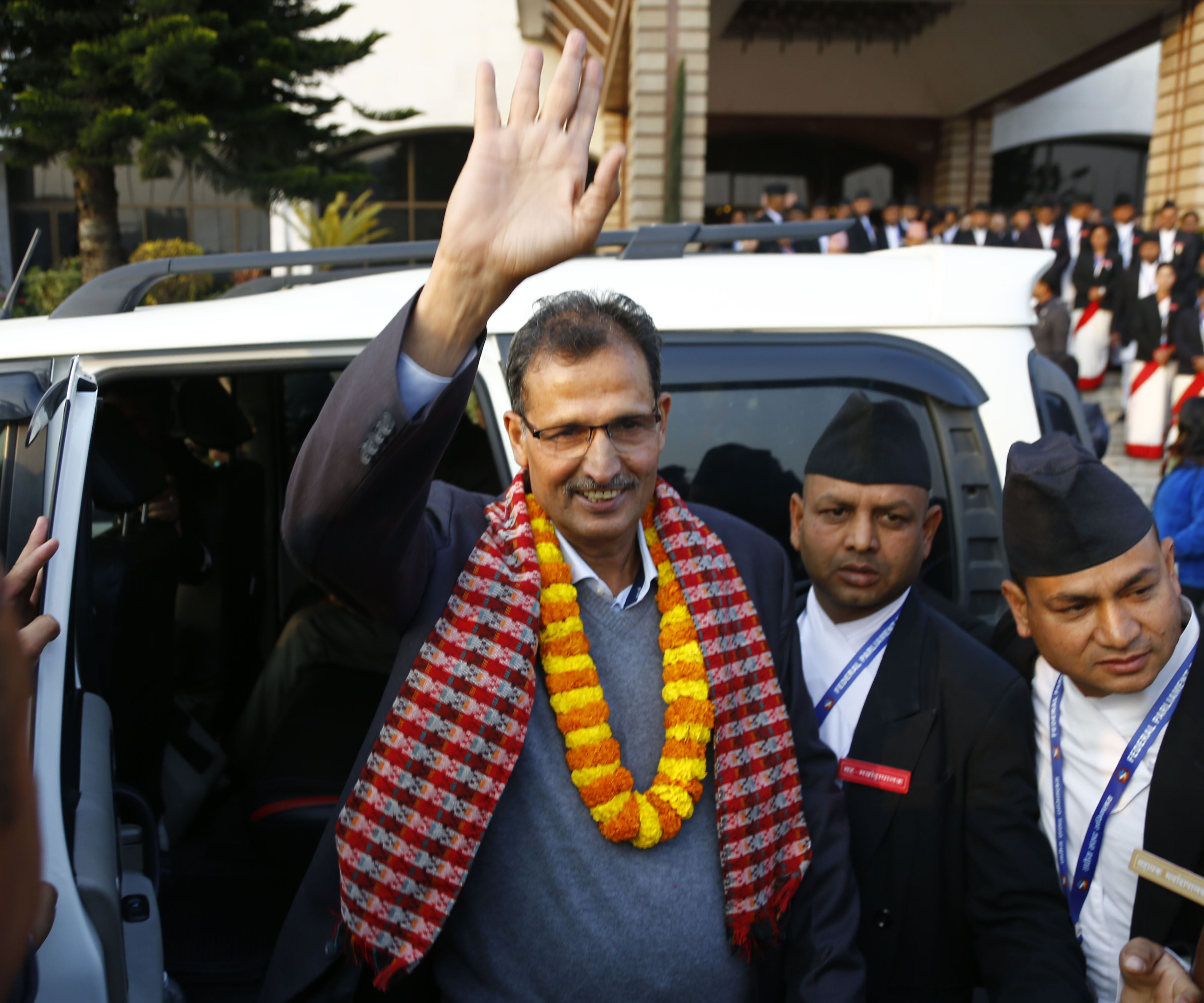 KATHMANDU, Jan 27: The Supreme Court on Sunday deferred the hearing of a writ petition filed to prevent Agni Prasad Sapkota from becoming speaker of the lower house of parliament.

The case was scheduled for initial hearing by a single bench of Justice Hari Prasad Phuyal but he postponed the hearing stating that he had argued in a case against Sapkota when the former was practicing law. The apex court also informed the petitioner that the case would be submitted for hearing Monday.

Senior advocate Dinesh Tripathi had filed the petition challenging Sapkota’s candidacy for the post and had also sought an order to arrest and prosecute him in a murder case.

Citing Sapkota’s involvement in the murder of Arjun Lama in Kavrepalanchowk district and that the case is sub judice in the constitutional bench of the Supreme Court, human rights activists and lawyers have been demanding action against Sapkota.

The apex court is conducting final hearings on two writ petitions seeking the apex court’s intervention to punish Sapkota for his alleged involvement in the murder. The constitutional bench presided over by Chief Justice Cholendra SJB Rana has demanded details of whether Sapkota has been indicted by the transitional justice bodies or not.

The bench will decide whether conflict-era cases can be tried in regular courts or transitional justice mechanisms.

KATHMANDU, April 7: A writ petition has been filed at the Supreme Court seeking its intervention to avail government support... Read More...

India reports daily rise in coronavirus cases of 343,144
42 minutes ago