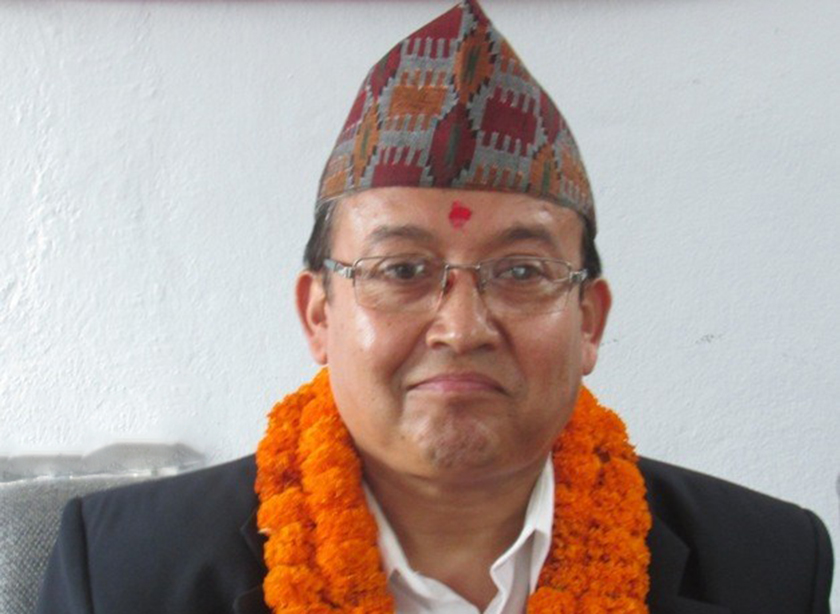 KATHMANDU, April 1: A meeting of the Parliamentary Hearings Committee (PHC) called for the hearing of Dinesh Thapaliya, the candidate recommended for the post of chief election commissioner (CEC), was put off on Sunday after request from the lawmakers representing the main opposition party, Nepali Congress.

The opposition lawmakers in the committee argued that it was unconstitutional to recommend the CEC without the participation of the main opposition party leader.

The opposition panel including former Defense Minister Bhimsen Das Pradhan and Jitendra Dev demanded that they needed to discuss the issue with Party President Sher Bahadur Deuba as the Constitutional Council (CC) had recommended the CEC without the participation of the main opposition leader.

They demanded 10 days to discuss with the party president Sher Bahadur Deuba as he is currently outside the Kathmandu Valley to attend various functions of the party.

Ruling Nepal Communist Party (NCP) leader Yogesh Bhattarai confirmed that the PHC meeting has been rescheduled for Tuesday keeping in view of the constitutional requirement to appoint those recommended for constitutional bodies within 45 days.

As per Article 284 of the constitution, the CC is mandated to make recommendations for the appointment of the chief justice and chiefs and officials of the constitutional bodies. The CC comprises the prime minister as chairperson and the chief justice, the speaker of the House of Representatives, the chairperson of the National Assembly, the leader of the main opposition party in the House of Representatives and the deputy speaker as members.

The NC said the CC meeting was held even as President Deuba duly informed Prime Minister K P Sharma Oli by telephone and even in writing that he would not be able to attend the CC meeting on March 26 due to NC’s parliamentary party meeting.

In a previous instance, the CC meeting headed by the prime minister had picked the heads of five different constitutional bodies on January 20 without the participation of the main opposition party leader.

The main opposition party then boycotted the Parliamentary Hearings Committee meeting held to confirm these nominations. But the meeting unilaterally decided to endorse the nominations.