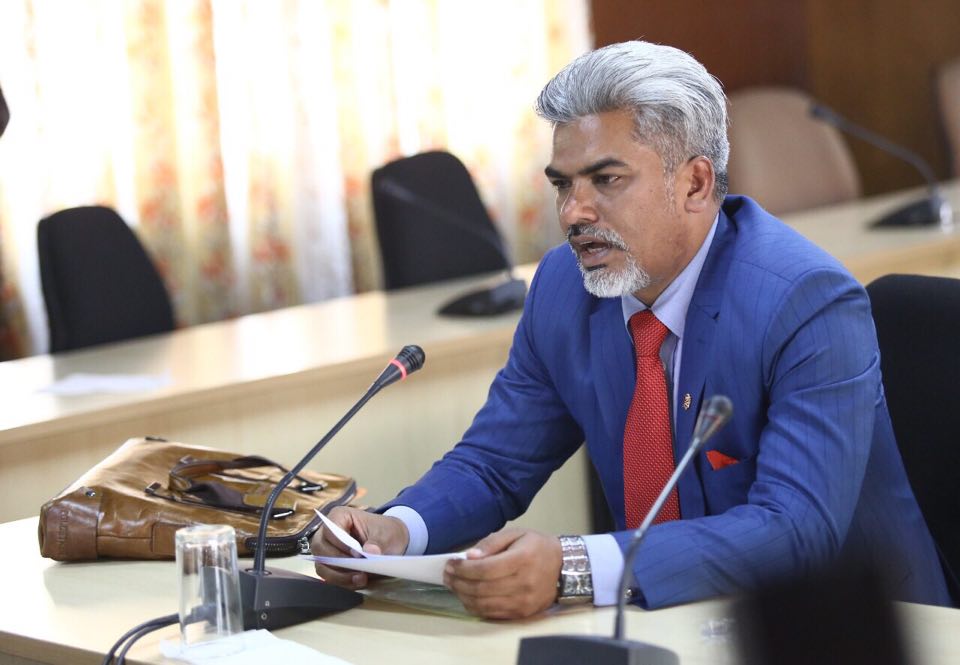 KATHMANDU, March 5: A meeting of the Parliamentary Hearing Committee (PHC) on Tuesday ended inconclusively after it failed to make a concrete decision on the fate of proposed commissioner for Muslim Commission, Samim Miya Ansari.

In the complaint filed at the PHC, Ansari has been accused of holding forged citizenship and academic certificates. The meeting held at Singhadurbar could not make decision regarding the proposed commissioner for the Muslim Commission after the meeting failed to witness the participation of required number of parliamentarians.

The meeting remained indecisive over the fate of Ansari after parliamentarians from the Nepali Congress and Federal Socialist Forum Nepal boycotted the meeting today. The committee has 15 members and only nine members were present during today's meeting. Hence, it lacked the quoram. It requires two-thirds majority to endorse the name of a proposed commissioner through the PHC.

However, eight parliamentarians from the ruling Nepal Communist Party were present during the meeting, who have been opposing his nomination since the hearing process started.

Meanwhile, the PHC on Tuesday asked the District Administration Office, Kathmandu to provide documents related to his citizenship certificates to further launch probe into the complaint.

On January 20, the Constitutional Council had recommended the five commissioners including Ansari. Earlier, the committee launched a probe into the citizenship certificate, academic documents and political affiliation of Muslim Commission Chairperson-nominee Ansari.

After receiving complaints of forged citizenship and academic certificates against Ansari, the PHC wrote to the District Administration Office, Constitutional Council and Election Commission for details of his documents.

Likewise, it has been claimed that Ansari doesn't have certificates of intermediate and SLC but has certificate of bachelor degree from Patna of India. But, according to the complaints, Ansari received the equivalence of his bachelor's degree on November 16, 2018 from Tribhuvan University, 14 years after completing his "bachelor level education". Questioning the delay in receiving the equivalence and not mentioning educational institution on his bio-data, the lawmakers demanded to probe his credentials.

The complainant has mentioned that Ansari's name has been mentioned as the 374th member of the ruling NCP central committee. He was affiliated with Rastriya Janata Party Nepal prior to the general election in 2017.