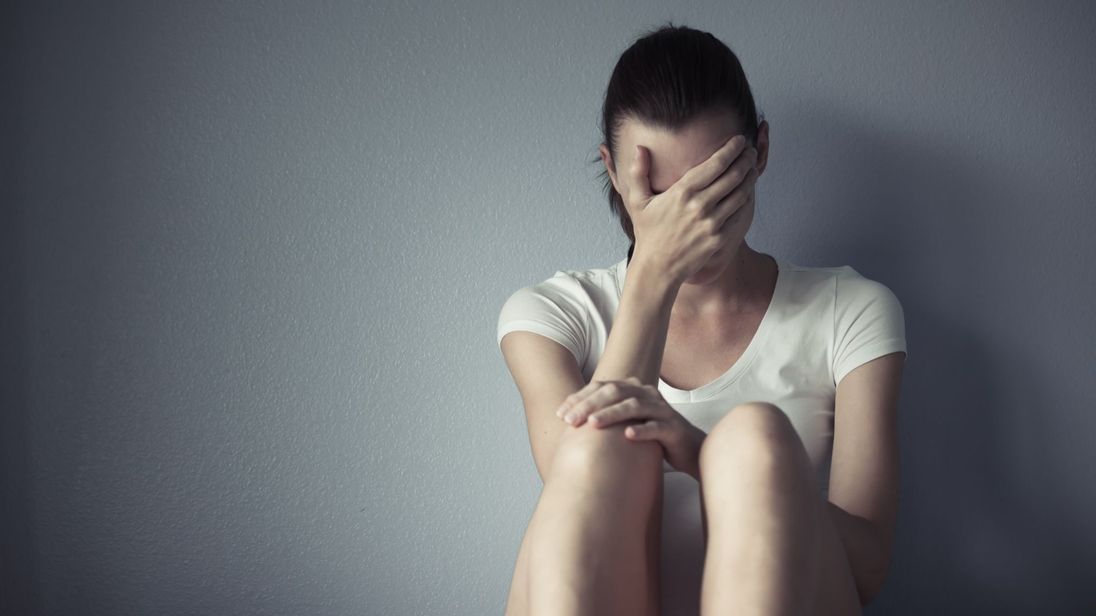 The happiness of girls and young women in Britain has declined in the last 10 years, new research has revealed.

Gender stereotypes, social media and body confidence were among the issues raised in the annual Girls' Attitudes Survey.

Izzy, 17, a member of Girlguiding's advocate panel, said the research "doesn't paint a great picture for girls and young women" but she believes there are "some positive signs".

She said: "Girls feeling more able to talk more openly about mental health makes me optimistic for the future, as does the increase in the number of girls who are speaking out on all issues.

"But the fact only 60% of girls who spoke out felt their voice was heard and made a difference shows more needs to be done to ensure girls and young women are listened to by decision makers and the issues they raise are taken seriously."

A number of teenage girls spoke to Sky News about the issues that concern them, ranging from exams and social media to worrying about how they are perceived by their peers.

Ellie, 14, said: "Exams stress me out a lot, preparing for them, and homework, definitely school stuff.

"With social media, it sort of forces you to try and meet a standard and if you're below it you start to feel a bit low about yourself."

Amiola, 14, said she felt unhappy at times because she worries about perception.

She said: "What other people think, you kind of get stressed out about how you look and what you have to do to impress others.

The survey also showed that girls are more aware of gender equality and are less afraid to speak out.

Meanwhile, 69% of females aged 11 to 21 said the government should make menstrual products available for free to young people who can not afford them.

Girlguiding's chief guide Amanda Medler said: "It's not good enough that today girls are unhappier and more of them are experiencing problems with their mental health than in previous years.

"Girls need to know when they speak out they will be heard. So now is the time for action.

"To listen to girls and respond, and for all organisations, government, schools and parents to work together to improve the lives of all girls and young women."